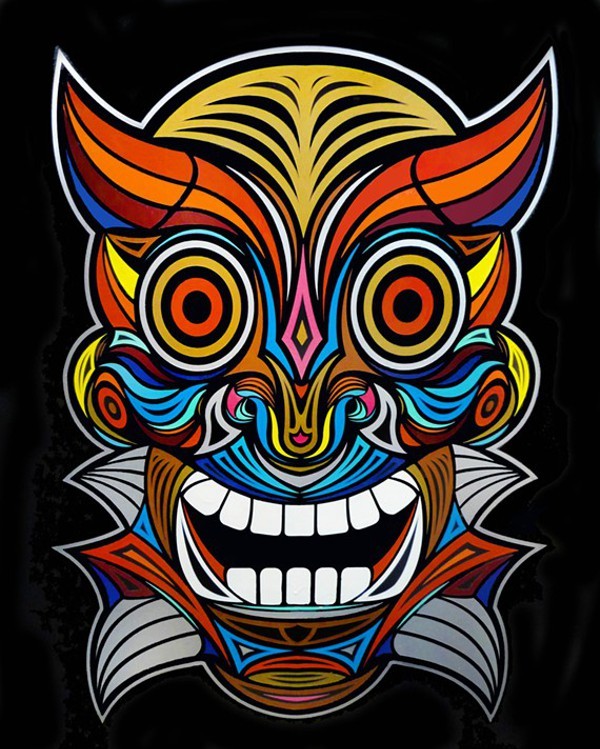 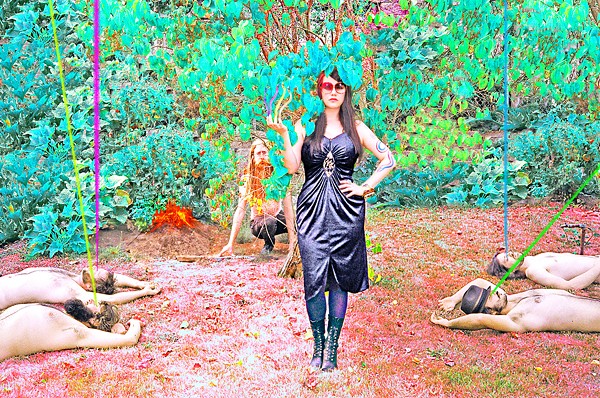 Seattle’s Midday Veil wants us to believe they’re of another dimension, and by the sounds of it, they could very well be stranded extraterrestrials. Off their upcoming release This Wilderness, lead single “Empire is No More” is an synth-rock epic that could soundtrack the fall of a great civilization, with mystic flourishes and intergalactic rays of sound. 9pm, Paper Tiger, 2410 North Saint Mary's St.

Thirty-three years ago, Steven Spielberg’s film following the friendship between a lonely boy named Elliot and a stranded extraterrestrial took this planet by storm. Now, audiences of all ages can experience the magic of E.T. set to live music as the San Antonio Symphony performs John Williams’ Oscar-winning score in sync with the film. Allegedly based on Spielberg’s own imaginary friend created in the wake of his parents’ divorce, the film stars an adorable Drew Barrymore and San Antonio’s own Henry Thomas. This event is one you’ll definitely want to phone home about. $25-$65, 8pm Fri, 7pm Sat, The Majestic Theatre, 224 E. Houston St., (210) 226-3333, sasymphony.org. — Murphi Cook

Despite the fact that AMC’s highly regarded series Breaking Bad ended nearly two years ago, for some, symptoms of withdrawal persist. And for that, there’s LA actor Miles Allen. In One Man Breaking Bad – The Unauthorized Parody, Allen singlehandedly zips through all 60 episodes of the high-school chemistry teacher-turned meth dealer saga in only 75 minutes. Featuring spot on impersonations of beloved characters including Walter White, Jesse, Saul and Walt Junior, the R-rated homage has been described as “a love letter to fans of the series.” $35, 4pm & 8pm, Tobin Center for the Performing Arts, 100 Auditorium Circle, (210) 223-8624, tobincenter.org. — MC

Last year about this time, Leighton Whittington raised more than a few eyebrows with “Salvation,” a début collection and (literal) big reveal spiked with Catholic references and styling choices one might label as NSFW. Far from a sophomore slump, Whittington’s follow-up sees the former ballet dancer and model spinning inspiration from Givenchy and YSL into wearable looks made from luxe French fabrics. Rendered in a palette reminiscent of the French flag, “Je Suis Une Femme” premieres at Brick with a presentation bookended by live performances of Édith Piaf classics. $25, cocktail hour at 7pm, show at 8:15pm, Brick, 108 Blue Star, (210) 884-8019,
leightonw.com. — Bryan Rindfuss

Opera Piccola presents a performance of Bon Appetit!, an opera inspired by Julia Child, the television chef and author who helped popularize French cuisine in America. Laura Mercado-Wright will play Child, with Kristin Roach as conductor and Cynthia Stokes as stage director. At intermission, French chocolate cake will be served to those in attendence. In addition to the short foodie show, Opera Piccola presents Douglas Moore’s one-act parady opera/hospital drama that spins a wicked love triangle against itself. Carver Community Cultural Center, 8pm

Thanks to Jesse Galvan of the Music Connection, SA vinyl freaks won’t have to visit the Austin convention to cruise through stacks of their favorite 7- and 12-inch discs. If there’s an aroma of obsession in the air, you’re in the right place. Schertz Civic Center, 8am