Stan Lee, The Ultimate Politician, Thinks Donald Trump Needs To Tone It Down 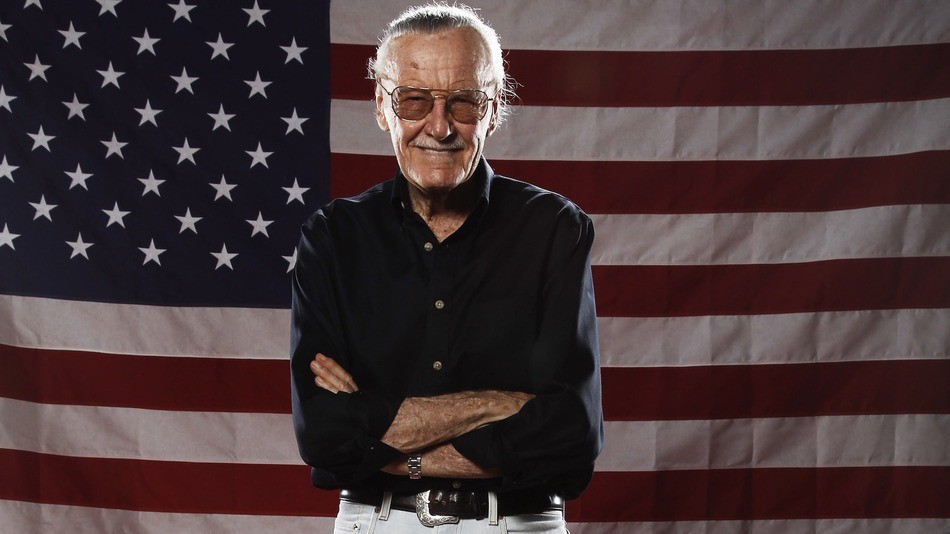 Early in his panel at Alamo City Comic Con, an audience member asked Stan Lee why he hasn't gone into politics.

"You're not the first person to say that I would be the best President of the United States," he replied.

No question he has the necessary broad appeal. Through his work at Marvel Comics, as a writer, editor, publisher, president and chairman, Lee's made immeasurable contributions to American culture. He, along with comic artists such as Jack Kirby, Bill Everett and Steve Ditko, co-created a pantheon of characters who drive a multibillion dollar industry. And as the official Marvel mascot, he serves as that industry's chief cheerleader, and he approaches that role with effortless charisma and unbridled, unceasing passion.

When Lee travels to comic conventions, he's spreading the gospel of Spider-Man to worshiping masses. Marvel follows behind to pass the collection plate in the form of comic books, movie tickets and merchandise.

A Stan Lee convention appearance is not unlike the average campaign rally. With an almost contagious energy, he delivers a fine-tuned positive message to a fawning audience of supporters. And he does it well. At nearly 93-years-old, he was easily the most energetic and lively person in the room.

So President Stanley Lieber really doesn't seem at all far-fetched. He certainly has the nerd vote locked.

Lee said he has no political ambition, but future presidents are more than welcome to go to him for advice. As it goes, Lee already has advice for Donald Trump, the candidate who, as frightening as the possibility is, may very well be our future chief executive, if his current poll numbers hold.

"Donald, look, your OK, but tone it down a bit," Lee claimed he told the candidate.

Trump should take his advice. Lee clearly knows what he was doing. His responses to fan questions showcased an almost innate political savvy. Like most politicians who achieve a certain level of broad appeal, Lee knows that to please everyone, one must not disparage anyone. Lee loves everything, and everyone is the greatest.

Which Marvel film is his favorite? They're all his favorite! Which female Marvel superhero deserves her own film? They all should get their own film! Which of his comic story lines does he love the most? He loves them all the most! 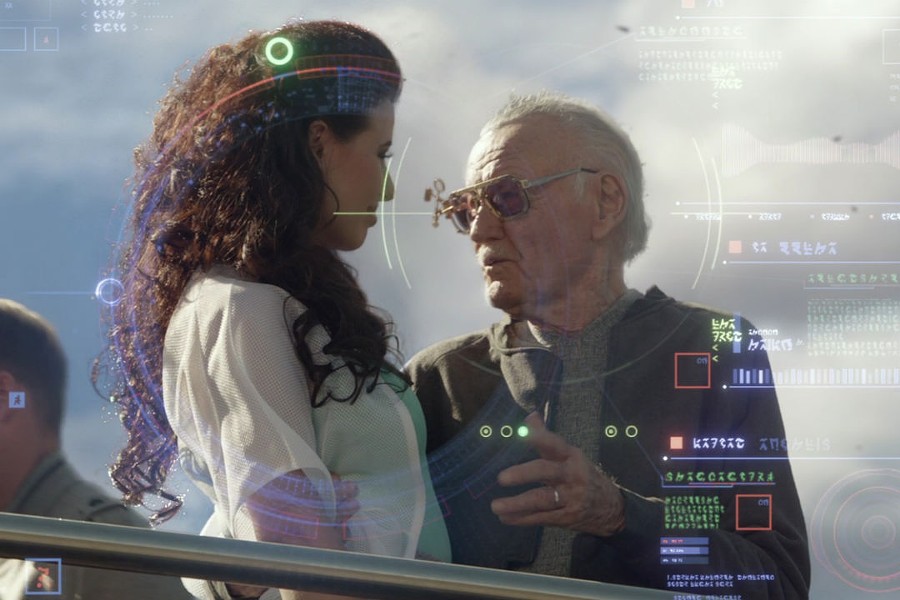 While his responses could be characterized as evasive, to an audience member in the room, his answers were believable and sincere. The man is a comic book god who had a hand in creating an entire universe, and as the saying goes, god loves all his children.

At the end of the panel, a fan asked him what advice he had for someone who wanted to follow in Stan's footsteps. Lee claimed he didn't have any advice to give.

"Why would I want the competition?" he joked. He said he couldn't say how he ascended from a poorly paid comic writer to the de facto face of Marvel and, to an extent, the entire comic genre.

"I don't even know how I got here. Everything in life is really accidental. I thought I'd write the great American novel, and I ended up doing comics," he said.

Lee may not know how he became the icon he is today, but the hour-long panel was certainly a lesson in how he became a man with an estimated net worth of $200 million, according to The Richest. Stan the Man can work a room. He possesses an ability to please almost anyone, a skill he shares with most successful politicians. That ability enables him to largely evade controversy. One could say it's his superpower.

As a living monument to nerd culture, Stan Lee resides within the zeitgeist. But as he readily admits, he was one of many artists and writers who ushered in the Silver Age of Comic Books. Yet most of them don't share Lee's cultural prominence and financial success. To comic book laymen, his collaborators are largely forgotten.

The estate of Jack Kirby, who shares co-creator credit with Lee for iconic characters such as the X-Men and the Hulk, has long complained he deserves much of the financial success that Lee enjoys. Last year, Marvel settled with the estate for an undisclosed sum, ending a suit over Marvel film royalties.  And while Kirby's heirs had to go to court for financial compensation, the company continues to pay Lee handsomely to be its public face.

As this profile from Grantland explains, the reason Lee receives compensation for his co-creations while Kirby did not was because of Lee's role in Marvel management. But to say Lee amassed a fortune for being a company man would be unfair. As his popularity — and media exposure — grows with the release of each MCU film, it's clear he enjoys both wealth and admiration because he possesses the charisma and savvy necessary to become "Stan Lee."

During the panel, a fan asked which of his Marvel contemporaries were still alive. Lee didn't know, which is to say, even he has forgotten some of his collaborators. But, like any decent politician, he deftly steered clear from a potentially embarrassing admission by calling attention to a comic artist whose name more people should know.

And to Lee's credit, he meant it. 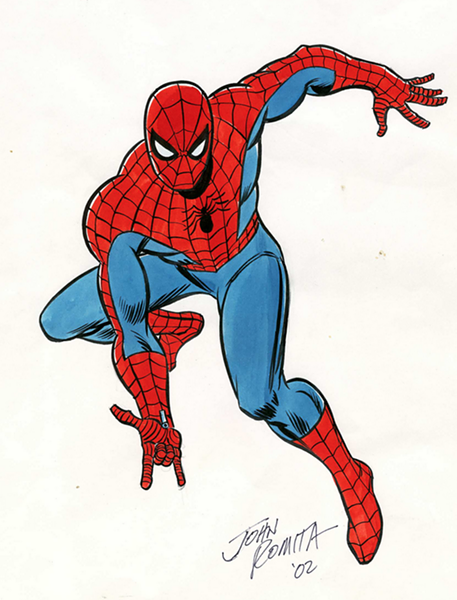 "John Romita was the most underrated guy by the public ... He better still be at Marvel, or they'll hear from me," he said.

In a room packed with both die-hards and casual fans, it's likely many didn't know who he was.

Lee praised Romita as one of the best artists to ink Spider-Man. He took over the series after Spider-Man co-creator Steve Ditko left Marvel in the late 1960s. Although he first mimicked Ditko's style, Romita eventually started incorporating a style of his own. His take on Spider-Man is the definitive look for the character, the one most of the public associates with the web-slinging superhero.

As Marvel Comics art director, he helped define the look of other major characters, including the Punisher, Wolverine and Luke Cage. He's since retired, but he does pen the occasional Spider-Man book, as recently as 2010. His son, John Romita, Jr., has also made a name for himself as a Marvel Comics artist.

Lee knows that in order to hold on to his comic book throne he has to share it. It's a quality that endears him to fans. Great power only comes from great likability. And Lee is one of the most beloved people today.

Perhaps Lee should run for president. With the madness of this election cycle, it doesn't seem at all preposterous. He's helped create so many heroes, maybe he can save us all from a Trump presidency.

Lee's cameo in Avengers: Age of Ultron was perhaps one of his best, but he wishes it was longer. In fact he hopes to get more screen time. "Please let me do a long scene," he exclaimed. (Lee's favorite movie cameo, if you must know, is all his movie cameos.)

His already filmed cameo in next year's X-Men: Apocalypse. He revealed he'll show up in the film with a special guest star.

Lee also said he will appear in Mallrats 2. This week, director Kevin Smith confirmed production will commence in January.