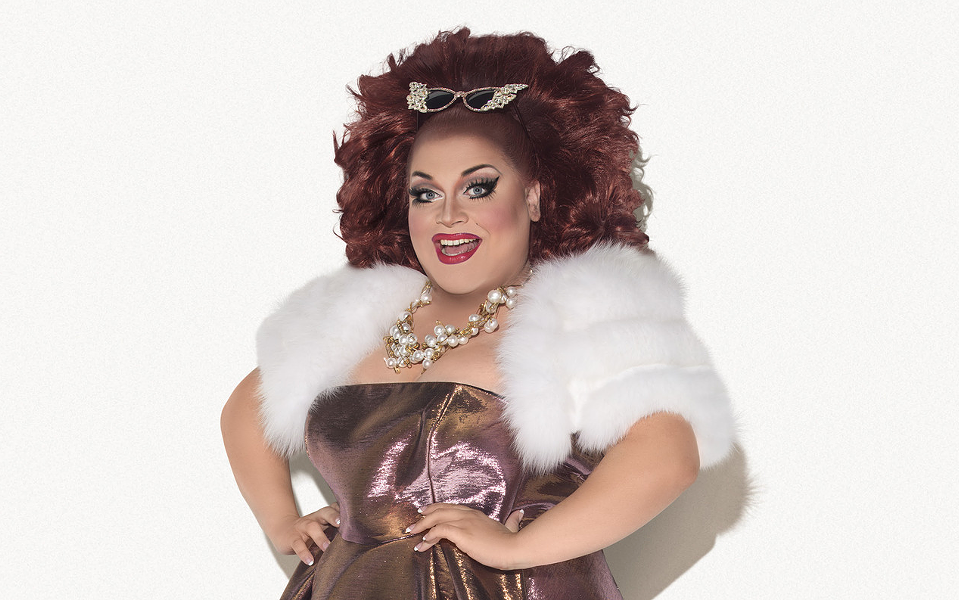 "The nicest bitch you'll ever meet" will welcome Brad Majors and Janet Weiss to the sexually charged, time-warping mayhem over at the Frankenstein place. Ru Paul's Drag Race season 7 finalist Ginger Minj has been tapped for the role of Dr. Frank N. Furter the Woodlawn Theatre's production of The Rocky Horror Show.

Minj, whose name is Joshua Eads-Brown when she's out of drag, was the undeniable breakout star of Ru Paul's Drag Race's most recent season. Her skills as an actress, singer and dancer, as well as her innate gift at turning a phrase endeared her to audiences. The Florida native made it to the finals, but inexplicably lost to Violet Chachki. And I'm sorry but anyone who gifts the public with the phrase "I about flooded my basement" automatically deserves a one-year supply of Anastasia Beverly Hills cosmetics and a cash prize of $100,000. She was robbed.

Before she was on the reality competition, Minj was a mainstay of the Orlando drag scene and regularly performed at venues such as Hamburger Mary's and Parliament House. Her drag pageant titles National Miss Comedy Queen 2013 and Miss Gay United States 2014. Since the conclusion of season 7, Minj has brought her drag act to cities around the country and released her single "Ooh Lala Lala."
“It was important to me that whatever music I released was a true representation of who I am as an entertainer. I could have dropped a dance song like the other girls, but I don't think I would have been proud of it because it wouldn't have spoken to who I am. ‘Ooh Lala Lala’ is a bit of a different sound just like I’m a different sort of queen," Minj said in a press release.

Need convincing as to why you should buy a ticket? Just look at the season 7 finale lip-sync performance of "Pray and Slay."