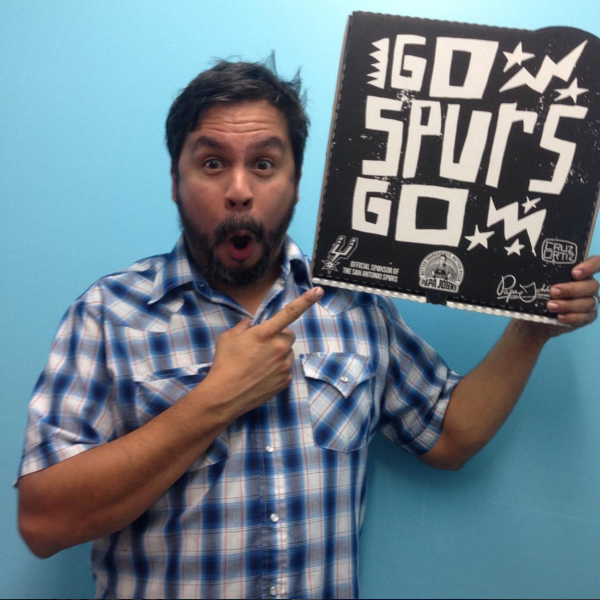 I don't think there is ever a time where San Antonians stop cheering for the Spurs. Preseason is upon us and we are seeing the Spurs everywhere lately, and we aren't complaining. Their logo will be brought even closer to us this season with a new Papa John's box designed by local artist Cruz Ortiz, founder of Snake Hawk Press, that shines like a beacon of hope saying "Go Spurs Go." According to a reporter from the NBA, Ortiz says he got the inspiration from living in the electric championship city himself. Ortiz is known for his kick-booty designs, including last year's launch of the limited 'Absolut Texas' Vodka infused with cucumber and Serrano chile pepper.

The box is tied to a three-year sponsorship with Papa John's we can rejoice over. With Ortiz's special edition pizza box comes a sweet 50 percent off deal on any regularly priced menu purchase on Wednesday night Spurs games and all playoff games. This deal provided by Papa John's can be put into action using the promo code: Spurs50.