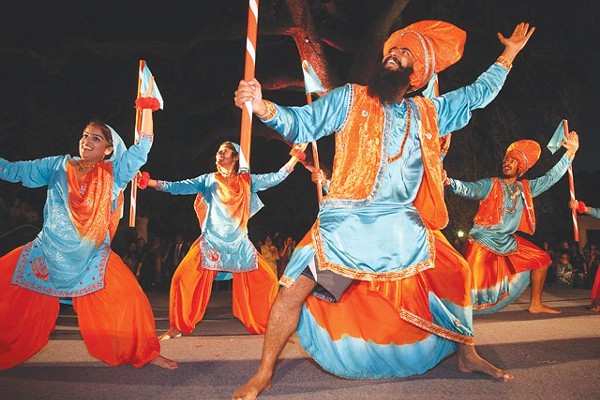 The best of India will shine at La Villita this year during the Diwali San Antonio Festival of Lights, the city's annual celebration of Indian culture and traditions.

Diwali is co-hosted by the city and Anuja SA, a local nonprofit organization from San Antonio's sister city of Chennai. The event features traditional dance, entertainment, food and crafts. The family friendly celebration includes fireworks, and a lighted candle release, known as diyas, into the San Antonio River at the Arneson River Theatre. There will also be an informative (and colorful) showcase of India's various states.

The festival historically celebrates the victory of good over evil. The San Antonio version, circa 2009, is the largest city-sanctioned Diwali in the county, bringing in around 15,000 attendees, organizers say.

“Diwali San Antonio has become an essential part of how our city celebrates and embraces its cultural and ethnic diversity," Mayor Ivy R. Taylor, who will provide opening remarks at the event, said in a press release. “The City of San Antonio looks forward each year to co-hosting this special night, which also is a celebration of our sister city relationship with Chennai.”

“We are proud to celebrate our seventh Diwali San Antonio Festival of Lights,” Anuja SA’s President Kausi Subramaniam said in a release. “As this wonderful celebration of Indian culture continues to grow, we look forward to bringing the best of India to the historical La Villita and the beautiful Arneson River Theatre.”