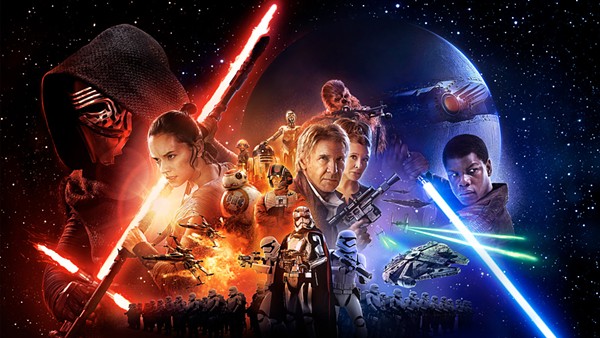 The December 15 release of Star Wars: The Force Awakens is not here yet, which is just so unfair.

Sure you can spend the next seemingly interminable month before opening night painstakingly analyzing all the new footage or reading jaw-dropping fan theories about Luke Skywalker. (There are so many.)

You can also get off the computer tomorrow and celebrate the latest addition to the Star Wars saga with other local fans.

The San Antonio Library is celebrating of Star Wars: The Next Generation at 2 p.m. on Saturday at the Johnston Branch Library (6307 Sun Valley Dr., 78227) and Mission Branch Library (3134 Roosevelt Ave., 78214). Take the kids out for some light saber training, which, believe it or not, is an essential skill in life, and enjoy food and other Star Wars-related game and activities.

Members of the Sith Shadow Council of Texas will demonstrate their light saber combat skills and answer questions at Mission Branch. Come prepared with an obscure Star Wars question to test their know-how, or ask their opinion about Jar Jar Binks.That should be good. 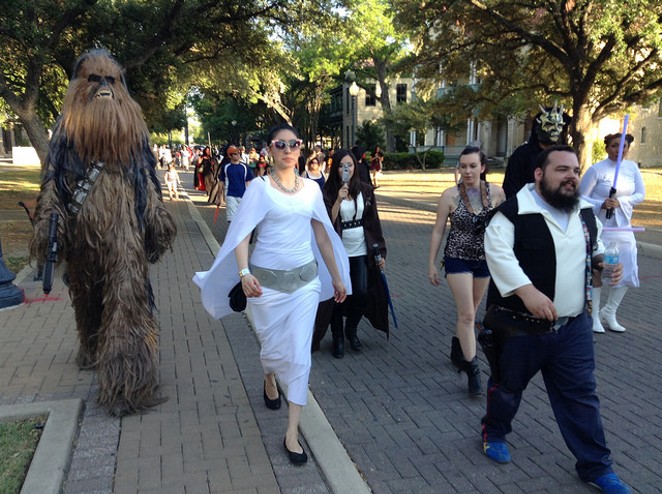 Meanwhile, the San Antonio Wookie Walk is a month away. The popular Star Wars cosplay event, slated for Sunday, December 13 at 4 p.m. at the Tower, was moved to December this year because of the film's release. So there's plenty of time to up your cosplay game.

There's also plenty of time to prepare yourself for the very real possibility that the movie will suck.