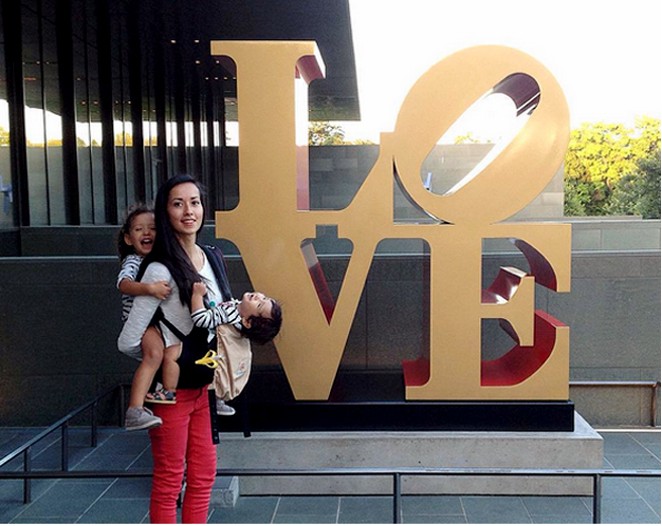 Versions of Robert Indiana's iconic "LOVE" sculpture can be found all over the world, from Tokyo to Tibilisi, Georgia, to a Hebrew version in Jerusalem.

The iconic piece of Pop art can also be found in San Antonio — at the McNay Art Museum — and is a local favorite, especially for people who love taking selfies.

Now, the museum has acquired the large sculpture that first came to the Alamo City — on temporary loan — to the museum's Brown Foundation Sculpture Terrace in March 2014 as part of Robert Indiana: Beyond LOVE exhibition.

Now part of the permanent collection, LOVE debuted in the mid-'60s after the Museum of Modern Art in New York commissioned it as a Christmas card in "chromatically bold red, green, and blue."

Subsequently, Robert Clark, who arrived from Indiana to New York in the 1950s and adopted his state's surname, found his way to international fame, becoming a household name.

According to a press release, the first LOVE sculpture was appropriately created in 1970 for the Indianapolis Museum of Art and additional sculptures followed, one of which is now owned by the McNay.

“The addition of LOVE significantly enhances the museum’s collection of monumental modern and contemporary sculpture and strengthens Indiana’s substantial presence in the collection,” William J. Chiego, the McNay’s director, says in a press release. “The McNay is grateful to the Russell Hill Rogers Fund for the Arts for their support of the purchase, adding to the roster of outdoor works acquired over the years with financial assistance from the Fund.”

The McNay says while the sculpture is "a key addition" it "also serves as a fitting ode to the late art collector, philanthropist, and patron Robert L.B. Tobin, Indiana's friend and a beloved benefactor of the McNay."

Here's a few selfies the McNay sent over with its release announcing the acquisition. 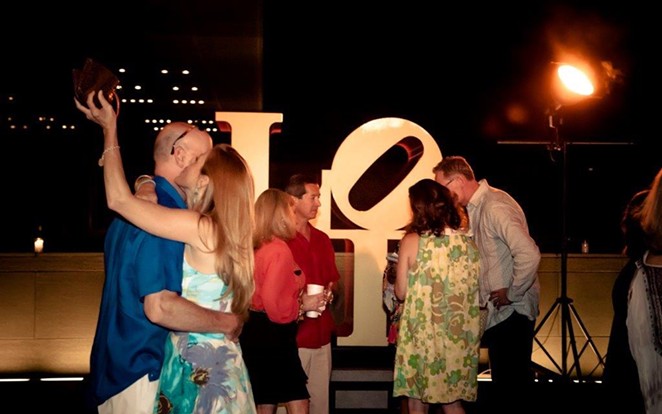