Ken Jeong on His Favorite Actor, Ken Jeong, and His Love for the Spurs 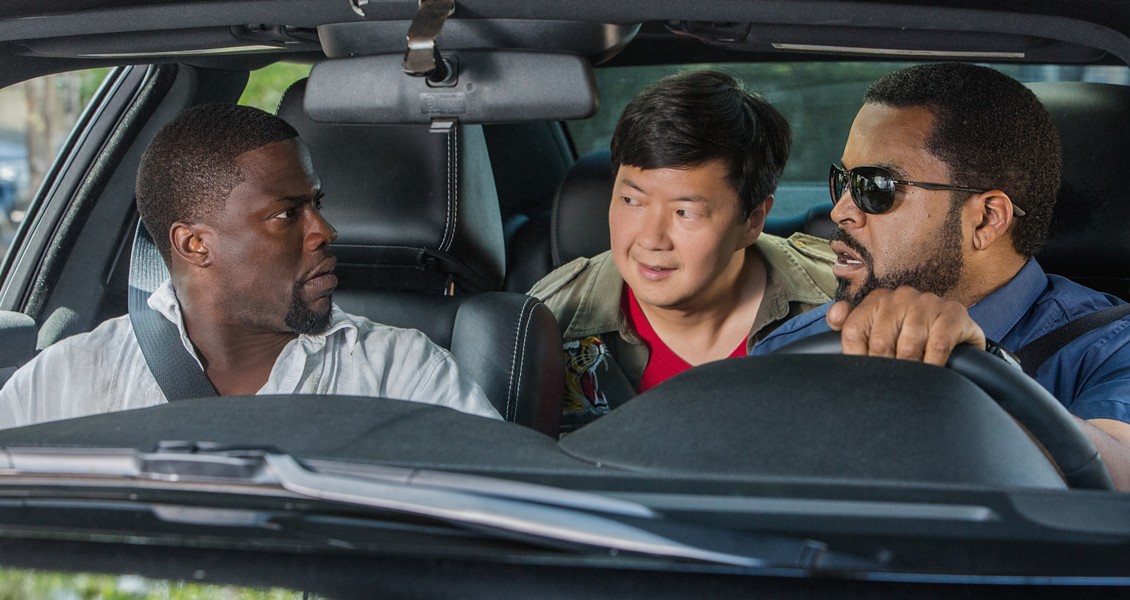 Comedian Ken Jeong (The Hangover series) is doing triple duty tomorrow. Along with his comedy TV show Dr. Ken, which airs Friday nights on ABC, the former physician-turned-actor lends his voice to the villainous anti-environment character Mr. Greene in the new animated movie Norm of the North. He also stars as a computer hacker alongside Kevin Hart and Ice Cube in the buddy cop sequel Ride Along 2. Both movies open at theaters Friday, Jan. 15.

During a phone interview with the Current earlier today, Jeong, 46, talked about how a film like Norm of the North can help families start conversations with their kids about the importance of taking care of the environment, and his love for the San Antonio Spurs. The Current also breaks the news to him that he was, unfortunately, not nominated for an Academy Award this morning.

In your past animated films, you’ve given voice to a seal pup in Penguins of Madagascar, a nail salon owner in Turbo, and the owner of a wig store and a talk show host in Despicable Me 1 & 2. Where does Mr. Greene in Norm of the North rank for you?

It was great. What I love about this role is that I’m blending comedy with education in a very funny and comedic way. I’m playing the antagonist. I’m able to have a lot of fun. Whenever you do voiceover, it’s tremendous fun. You can improvise. They encourage that. There is a great message about the environment.

When it comes to environmental issues, we always see photos and videos online of polar bears in the Arctic standing on a sheet of ice that is melting away beneath them. Do you think a film like Norm of the North is a good way to start a conversation about global warming with kids?

Absolutely. I think anything that promotes conversation with families is really great. To me knowledge is power. I used to be a physician, so I think the more we know about everything the better. It’s not about anything else but gaining knowledge. I come from a very educational background, so it’s an educational issue to me.

With your experience in the animated film industry, do you feel like you have this voiceover thing down pretty well or were there still surprises in this one?

Every project I do, whether it’s voiceover or live action, you just build upon it. Like on my show Dr. Ken, now I’m the executive producer and I’m writing as well as starring in it. And Ride Along 2, a buddy cop movie, where I’m with Kevin Hart and Ice Cube. It’s my first action comedy. That was a lot of fun. Those are projects that are very diverse. I learned a tremendous amount from them.

Speaking of Ride Along 2, that movie is opening this week, too, and will compete with Norm of the North at the box office. How do you know which movie to root for?

Oh, I just root for myself. To me, it’s important to root for your favorite actor. I’m rooting for Dr. Ken on Fridays and rooting for RideAlong 2 and Norm of the North, too. I’ll also root for you Kiko because I just love your name. I’m also a Spurs fan. I love the Spurs.

Really? I didn’t know that.

Oh, yeah. I love the Spurs! It’s funny because on Dr. Ken, I’ll often talk to my show runner or the head writer and I’ll be like, “OK, you’re Popovich and I’m Duncan. We have to play the right way!” I swear. We always talk in Spurs talk. [The Spurs] play the game the right way, so I’m a big fan.

As well as the Spurs are playing, do you think we can get past Golden State this year?

I don’t know about that. (Laughs) But you never know. The Spurs will surprise you. They’ve been the most consistent team in the NBA in the last 20 years. That’s all because of Tim Duncan and Popovich. They love situating themselves as this kind of underdog, but they’re not. I think about that all the time even in my own work. It’s not about being over the radar or under the radar, it’s about doing the work. The Spurs and their mentality always inspire me.

Are you a baller yourself?

Uh, no. I’m a horrible baller. I’m the anti-baller. We did an episode on Dr. Ken based on my love of basketball. I’m showing my son how to do a layup and I’m bricking it so hard. My son, who’s even less athletic than me, is like, “Dad, I’m not a jock like  you!”

Back to Norm of the North real quick. A lot of attention has been paid to the grizzly bear that tears Leonardo Di Caprio to shreds in The Revenant. Do you think there is enough room for another bear at the box office this week?

I think there is enough room for grizzly bears, polar bears, teddy bears, the bear that does the toilet tissue [commercials]. There’s a lot of diversity in the bear kingdom. There’s bear hugs, too. I think that’s five bears right there. Well, four bears and a hug. Oh, Care Bears. I think there are a lot of bears to be had in this world. Instead of awareness, I call it a-bear-ness.

Oscar nominations were announced this morning and I’m sorry to say you did not get a nomination this year. Can I get a reaction from you on this obvious snub?

Are you kidding me!? I didn’t get a nomination for anything? (Fake crying) I mean, I guess we’re all winners. I’m not worried about it. I’m fine. At least I get to talk to you, Kiko. I turned off my phone because I didn’t want any spoilers, so great! I didn’t get nominated for anything?! Anything!?

Finish this sentence. Even on my funniest day, I’m nowhere as funny as…

Anybody who was nominated for an Oscar because they’re all winners and I’m a loser!