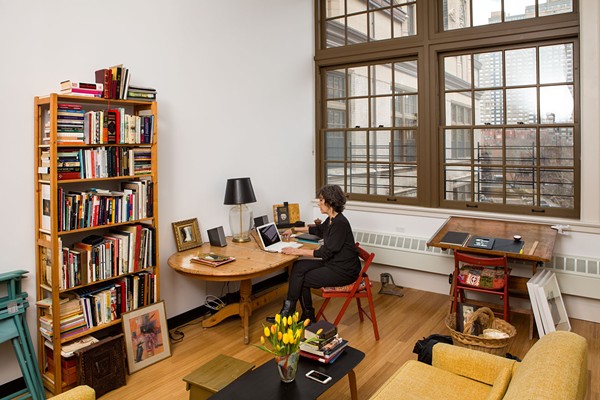 Artspace is in the Alamo City this week evaluating whether San Antone is a good fit for one of its "affordable live/work" projects for artists.

Centro San Antonio announced Monday that representatives from the organization, which it says is a nationally recognized leader in arts facilities development, are here through Wednesday.

“We’re excited that Artspace views San Antonio as a potential market for one of their projects,” Pat DiGiovanni, CEO of Centro San Antonio, says in a press release. “Downtown is home to many of San Antonio’s iconic artistic and cultural institutions and venues. There is a thriving arts scene in the surrounding neighborhoods and we want to help artists and creative professionals who are energizing that scene find affordable spaces to live and perfect their craft."

Established in 1979, Artspace has completed 39 projects in 16 states and Washington D.C., with three more projects under construction. The projects provided more than 1,500 artists with affordable spaces to work and live, according to Centro San Antonio.

On Tuesday, from 7 to 9 p.m., Centro San Antonio and the Department of Cultural and Creative Development will host a community meeting at Plaza de Armas to gain input on arts and culture in the Alamo City. Artspace is also leading several focus groups with artists, art organizations, property owners, developers, civic leaders and philanthropists.

The proposed partnership with Artspace roots in the past 18 months as the city has worked to develop an arts and culture plan for Downtown and with the establishment of Zona Cultural, a cultural district between Main Plaza and Market Square that received designation by the Texas Commission on the Arts last fall as a state cultural district.

“We’re excited to explore the viability of a live/work project in the urban core,” Felix Padron, director of the Department of Cultural and Creative Development, says. “Providing affordable space to artists and creative professionals fits with our vision for downtown as a vibrant neighborhood with a diverse mix of residents and a welcoming place for entrepreneurs.”

Wendy Holmes, a senior vice president at Artspace, says the organization has taken note of the Alamo City.

“There is great momentum in downtown San Antonio and its surrounding neighborhoods, and we look forward to exploring the opportunities for Artspace to play a role in carrying that momentum forward,” Holmes says.