She may only be 17 years old, but Saint Mary’s Hall senior and local filmmaker Alexia Salingaros is a veteran when it comes to the film festival circuit. 2016 marks the third consecutive year that Salingaros was accepted into the Texas High School Shorts section of the South by Southwest Film Festival.

In 2014, Salingaros co-directed a hand-drawn animated short with her older sister Sophia called Evolution that was screened at SXSW. Last year, Salingaros went solo and two of her shorts, the stop-motion animated film Luminosity and the documentary KERS, were accepted into the festival.

This year, Salingaros returns to the SXSW Texas High School Shorts competition with two more films – the hauntingly stylish and pristinely-shot Lady of Paint Creek, and the culturally appealing documentary Of God and Bells. 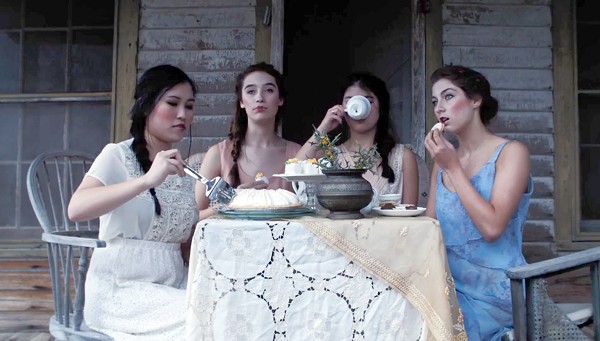 During an interview with the Current this past weekend, Salingaros talked about the inspiration behind her two newest short films, how she became interested in movies and how she has seen herself grow as a filmmaker during the last few years in high school.

The screenings of all the Texas High School Shorts takes place Saturday, March 12 at 3 p.m. at the SXSW Satellite Venue: Marchesa (6226 Middle Fiskville Rd.) in Austin. An additional screening of the short films will happen Saturday, March 19 at 11:15 a.m. at the same venue. For more information visit sxsw.com.

Talk about the inspiration behind Lady of Paint Creek.

I was going for the poetic approach. The film is based on a poem by Alfred Lord Tennyson called “The Lady of Shalott” (1832 & 1842), which I read in English sophomore year. I had this one particular friend who was in love with that poem. We got to talking about developing a movie. In the poem, there is a curse on this girl that keeps her trapped in a room. If she looks outside of her room, she will die. This handsome guy comes by and she looks out and dies. So, we put a twist on that. [Lady of Paint Creek] is trying to display conformity in society.

[The characters] are portrayed as dolls. All they do is sit there. They do
nothing productive or creative. They just sip tea all day. So, one day the
heroine tries to distance herself from that by searching for literature, but it
turns out that makes her late for tea. For her to try to escape society, the
only way out is death. 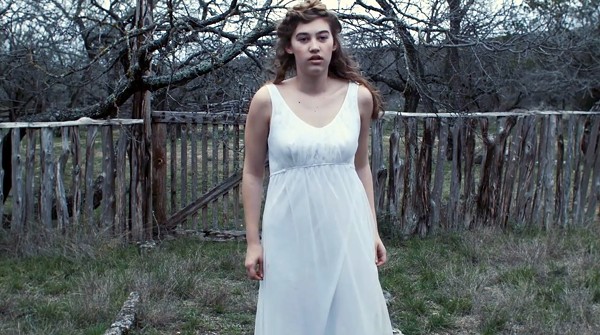 What about Of Gods and Dolls? Explain what the documentary is about.

The documentary is on classical dance from India called bharatanatyam. There are several different types of Indian dance. My sister, who loves ballet, got introduced to this dance form when she was small and has been doing it for seven years now. My family has been engrained into the Hindu community in San Antonio. I really wanted to explore that through film. The film follows a young dancer and a middle-aged dancer and talks about how both of them are trying to keep their culture alive while they’re living in this American, urban
environment. 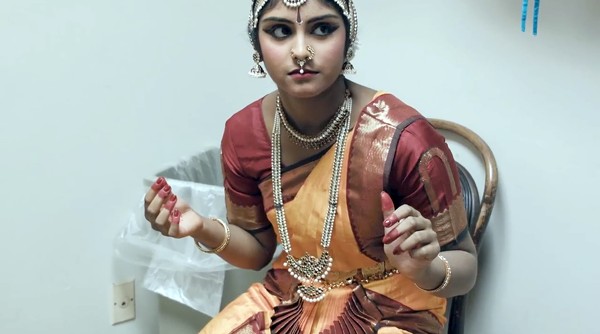 When you decide on the kind of film you want to make next, does there have to be a personal connection to you, whether it’s a poem you read or a culture that is familiar to you? Do you feel more passionate about a project because you can relate to it in some way?

I’m not projecting myself onto the films, but I definitely do connect with them. It’s always an idea that I’ve been cultivating and drawing in what I see other people doing. To me, it’s personal because I created it. In that way I feel attached.

What is your first memory of movies? What drew you to this art form?

My mother is from Belgium and my father is from Greece. I grew up in a very multicultural household. We didn’t really watch too much mainstream media. So, I grew up with the classics from all over the world. That’s what I remember. There are a lot of French films I remember, but also American classics like Roman Holiday and An American in Paris.

My dad really liked Sergio Leone and all of his westerns. I don’t remember going to the movies and thinking, “Oh, I want to do that!” All of that was already brewing. My sister and I started by making musicals with our Barbies. I remember in the 7th grade during the summer, I was really bored. I was a huge tomboy, so I had all these Legos. I was like, “I want my Legos to come to life.” So, I looked up on YouTube how to do that and some guy was like, “OK, you move it and take a picture. It’s called stop-motion animation.” That’s how I started. 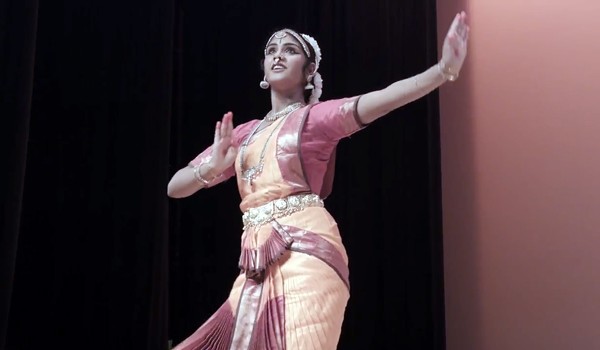 Do you plan on studying filmmaking in college?

I’d like to. I’ve applied to really strong filmmaking programs – not AFI because I don’t want to go to school just for film. I applied to USC, UCLA, NYU, Columbia, UT-Austin. I’m still waiting to hear back. I definitely would love to make [filmmaking] a career. I don’t know if I’m going to end up being a director in Hollywood, but as long as I can tie film into whatever I’m doing creatively, then I would really like that.

In the last couple of years, what have you learned about yourself as a filmmaker? Have you seen yourself grow?

Yeah, I definitely think so. When I started off just making animations by myself, it was all focused on me. Throughout the years I’ve had to branch out. What I’ve learned is that I have a vision, but I shouldn’t just trudge through [the process]. What I think I’m good at is finding people and finding out what they are good at and what they enjoy doing that way we can share in the creative process.

You did a great job casting for Lady of Paint Creek. I’m assuming you’re not the kind of director who just casts her friends like most high school filmmakers might.

I was fortunate enough to find people who were actually interested in acting. (Laughs) I’ve never been at the point where I’m forced to put my friends in my movies. When I had nobody, I would just use myself. I’ve been in two or three of my films when I had no one else.

Besides film, what else interests you?

Well, the reason I love film is because it encompasses everything. I’m able to do hand-drawn and stop-motion animation. I get to write scores for my own films when they’re not too big. It’s all the art forms in one big package!

I didn’t realize you were a musician, too.

Yeah, I’ve been taking piano lessons since I was five. I got bored of playing other people’s work, so I started writing my own.

So, I’m guessing no royalty-free music for your films, huh?

No, I’d rather cater the music. I want the music to speak to me. Maybe the ideas that were not portrayed through the actors or the cinematography can be heightened through music.

Are you working on anything new right now?

Yeah, I’m working on a film for my senior thesis. I teamed up with a bunch of high school and college kids from around [San Antonio]. I wrote and directed it. It’s a period drama – late 1800s. It’s probably going to be about eight to 10 minutes. It’s called Louisa. That’s the name of the main character. It’s sort of a psychological thriller. It’s a romance piece, but there is a fantasy element to it. I’m going to have to make a five-minute cut (SXSW rules for the Texas High School Shorts competition), so I can submit it for next year.

What is it like for you to watch your films on the big screen at SXSW?

I’m always really nervous, but I really enjoy it. You can kind of feel the audience’s reaction to it, especially when they come up afterward and say how it made them feel or how they connected to it. Sometimes I get emails from random people. Someone emailed me and said [about Of Gods and Bells], “I studied in India. I found your work. Thank you for sharing it with the world.” Small things like that keep me going because it shows me that people actually do care. It’s a great feeling.