Luminaria Flicks the Switch on Its Latest Footprint: The near East Side 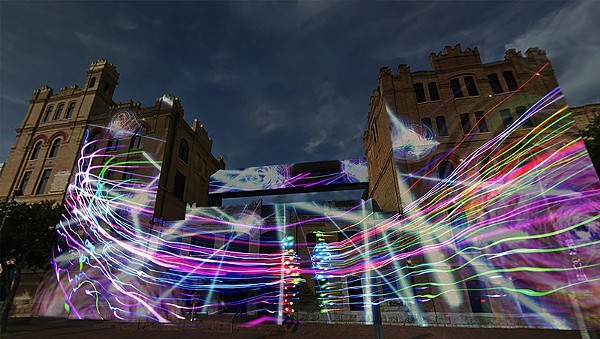 In November, Luminaria 2016 will make the East Side glow with dazzling light and color.

Organizers announced Monday morning that Luminaria's newest footprint will be in "Downtown East, a neighborhood rich in San Antonio's African-American history and culture, and a booming hub of creative energy."

Lumanria's headquarters will relocate to the Ella Austin Community Center to collaborate with the community.

Luminaria 2016 will be a multi-day program culminating in a night festival on Friday, November 11, from 8 p.m. until midnight, which gives artists of all media or genre plenty of time to submit proposals.

Open call for submissions is between April 1 and May 5. Proposals can include visual, performance, musical, literary, comedy, fashion, architectural, film, light and mixed media, and can be submitted at luminariasa.org.

Applications will include a project proposal, budget summary, and media samples. Luminaria is a showcase of new works or Texas premieres. It is staged in a different downtown location every year thus encouraging artists to create site-specific, genre breaking new works.


The Carver Community Cultural Center — a historic beacon of African-American culture in San Antonio — will be Luminaria's "anchor artistic partner."

“Start where you are, with what you have. Make something of it. Never be satisfied.”