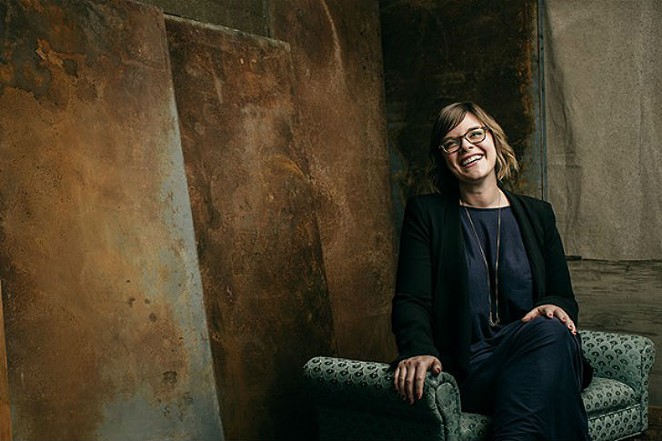 Anna Stothart, Curator of Modern and Contemporary Art at the San Antonio Museum of Art for the last 14 months, is taking her talents northeast.

Stothart, who was chosen last year by the San Antonio Current as one of the “Most Captivating” people in the city, has accepted a new directorial position at Lehmann Maupin Gallery in Manhattan.

"I have learned an enormous amount in the last year of what it means to be a contemporary curator in an encyclopedic museum,” Stothart told the Current early Tuesday afternoon. “It has been a privilege to work with SAMA¹s collection and to think of the various ways it can engage with larger art historical conversations as well as highlight the important collections that exist in San Antonio.”

During her time at SAMA, Stothart has presented two traveling exhibitions – 28 Chinese and Corita Kent and the Language of Pop. She has also expanded the contemporary art program with the recent reinstallation of the contemporary galleries.

According to a SAMA press release, Stothart’s responsibilities at Lehmann Maupin will include overseeing and generating written content and programming for the gallery and focusing on museum and major collector acquisitions.

“I have been so fortunate to work with such talented and incredibly smart colleagues here at SAMA,” Stothart added. “The San Antonio contemporary art community – collectors, artists, curators, gallerists, media – welcomed me with such open arms. I have developed some very important relationships I know will continue into the future.”

As for the international exhibition she was planning for October tentatively titled “In the Dust of This Planet,” which was to explore the parallels between zombie pop culture and society’s “underlying anxiety about the environmental crisis and human extinction,” Stothart said it is still under discussion on whether or not the exhibition will move forward at SAMA.