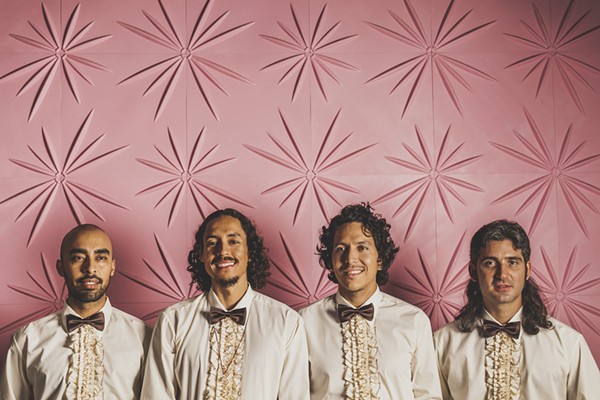 In the 73-year film history of the Caped Crusader, every actor to portray Bruce Wayne has been white — hitting a nadir this year with Ben Affleck, the pastiest of them all. But LA funk quartet Chicano Batman envisions an alternative history, in which the Batmobile cruises down the 101 blasting sunny-day soul and Latin rock à la Santana on mescaline at Woodstock. If you’re a fan of the guitar, don’t sleep on the lively work of supporting act Imarhan, playing the Tuareg music of North Africa. The Algerian quartet is psychedelic in the long-form sense of the word, when droning riffs create loops of rhythm and heat-bending improv. $14, 7pm Thu, Paper Tiger, 2410 N. St. Mary’s St., papertigersa.com. — Matt Stieb

In an “attempt to investigate urban transformations and the evolution of sustainable cities,” Dr. Antonio Petrov, assistant professor of architecture at UTSA, and his students will exhibit a 50-foot-long model of Broadway to show how their design could help shape the San Antonio corridor and create more public space by including walkways, dog parks, recreational areas, public plazas, bike paths and a public garden. The event is “part exhibit, part conversation and part public engagement.” If their plans include bringing back the Brackenridge Park Skyride, we’re all in. Free, 6pm Thu, Brick, 108 Blue Star, (210) 262-8653, cacp.utsa.edu. – Kiko Martínez 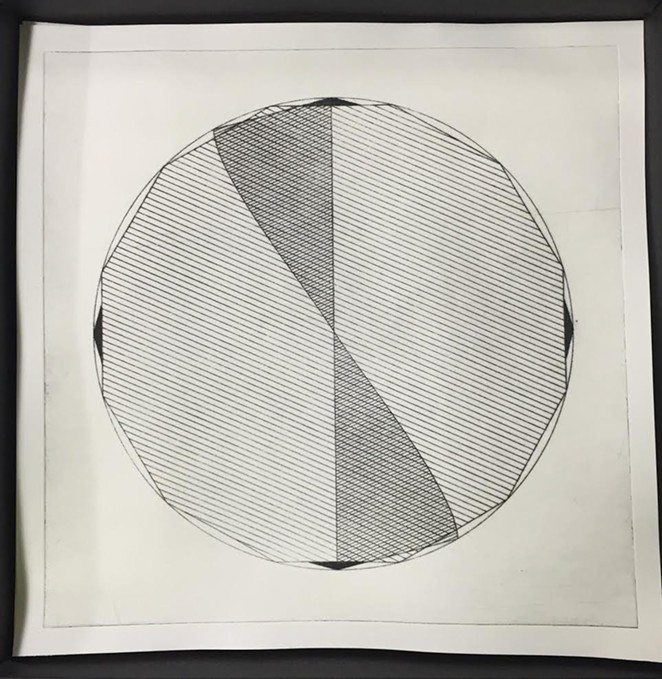 Enfrascada, a new play performed in English with a light dusting of Spanish, is the latest from Tanya Saracho, a Chicago-based screenwriter and playwright who’s worked on HBO’s Girls and Looking. Enfrascada finds the nationally recognized writer/performer exploring the quirky intersection between old and new remedies for heartbreak. When the lovelorn protagonist Alicia, described as a tightly wound Latina curator, and her friends turn to the “old-school Santería” of neighborhood elders, pointed hilarity and poignant opportunities for reconciliation of diverse approaches ensue. $12-$15, 8pm Thu-Sat, Guadalupe Theater, 1301 Guadalupe St., (210) 271-3151, guadalupeculturalarts.org. — JC

In an art world riddled with esoteric concepts and high-brow commentary, a keen sense of humor is always a welcome breath of fresh air. A champion of this rare balance between wit and artistic prowess, octogenarian artist Pedro Friedeberg boasts a long and impressive exhibition history (highlighted by a 2009 retrospective at Mexico City’s Palacio de Bellas Artes) and an official bio that includes his invention of “several styles of architecture, as well as one new religion and two salads,” not to mention an admiration for all things “useless, frivolous and whimsical.” Born in Italy and raised in Mexico, Friedeberg has proven his mastery with everything from prints and paintings to textiles and hand-carved Mahogany chairs — all falling within an odd middle ground between surrealism, figuration, folk art and geometric abstraction. With “Praise of Folly,” Ruiz-Healy Art brings the “master illusionist” and his wide-ranging works to light in a solo show and companion catalog featuring an essay by Dan Cameron. Free, 11am-4pm Thu-Sat, Ruiz-Healy Art, 201 E. Olmos Drive, (210) 804-2219, ruizhealyart.com. Through June 18. — BR

A timely arrival for a city still clearing the colorful dust from an 11-day Fiesta, renowned contemporary artist and 2001 Artpace resident Rivane Neuenschwander’s kinetic installation “Secondary Stories” references a “direct association” between confetti and her native Brazil’s week-long Carnival. Employing a similar visual vocabulary as her 2006 Cao Guimarães collaboration Quarta-Feira de Cinzas: Epilogue (a video that references Ash Wednesday and the aftermath of Carnival via ants marching around to samba music carrying bits of leftover confetti), “Secondary Stories” invites viewers to tilt their heads back and gaze up at a slowly shifting constellation of supersize confetti suspended by a translucent Coroplast ceiling. Activated by a network of hidden fans, the multi-colored dots shuttle around in clusters or fly solo — every so often slipping through one of four escape holes and fluttering down to the gallery floor. Evoking the type of banter that could occupy a kitten for hours on end, “Secondary Stories” sets the stage for meditative contemplation and playful selfies alike. Previously shown at New York’s Tanya Bonakdar Gallery, the room-size installation makes its Texas debut at the Linda Pace Foundation’s SPACE gallery accompanied by two photographic series and a trio of videos set to rotate during the show’s run. At the reception: snacks from Chamoy City Limits, Brazilian-inspired cocktails crafted by Park Social and music by sound artist Justin Boyd. Free, 6-8pm Fri, SPACE, 111 Camp St., (210) 227-8400, lindapacefoundation.org. Through July 29, 2017. — BR 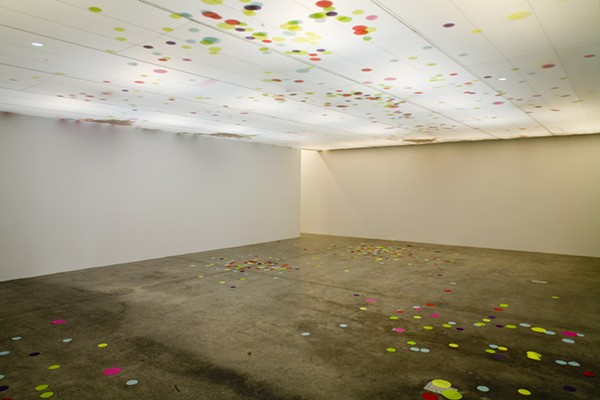 Now that Prince is gone, who will rise to the title of the coolest person on Earth? A dark horse is Ishmael Butler, of the thoroughly woke duo Shabazz Palaces. In the ’90s, Butler was responsible for some of the smoothest bars of the jazz-rap generation as a member of Digable Planets. After a few years out of the industry, he returned as the soothsaying mouthpiece for SP and moonlights as an A&R man for Sub Pop. Given his professionally dope palate, this DJ set at The Mix’s grand reopening should be a grad program for the music you should be tuned into right now. Also on the bill: Maneaters of Tsavo and Blaak Heat. Free with RSVP, 9pm Fri, The Mix, 2423 N. St. Mary’s St., (210) 735-1313, themix-sa.com. — MS

Premiering onstage in 1946, Garson Kanin’s comedy Born Yesterday was among the era’s longest-running plays, staying firmly planted on Broadway for nearly four years. The narrative follows a sugar daddy millionaire who hires a journalist to teach his mistress proper etiquette when her lack of social graces starts to affect his business. Two films were also made: an Oscar winner in 1950 and a Razzie nominee in 1993. Matthew Byron Cassi directs The Classic Theatre’s production through May 22, with a community talkback following the May 15 performance. $10-$25, 8pm Fri-Sat, 3pm Sun, The Classic Theatre of San Antonio, 1924 Fredericksburg Road, (210) 589-8450, classictheatre.org. — KM