Fourteen months after the San Antonio Current ran a cover story on filmmaker Ramiro Avendano and the animosity he created among the local film community stemming from the production of his film Zombie Reign, the ambitious director's name has recently bubbled back onto the pages of social media.

It started on April 28 with a blog post from David Quintana on the website qstormdirector.blogspot.com. Quintana refers to himself as a "licensed private detective." In the blog, he defends the allegations made against Avendano in the past and states that he allegedly investigated those accusations himself and found them to be character assassination at best. The blog was updated on April 30 to inform readers that Zombie Reign "was completed by the team in San Antonio."

Quintana did not return the Current's email for comment.

After Quintana's blog was posted, a few other supporters came out of the woodwork to share their excitement about Zombie Reign apparently being in the can. This included a Facebook user named Carl Kolchak who calls Avendano's past alleged indiscretions a "smear campaign." These indiscretions include lying to his cast and crew about the film's funding, turning rehearsals into personal make-out sessions with his actresses and breaking contracts.

Kolchak did not return the Current's online message for comment.

A Facebook user by the name of Laura Carretero states on her profile that she "just saw the trailer of Zombie Reign" and that "its [sic] super cool to be scaring everyone."

When asked by the Current if Zombie Reign is alive again, Carretero responded: "It's already done. Filming is completed."

The Current was interested in learning more about the film from Carretero and how she was involved with the project, but decided against asking any follow-up questions when she stated that "any further questions from you will be taken by me as a form of harassment." 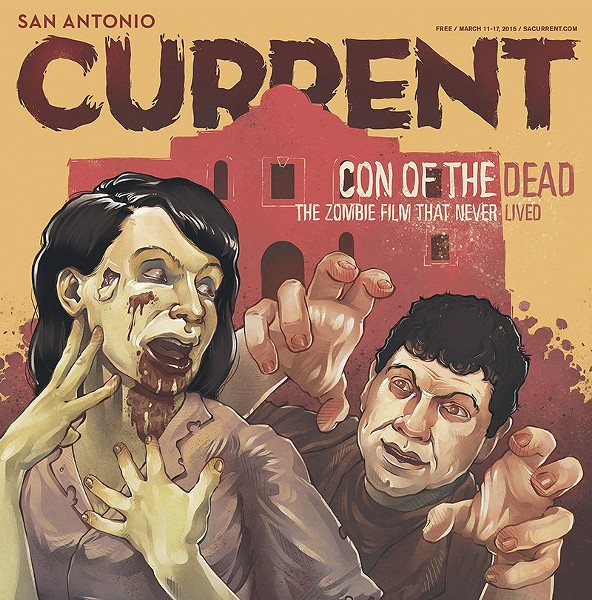 Surprisingly, Avendano did reply to an email asking for comment and stated that "Zombie Reign has been completed." He would not provide more information, however, until the Current printed a full retraction and apology for the March 2015 article.

The Current stands by its initial story.

Based on the vast amount of lies told to the Current by Avendano early last year, one can easily see how anyone would be extremely skeptical about anything the man says. If Avendano, in fact, has finally finished his magnum opus, congratulations. We hope to get an invitation to the screening.

If he has not, here is a quick message to the local film community: Beware. Like his zombie characters who keep rising from the dead, Avendano is back.