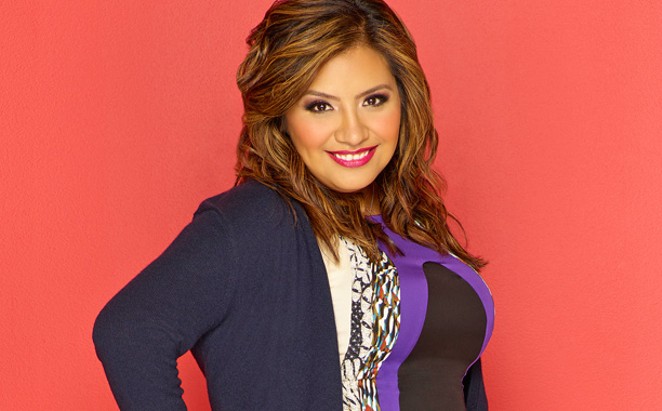 Comedian Cristela Alonzo is making a stop at the Charline McCombs Empire Theatre on Saturday, August 20 where she will do a live taping for a new comedy special. Show times are 7pm and 10pm. Tickets can be purchased here.

In 2014, Alonzo, who was born in San Juan, Texas, was the first Latina to create, produce and star in a network sitcom, a semi-autobiographical comedy called Cristela on ABC. Although the TV show was short lived, Alonzo has continued to share her voice as a stand-up comedian with the masses.

In the past, Alonzo has been featured on Comedy Central's The Half Hour, Conan, Late Late Show with Craig Ferguson, Gabriel Iglesias Presents Stand Up Revolution and Last Comic Standing, among others.

"I just want to tell stories about everyday Latinos struggling to get by and trying to achieve the American Dream," Alonzo told me back in 2014. "I want to show audiences that we’re just like everyone else."

That's the exact message Alonzo, 37, wanted to get across to people when she wrote a guest column for The Hollywood Reporter yesterday about stopping presumptive Republican nominee Donald Trump from reaching the White House.

In the column, Alonzo states that she is "going to different places and giving speeches about how important it is for Latinos to vote," especially against a candidate as divisive as Trump and one that offers no real policy or solutions.

"Trump runs his campaign like he's running for student body president," Alonzo wrote. "He's like, 'Soda machines for everybody! Popsicles during class, any kind of flavor you want!' And everybody's like, 'I want popsicles, I want a soda machine!'"