As part of the their Film on the Green outdoor series, SAMA is screening Mexican director/writer Guillermo del Toro’s critically acclaimed 2006 Spanish language fairy tale set on the backdrop of the post-Spanish Civil War. The dark fantasy follows a young girl named Ofelia as she steps into a mythical garden maze where she meets a host of magical creatures, including a mysterious faun who guides her. Pan’s Labyrinth won three Academy Awards for cinematography, art direction and makeup. In 2007, del Toro told the San Antonio Current he had a “childlike enthusiasm for monsters.” $5-$10, 8:30pm Fri, San Antonio Museum of Art, 200 W. Jones Ave., (210) 978-8100, samuseum.org. – Kiko Martínez

Gogol Bordello, the stage persona of actor and musician Eugene Hütz, is the type of guy you’d hope to run into at a hostel or debaucherous foreign party and pray to never see in the daylight. Now a festival favorite, Hütz took the gypsy-punk name from Ukrainian novelist Nikolai Gogol and the Italian word for a brothel, representing the band’s cross-cultural mashup of high and low. Almost 20 years into the project, Hütz and his world-is-flat party band have been featured at the Tate Modern in London, the Whitney in New York and countless flophouse bashes. With Frank Turner and the Sleeping Souls. $30-$39.50, 8pm Fri, Aztec Theatre, 104 N. St. Mary’s St., (210) 812-4355, theaztectheatre.com. – Matt Stieb

Fri 6/3
Coney Island at the McNay

While its sideshow banners, seascapes and carousel critters already offer a virtual trip to the legendary Brooklyn landmark, the traveling exhibition “Coney Island: Visions of an American Dreamland, 1861-2008” is sure to spring to life in living color for Coney Island at the McNay. Benefiting the museum’s education, exhibition and conservation efforts, the spring fling treats guests to Coney Island-inspired cocktails and cuisine and tempts them with top-notch items up for grabs in a silent auction. Dressed in their “boardwalk best,” attendees can also roam the grounds to find big-top feats ranging from aerial and contortion acts to fire spinners and stilt walkers. $100, 7pm-midnight Fri, McNay Art Museum, 6000 N. New Braunfels Ave., (210) 824-5368, mcnayart.org. – Bryan Rindfuss

Launched last year with a goal to celebrate San Antonio’s diversity, provide opportunities for families to learn about LGBTQ programs and services, and support the health and well-being of the community, San Antonio Family Pride Fair kicks off Pride month within the colorful confines of Market Square. A joint effort between Center City Development, Metro Health and others, the inaugural event brought hundreds to the west end of Downtown for a day filled with live music, festival fare and family-oriented activities. In addition to informational booths manned by reps from dozens of LGBTQ organizations, year two promises a spirited performance by the 50-plus-member Pride of San Antonio Showband, four-part harmonies from the Live Oak Singers and Latin jams courtesy of local outfit Geno, handcrafted wares for purchase from the SA Queer Collective, food booths (offering gorditas, churros, raspas and other favorites), plus a Family Fun Zone provided by Parks and Recreation. Free, 11am-7pm Sat, Market Square, 514 W. Commerce St., (210) 207-8600, getcreativesanantonio.com. — BR

They may be the musical equivalent of a wide-brim Urban Outfitters hat, but don’t count out folk-pop big band Edward Sharpe and the Magnetic Zeros. Since their 2010 mega-hit “Home,” bandleader Alex Ebert has released three decent records, founded a nonprofit for urban co-ops and won a Golden Globe for soundtracking the Robert Redford-stuck-in-a-boat vehicle All Is Lost. Named after their historic home in the French Quarter, supporting act Preservation Hall Jazz Band plays the riotous, bourbon-stinking street music of New Orleans, derived from the style of Buddy Bolden and Louis Armstrong. $23.10-$879.45, 7:30pm Sat, Whitewater Amphitheater, 11860 FM 306, New Braunfels, (830) 964-3800, whitewaterrocks.com. – MS

After a swell exhibition showcasing years of book design by Wings Press guru Bryce Milligan, Bihl Haus Arts invites you to celebrate the opening of “Profiling Made Visible: The Art of Mark Anthony Martinez and Michael Martinez.” As brothers who grew up on San Anto’s South Side, both Mark Anthony and Michael faced struggles when they arrived in Oregon for art school, suddenly becoming minorities. The video, photography, installation and performance work in this exhibit highlights that struggle, as well as the discrimination Michael has met as a result of identifying as queer. Free, 5:30-8:30pm Sat, Bihl Haus Arts, 2803 Fredericksburg Road, (210) 383-9723, bihlhausarts.org. – James Courtney

This Sunday, the rad South Texas Popular Culture Center (Tex Pop) is celebrating four years of promoting our rich local arts history, especially with regards to music. As part of their daylong celebration, there will be a screening of Sir Doug & the Genuine Texas Cosmic Groove (which chronicles the life and work of Texas music legend Doug Sahm), a new exhibit of photographs by Joel Aparicio and music from Rosie Flores with Mitch Webb and the Swindles. The event provides a fine time for us to reflect on the things that bring us together as Texans. $20 suggested donation, noon-7pm Sun, South Texas Popular Culture Center, 1017 E. Mulberry Ave., (210) 792-1312, stpcc.org. – JC 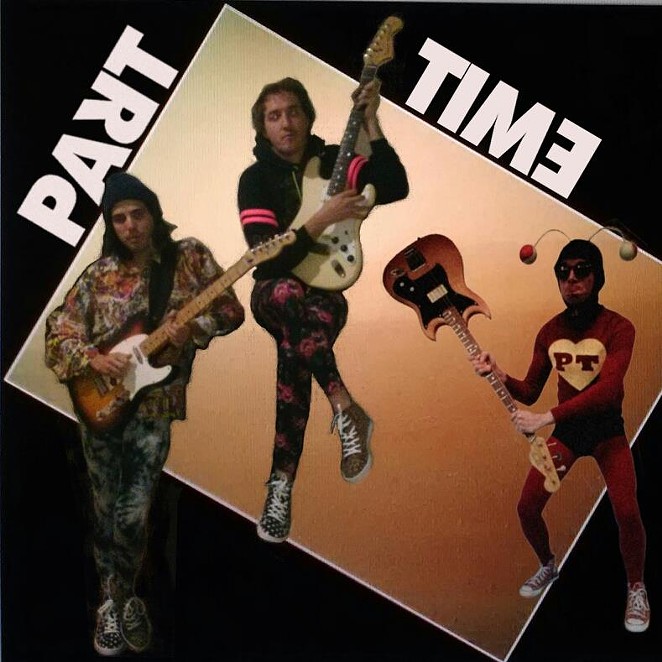 I’ll be perfectly honest, I haven’t listened to anything from California psychobilly band Tiger Army since their first three records, over 10 years ago. And I’m not going to. I don’t wanna dive back into something that meant so much to me and find that we’ve grown apart. To be fair, it seems that lead singer Nick 13 has had the same predicament. The tattooed frontman and only stable member has been hard at work pursuing a solo career rooted in the polyester-suited sounds of AM country, setting the Blake-inspired band aside for nearly a decade. Of course, Tiger Army has always dabbled in lighter Americana fare, “Outlaw Heart” and “In The Orchard” off of I and II, respectively, are fine additions to the neon cactus, smoking jacket lounge sound that seems to have been 13’s primary muse as of late. Tiger Army finds themselves in the enviable position of being the pick of the week because, at one time, hearing the crushed velvet of 13’s woeful tenor hit like an arrow through my heart and, although 13 has traded his cutoff Meteors Ts for Nudie suits, he once had me convinced Tiger Army would never die. $24, 7pm Sun, Alamo City Music Hall, 1305 E. Houston St., alamocitymusichall.com.
— Travis Buffkin