In a sea of Hollywood stars, some of the most famous among them got their starts right here in San Antonio.

One of those noteworthy names is Marcia Nasatir, who was one of the first women to transcend the glass ceiling and find success as an executive at a major Hollywood studio in the 1970s. She has worked behind the scenes on numerous Oscar-winning productions such as Rocky, One Flew Over the Cuckoo’s Nest and Apocalypse Now.

In honor of Nasatir’s Hollywood triumph, here are eight film and television celebrities who have all called San Antonio home at one time or another.

San Antonio was the birthplace of the immensely-talented Carol Burnett. After her parents divorced at a young age, Burnett moved in with her grandmother in Hollywood. Despite growing up impoverished during the Great Depression, here she was able to study theater while attending UCLA.

Her childhood home in West Side was saved from demolition and now serves as a provider of numerous child services. 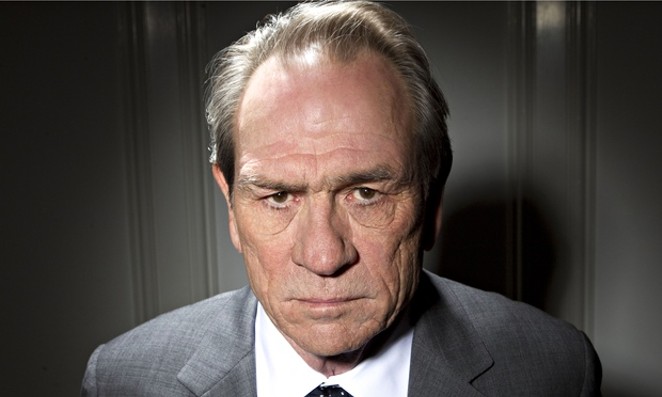 Although Tommy Lee Jones wasn’t born in San Antonio, he now resides in Terrell Hills, a suburb of San Antonio. Jones had his beginnings in San Saba, Texas. Unlike others on this list, his career wasn’t initially rooted in theater. Jones attended Harvard where he roomed with future Vice President Al Gore and played offensive guard for the Ivy-League university. It wasn’t until Jones moved to New York that he began professionally acting.

Film actor Jackie Earle Haley was born in California. However, him and his wife currently reside in San Antonio. Though Haley found success at an early age, he struggled to continue acting past his teen years. He took odd jobs like driving taxis in order to bring in enough money.

Fed up with Hollywood, Haley set out to San Antonio to begin his production company JEH Productions. During this time, he primarily directed commercials. Recently, Haley has returned to acting while still calling San Antonio home.

The South Carolina native now lives in San Antonio with his wife and three kids. Thomas Gibson has beginnings acting in a children’s theater at the young age of 9. Since then, the actor has gone on to star in multiple television series.

So what is Gibson’s local must-sees? The television FBI agent was quoted by San Antonio Magazine gushing over the “very beautiful” art instillations over on the River Walk.

Born to a Puerto Rican father and Dominican Republic mother, actress Michelle Rodriguez spent her early years living in San Antonio. Rodriguez dropped out of business school in order to pursue acting. At her first audition, she landed a role in the indie film Girlfight.

Rodriguez is widening her career in Hollywood by branching out to screenwriting. She has expressed that she would like to take a break from acting in order to focus on writing.

Director, actor and screenwriter James Roday may look vaguely familiar to some, while others can spot this fake physic right away. Roday, who was born in San Antonio, and is best known for his role as a consultant detective on Psych.

Roday still has deep roots in San Antonio. In fact, Roday is a huge Spurs fan and his father, Jim Rodriquez, is the Regional Catering Manager of Taco Cabana.

Everyone’s favorite Winchester brother is native to San Antonio. Jared Padalecki had originally planned on attending University of Texas after high school. However, after winning a contest to be a presenter for the 1999 Teen Choice Awards, he decided to move to Los Angeles to pursue acting.

When he isn’t filiming for the everlasting Supernatural, Padalicki has been spotted at local hotspot Pat O’Brien’s on Alamo Plaza.

Sci-fi queen Summer Glau was born in San Antonio. Glau dreamed of being a ballerina and eventually received a scholarship for the ballet company. Because of the rigorous ballet training, Glau was home-schooled for most of her educational career. It wasn’t until she was of legal-drinking age did Glau begin acting.

Glau frequently visits her hometown and has encouraged any San Antonio fans to approach her while back home. “I'm so blessed, and, you know, over the years, I've felt really supported, and I don't want that love to go away,” Glau told San Antonio Express-News.

What Lil Sebestain is to Pawnee, Indiana, Cass Ole is to San Antonio, Texas. A true national treasure who was originally bred to be a show horse but instead found a knack for acting. Unfortunately, we still haven’t recovered from Cass Ole’s untimely death in 1993. R.I.P.