Somos Orlando: To Be Young, Gay, Latino and Invisible 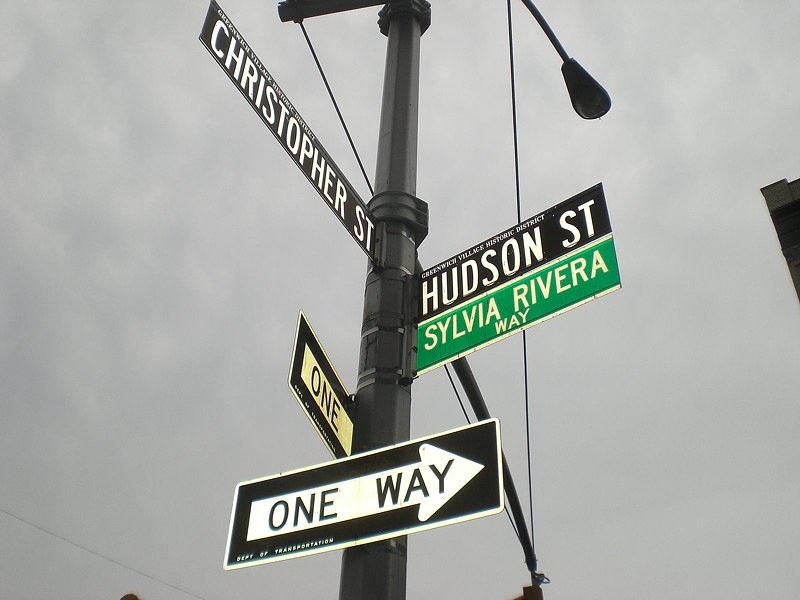 In the wake of the Orlando massacre, filmmaker Jesus Treviño invited Latino writers gay and straight to reflect on the tragedy by guest blogging on his website Latinopia, an online clearinghouse dedicated to Latino arts, culture and history. San Antonio poet and playwright Gregg Barrios responded with this essay, reprinted here courtesy of Latinopia.

It was hard at the onset to process with any gravitas the Orlando tragedy. The first reports made little mention of the names of the 49 dead and the 53 wounded. Instead, the focus was on the deranged man who perpetrated this heinous act. But hasn’t that been the way media sees us or perhaps doesn’t see us — our invisibility?

By Monday, we learned that Saturday at Pulse was Latin night. The majority in the club were there for an evening of música, alegria, amistad y amor. When the names of the victims were released, over 90 percent were Latino. Most were Puerto Rican Americans. The fact most were gay became more important to the mainstream media than their ethnicity, and in turn, mostly white gay talking heads were interviewed to represent the greater gay community.

Others used the Orlando tragedy to promote their own agenda. Was this a hate crime? Was it a terrorist act? Our presidential candidates either demonized ISIS or called for “ramping up the air campaign” — and they used the gun issue (pro or con) as the solution to prevent this from happening again — yet neither candidate went to Orlando to grieve con las familias.

Closer to home, we mustn’t forget that homophobia and machismo are often deeply rooted in our own communities. In many quarters, gay sons and daughters have been shunned and denounced by their own families. Yet in this moment we should comfort and offer sympathy for we too mourn their loss, our loss. They were us. We are them. To its credit, Spanish-language television did exactly that. It gave an intimate look of how this horrific act affected our community. Many bilingual survivors spoke in español to Univisión and in English to the mainstream media, belying the myth of the monolingual Latino that Hollywood and TV often portrays.

In the Hollywood film Stonewall, a retelling of the seminal event in the modern gay liberation and rights movement, its white gay screenwriter and its white gay director cast a corn-fed blond hunk to throw the first stone against the cops. Gay history tells us otherwise. It was Puerto Rican activist Sylvia Ray Rivera and people of color that were instrumental to its success. Today, a street that intersects with Christopher Street is named Sylvia Rivera Way. In HBO’s The Normal Heart, the AIDS crisis and its responders were portrayed as overwhelmingly white. Again, gay people of color were absent despite the toll AIDS took on all communities. Sadly, only a few uncredited Latino actors were featured in a crowded disco, dancing away oblivious.

Is it any wonder then that few are aware of (or choose to disregard) the discrimination and invisibility Latinos have faced from both the straight mainstream public and the white gay community?

Ditto health services for people of color. According to the Centers for Disease Control and Prevention, Latinos are disproportionately affected by HIV. Most cases occur in young gay and bisexual men. The number of new infections among African Americans and Latinos has increased while the number among white gay males has decreased. Many have rightly criticized how people of color have been underserved in the funding and in the securing of life-giving medications as well as outreach in education and prevention.

In a time when mass shootings lead newscasts, when innocent people are killed in churches, office parties, a marathon, and now a nightclub, we often find ways to quell our outrage and move on to the next breaking news. Hashtags shorthand our anger: #blacklivesmatter, #Oscarssowhite and #GayMediaSoWhite. Yet the Latino community, now the largest minority group in the U.S. and the majority group in California, is often relegated to the toxic and racist Hollywood stereotype of illegals, gang-bangers, rapists and the like.

The U.S. is slowly becoming brown. Projections by the U.S. Census Bureau state that by 2044, half of the U.S. population will be people of color. Yet for Latinos today, we are still underrepresented in our Congress, in our colleges, in film and the performing arts, in our literary lives, in our history books, in the recognition to our honorable military service to this country.

So what does this tragedy in a gay bar offer in order to create a groundswell for Latino empowerment? What do we do to honor the dead and the wounded other than lighting candles and having them in our thoughts to bring about real change we can believe in?

We have power in numbers to move from the outside into the forefront of the national conversation. Social networks are a valuable tool in getting issues that concern us as Latinos as well as pointing to our accomplishments. Our Congress must give aid to our fellow citizens in Puerto Rico that is also going through an economic crisis. We should be outraged by the internment of refugees from Latin America and the broken immigration system.

In the arts, we need to advocate for films and TV shows that utilize our true stories, as well as works based on our brilliant writers, from Sandra Cisneros to Junot Díaz. More people behind the cameras and those with the power to green-light Latino projects. Strong Latino roles for our actors but also roles that transcend color or stereotype. A Latino playing Hamlet. A Latina cast as Evita.

Nonprofit groups in the arts and performing arts in Latino communities often apply for funding stating they will reflect its underserved community in works and audience building. Much too often that rarely happens. We need to hold their feet to the fire in public forums since it is our tax money that they use to gain funding.

In the news media, major newspapers (The New York Times) and TV networks (including PBS) can and should recognize that the voices and reporting of Latino professional journalists and commentators make them more trustworthy. The media can also do better to cover the arts, from literary critics to film reviewers to sports writers and pundits. If Latino Americans are an important part of our citizenry, then our take on the world is a necessary part of the conversation.

Activism as truly engaged citizens is a valuable tool in our quest for equality, for then we become part of the solution, we offer valuable and unique insights to issues that beset us all as a nation, as a people. Love will always trump hate. United we can be invincible, and one day no longer invisible. We are Orlando.