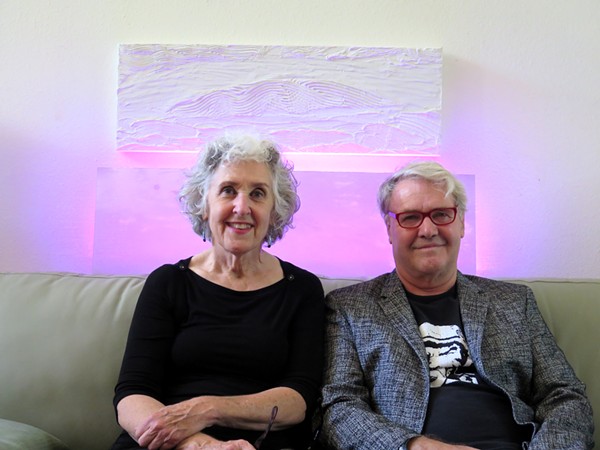 Joan Frederick is a multi-media artist who arrived in San Antonio from Oklahoma in 1986. Beyond her artwork (which encompasses photography, sculpture and light installations) she wrote the definitive book on Native American artist T.C. Cannon, and it’s easy to see the influence of Native American culture in her artwork. After teaching art at Taft High School from 1992 to 2007, Frederick retired to hone her skills and concentrate on her artwork.

What was your introduction to photography?

My minister father was an amateur photographer who took photos for the local newspaper that could not afford to hire a professional photographer. He knew everyone and was always around all the action, helping the police and hospitals, all the football games, etcetera. I didn’t see the influence until a few years ago when I began to question who my influences were ... I guess I couldn’t see the forest for the trees, but I think it taught me that capturing events and time can be important, emotionally and historically.

Were you raised in an artistic family?

An aunt was a musician and my mom and her mother were expert seamstresses, but we did not have a strong showing of family members in the fine arts. My family did, however, make art available to us ... [there were] art books in our library (along with the Bible), plus I took piano lessons from the church organist and I was a “band nerd” in high school. 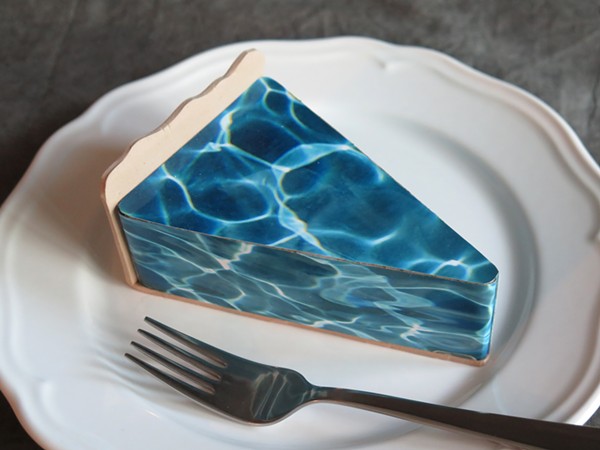 Not really, but my artistic influences are Yoko Ono, T.C. Cannon, Blackbear Bosin, David Hockney and Philippe Halsman. During my college days, the art librarian at the University of Oklahoma took me under his wing and allowed me to check out reference books, because I was always in the art library scouring the collection. I checked out 12 books per week for the next 40 years, but I’ve slowed down recently because of all the access I have through the internet.

Are you a film purist?

Not really. I was not ready to move into digital until it started getting more expensive to do film and that pushed me over the edge. I thought film just had more clarity and was easier to manipulate, but then when I started using digital, I was amazed at how easy and affordable it was. I think the best part is that with digital you can take as many pictures as you want ... and it doesn’t cost more. Before digital, I spent a fortune just trying to get a certain shot or not knowing if [a subject’s] eyes were shut ... Digital is easier and more affordable, but of course, it lacks the classic, personal touch of traditional film ... Look what happened to vinyl music albums. Now it’s coming back as the top of the line ... so who knows?

What’s your take on the question of photography as art?

I respect photography immensely and consider it an art form in its own right, because capturing what you see (or even think) is a physical and technical challenge, and then you have to say something with the exact image you choose. I’m not any good at the nuts and bolts of the medium, F stops and shutter speeds ... and for me, the flat photo is a tad too boring for what I want to do and say. I like to bend the rules of photography and move it into something else, sometimes sculpture, mobiles or even light installations.

There’s a big controversy over the National Geographic superstar photographer Steve McCurry. How do you feel about his use of Photoshop?

That’s the nature of the beast now in the digital world. I use Photoshop, mainly for editing that would otherwise be done in the darkroom, but when you begin changing your photos with cut and paste, that turns them into a different form of art. Photographers who are presenting themselves in venues with the connotation of pure photography championed by periodicals such as National Geographic should not present their work without admitting they have tweaked [it] artistically. There’s a fine line for that step, because then it passes from reality into art.

If you could own one fine art photograph, what would it be?

That’s a tough one, but perhaps Ansel Adams’ Moonrise, Hernandez, New Mexico, because it captures the exact moment when time stands still and magic occurs. I have that equivalent in my files of a photo I took once of Rainy Mountain in Oklahoma. I have at least 200 pictures of Rainy Mountain I’ve taken over the years, but that day, the sky had just cleared after a big storm, and the light before sunset was intense. Everything just hit, and that picture is now history. Not only is it an image of how that holy place still looks, but it is also a picture of how it has looked for the last 1,000 years. It just reminds me that there are still a lot of important things about Native American culture that are still here. Another great photo is Philippe Halsman’s portrait of Salvador Dalí (Dalí Atomicus) where they threw the cats and water (28 times!) as Dalí jumped. Sometimes, that’s what it takes to make the idea work; but once you get the image, it becomes iconic. Not only did Halsman’s photo capture Dalí at his quirkiest, it is also a mirror of his art.

Did you enjoy teaching?

For about the first 15 years, it was fun and rewarding, but the changes brought on by recent administrative guidelines are so restrictive now that teachers don’t have time to teach. And don’t get me started on behaviors of young people now. When I started out, it was 80 percent good kids and 20 percent deadbeats; but by the time I quit, the numbers had switched. It is a very sad tale, because those kids are our future, and public education is not preparing them as human beings or citizens of the modern world. I feel like I am watching a car crash in my rear view mirror ... but I did the best I could, and now I have to keep moving and do my part in another arena. I still keep in touch with my top students and enjoy it immensely when they keep art in their lives and careers.

How do you form ideas? Do they come to you effortlessly, or do you struggle with them?

I don’t struggle with ideas, only how to make them reality. I have so many ideas I can’t keep up with myself and just have to pick one at a time to try to make happen ... If I could sit in a chair and think up ideas for art all day long, that would be the highlight for me, because once I think it up, I’m done and want to move on. Making it happen is the hard part.

Some artists claim to do their best work during times of emotional turmoil. Does that apply to you?

Not really. I don’t have a lot of emotional turmoil in my life anymore since I quit my teaching job, and now I’m able to focus on my art. It’s wonderful, and I’m so glad to finally be doing what I always envisioned as my life’s work. I am the poster girl for “late bloomers” of America. I’m not good at anything else, but I can do this. You have to be brave to do what you know you should do, even when it’s not financially rewarding or understood by most people.

You recently had a health scare with your eyesight. Did it change things for you?

Yes, it was a very difficult time for me — to think I would eventually become blind. For an artist, taking away our vision would be the worst thing you could do to us. Before my surgery I practiced walking around the house blindfolded, but it was an epic fail, and all I could do was hope for the best. I don’t know how I got so lucky, but modern science and advanced technologies in eye surgery saved me; and every day, I give thanks that I have my life and work restored to me again. I keep a letter in my bathroom from my cornea donor’s mother to remind me to never forget how lucky I am, and I always advise people to become organ donors. It changes lives and in a big way.

How did your early exposure to Native American culture influence your life?

It changed it completely and forever. I always liked Japanese art, but growing up in Oklahoma, I saw Native American art all around me ... Back then, there were no books on Native American art except the Pueblo and Taos artists, so I started going to Native American art shows and museums. Then I began to interview people and write articles, and they took me in as a friend and colleague. I eventually wrote the biography of Native American art’s most famous and creative modern painter, T.C. Cannon, when his family and friends came to me, hoping I would do it justice (and for free). I thought it would bring me fame and fortune, but I got a much bigger payoff: his friends became my friends, and they were just as cool as he was. And what a grand odyssey that was: a 10-year sundance, a really tough one, but as with all true religious experiences, it was transformative. I spent most of my life’s career as a Native American art historian, but it turned out to be much more, because they became my chosen family. I felt at home in their culture, although I will never really belong to either one. I think as I look back, I am where I was supposed to be — on a bridge in the middle — and maybe it’s my job to bring about awareness and understanding between these two sides: the one I was born into and the one that I respect so much.