Elena of Avalor: A Cultural Game-Changer or Just Another Disney Princess? 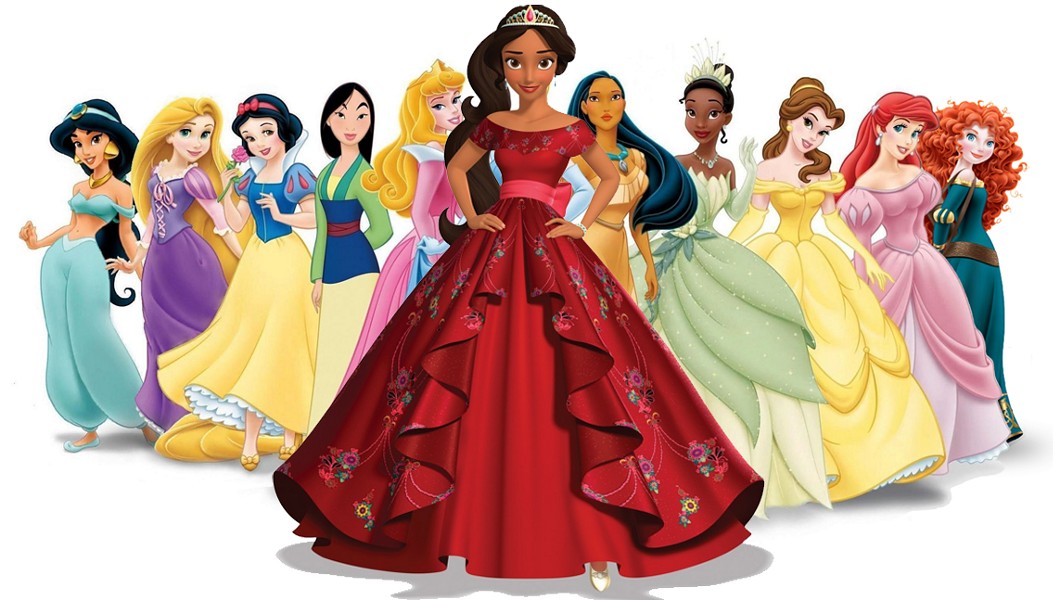 I never wanted my daughter to be a princess.

When she was born in 2011, I was adamant about not exposing her to Disney princess culture – tiaras, tulle, tackiness. Plus, the idea that happiness was only feasible if a prince was involved was not an impression I wanted these characters to make on her.

Some of my family scoffed at the idea and thought I was making something out of nothing. “It’s just a cartoon!” I heard. “She going to find out about Disney princesses eventually!”

Yes, it ended up being impossible to shield my daughter from the likes of Snow White and Belle and Jasmine and Ariel and Rapunzel and Tiana and Merida. And don’t even get me started on Frozen.

I don’t fight it anymore. Disney princesses make her happy and, moreover, she likes other things, too — like painting, puzzles, going to the park, and classic family films like E.T., The Wizard of Oz and Mary Poppins. She’s a well-rounded little girl. Plus, in her eyes, I’m the greatest dad in the world because I buy her things like Beauty and the Beast pajamas and can sing “Part of Your World” word for word.

Still, I worry. Sleeping Beauty is not just a cartoon. Neither is Cinderella. According to a recent study from Brigham Young University, young children who engage with the Disney princess culture are more susceptible to gender stereotypes.

Roll your eyes if you want, but I noticed this with my daughter last month after I took her to the theater to see Teenage Mutant Ninja Turtles: Out of the Shadows. She loved the movie, but later that week at the store, when I asked her if she wanted me to buy her a Ninja Turtles toy, she nonchalantly answered, “No. That’s for boys.”

I explained to her that Ninja Turtles were for both boys and girls: “Little boys can play tea party and watch The Little Mermaid and little girls can take karate and play with Superman toys." She seemed to understand and we went home that day with a Ninja Turtles shirt she picked out herself - a pink one.

Next week, the princess catalog will increase by one with the introduction of Elena Castillo Flores, the very first Latina princess from the Disney brand. Although Elena is not getting her own animated feature film like the other Disney princess my daughter enjoys, she will be featured in her own Disney Channel TV series, Elena of Avalor, starting July 22.

As a Latino who wants to instill cultural pride in my daughter, should I feel obligated to make sure she knows that besides an African American princess (Tiana from The Princess and the Frog) and a Middle Eastern princess (Jasmine from Aladdin), there is a princess character out there that doesn’t have blonde hair or fair skin? (She likes Mulan and Pocahontas, too, but technically, they’re not princesses.) Is it important for her to know there is a princess that looks like her mom? Will she even care, or is another animated princess simply that? Should identity politics really be explained to someone in pre-K? God knows she doesn’t need another toy. Deep down, I hope she doesn’t notice.

I call my daughter over to the couch and pull up an image of Elena on my iPad. “Hey, guess what? Disney made a new princess. Her name is Elena.”

I show her a picture of Elena, a brown-skinned, brown-haired, brown-eyed young girl dressed in a wine-colored dress with floral print, fancy shoes and hoop earrings. She is carrying a gold scepter with a blue gem.

My daughter looks at her and smiles.

“What do you think?” I ask. “What is different about Elena than your other princesses?”

My daughter thinks for a few seconds before answering: “Um, she has a red dress.”

“Is that it?” I ask. She ignores my question.

“She’s beautiful, dada,” she says. “Can we go to the store and buy the doll?”

How could anyone say no to that?