If you’re not familiar with the polarizing and darkly bizarre filmmaking prowess of director/writer Todd Solondz – or if you’re the type of person easily offended by satirical takes on serious and oftentimes deviant elements of human nature – it might be best to ease into the inner workings of the indie filmmaker’s head until you acquire the taste.

In his newest film, Wiener-Dog, Solondz, 56, tells a story centered on loneliness and mortality with the help of a pet dachshund and the series of owners she is adopted by during her life.

During an interview with the Current earlier this week, Solondz, who is also an adjunct film professor at New York University, talked to us about the inspiration behind his film, what he thinks dogs provide their owners on an emotional level, and why he feels comedy and tragedy work so well together.

Wiener-Dog deals with a number of complex issues like life and death and companionship and loneliness. Why did you decide a dog would be the best way to tell this story?

Well, it started conceptually with the idea of making a dog movie. I didn’t know what that could mean, ultimately, but I was affected by the film Robert Bresson made 50 years ago called Au hazard Balthazar about a mule. That film gave me the confidence to pursue this with the structure of a dog going from owner to owner to owner. It was only through the process of writing it that I began to discover what this movie really was about. It’s not really about a dog. It’s about mortality and the way it shadows and hovers over each of these characters and stories. 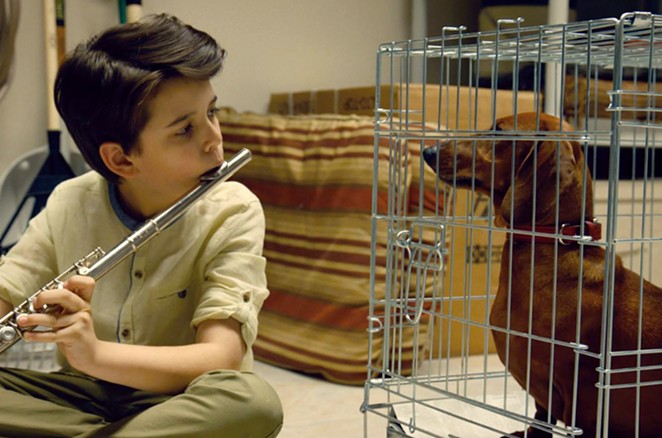 I agree the story isn’t about the dog, specifically, but he does tie everything together. Do you think the film could’ve worked if you had chosen another animal?

It wouldn’t be the same movie. It’s not a random thing. It is a charming and very cute little animal. Of course, it also immediately made me think of Dawn Wiener (the main character in his 1995 film Welcome to the Dollhouse). It clicks. I think the history of pet ownership is interesting, long and peculiar. Pets are often seen as vessels for one’s hopes, allusions, dreams and so forth. We project a kind of innocence a purity onto them, such that if harm befalls a little creature like this, for many it’s more painful than if it were to befall one of our fellow human beings.

Right. So many dog owners see their pets as members of their family.

A dog certainly can be a member of a family. It functions in different ways from a human, of course. It’s hard because we’re so anthrocentric. It’s hard not
to anthropomorphize. It’s hard to see a dog in its dogness – with its own desires and needs that are so inscrutable.

Are there any dogs or pets that have had an impact on your life in some way?

I haven’t owned a pet as an adult. It’s too much responsibility, though I love dogs and it would be lovely to have one. I did grow up in a family that went through a lot of dogs. We loved having them. We just weren’t the best caretakers or the best responsible, young children. But I think, oftentimes, a child with a pet experiences its first understanding of the nature of mortality. It often comes from the experience of having a pet.

How do you think your sense of humor has evolved in the last 30 years? Do you still find the same types of things funny in your 50s as you did in your 20s?

I don’t know. I think comedy has always been married to pathos. Cruelty is also entwined as well in my work. Everything is fraught with ambiguity and ambivalence, which is why from the beginning people have looked way back at [Welcome to the] Dollhouse and half would laugh and say how funny it was and the other half would be angry and say, “How could you laugh? [The film] is so sad and sorrowful.” For me, it’s always been concurrent – the two impulses.

How similar is your experience teaching film at NYU to that of Danny DeVito’s character, film professor Dave Schmerz?

I suppose [teaching at NYU] made it hard not to have a satirical thrust for the setting of [his] story. I don’t think any of the characters resemble anybody I’ve come across, but I connect emotionally with DeVito, although I don’t think anyone would confuse me with him. He’s on a quest for meaning and redemption. I’m moved by his anguish and his sorrows.

As a film professor, I’m sure you get a range of students and talent that comes through your classroom. Are you the kind of professor that is truthful with his students about what they might be able to accomplish in the filmmaking industry or do you see your role as being someone who must be supportive at all times?

If you want to be supportive there has to be some dose of truthfulness. They’re not children. [The students are] from their 20s to their 40s. They’re not kids. It’s an opportunity and a privilege to go to a film school. I try to help them and guide them to discover who they are as filmmakers and discover the kinds of stories they want to tell and develop those stories that play to their strengths and define who they are. I certainly don’t encourage them to pursue anything along the lines of what I do. 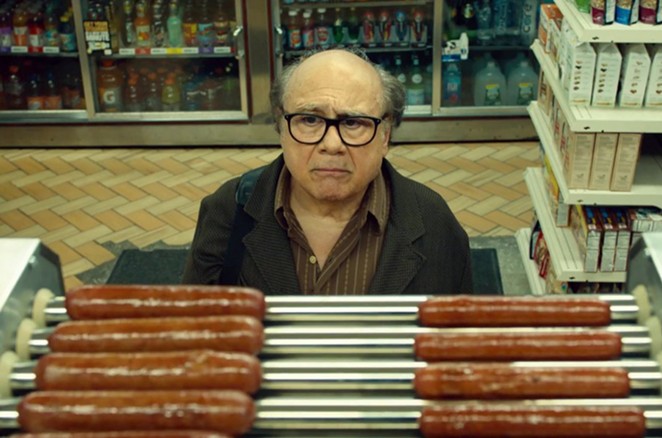 It seems like people are a lot more sensitive about certain subjects these days. In the past, you’ve brought dark comedy elements to your films with topics like rape and pedophilia. Do you think when it comes to comedy, everything should be fair game? Is it harder or easier to write something controversial today than it was 20 years ago?

I don’t know if it’s easier or harder, but I think as a filmmaker, you try to explore and attack those subjects that are relevant and that speak to the underlying matters of the way in which the world operates. Things are always shifting. Storytelling played all over the world. I don’t have much to complain about. I’ve always taken pride that Storytelling is the only studio movie that has a big red box in it (Solondz stood up to the MPAA for slapping an NC-17 rating on his 2001 film Storytelling and was able to get the film to an R rating by placing a big red box over an explicit sexual scene without changing the actual content under the box). You don’t really see that outside of this country.

How do you think a film like Happiness would be received if it was released today?

It would be kind of impossible to make in some sense. So much has changed since then. The movie that I wrote back then, I wouldn’t write today. Things have evolved in ways that would affect the approach and form of that film. I think my movies have always have had a polarized response – people who embrace and accept them because of their compassion and humanity and the others, of course, who condemn me for the lack there of. Who’s right? It would be silly of me to try and defend myself. I can’t control the way others see my work. It’s the price I pay for playing with such delicate material. I have such divergent opinions and responses.

I’d love to see you write or direct an animated film. Other indie writers and directors like Wes Anderson, Spike Jonze, Noah Baumbach, Charlie Kaufman, Michel Gondry have tried it or played around with elements of it recently. Would that be a genre you might like to try someday?

Just because something could be doesn’t mean it should be. It’s possible. I thought about it once. I still like working with actors most of all. I know what I’d like to do next, and it’s not an animated movie. Anything is possible. I have toyed with the idea, but I’d have to have the right kind of material for it to make sense.