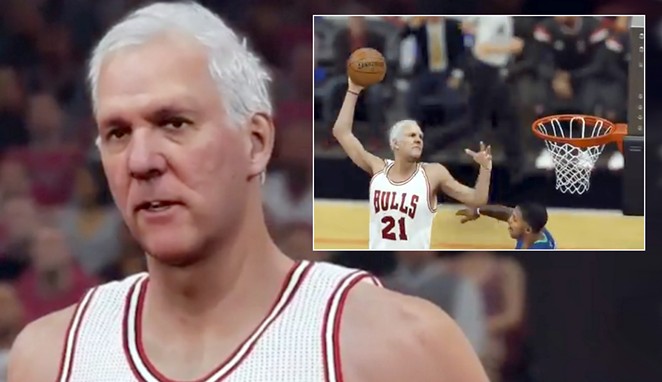 Chicago-based photographer, filmmaker and self-described “video game modifier” Mohtashim Khan, 24, might be a die-hard Chicago Bulls fan, but when it comes to NBA head coaches, he thinks the San Antonio Spurs’ own Gregg Popovich is the best in the business.

It’s the reason Khan, who moved to the U.S. from Pakistan 12 years ago, recently added Coach Pop to the roster in the popular video game NBA 2K16. Instead of just watching Popovich scowl and call plays from the sideline during the regular season, fans can see the 67-year-old, five-time champion and future Hall of Fame coach shake the rim with a powerful slam dunk and drain three-pointers from behind the arc.

In the past, Khan, who goes by the name “MkElite” on his social media accounts, has modified video games to feature NBA players as cheerleaders, giants and superheroes. Now, it's the coaches getting the playing time.

The Current caught up with Khan via phone earlier this week to talk about the legendary Spurs coach.

How did you get into modifying video games?

I’ve always been into electronics and computers. When I started playing video games, I always wondering how they work. So, I started doing research and making my own games. I’ve been modifying games for the last four years.

Without getting too technical, how do you hack a video game?

Basically, I look for programs that allow me to get into the game and into its files. So, I just take a file and replace it with another file. The game allows you to modify names, too. For Gregg Popovich, the name on his jersey actually says “Popovich” because I modified the roster.

So, why did you choose to add Gregg Popovich to the video game?

Well, I actually made an entire team with all the NBA coaches [from the 2015-16 season]. You can actually watch [Detroit Pistons' coach] Stan Van Gundy do a Jordan dunk. But [Popovich] is such a good coach, so I made him the highest-rated player on the team of coaches. He is a legend.

I noticed you put Pop in a Bulls uniform. Why not a Spurs uniform?

Well, [Popovich] grew up in East Chicago, Indiana, so I was like, “Eh, that’s close enough [to Chicago].” That’s the only connection other than the fact that I’m a Bulls fan. All the coaches are in Bulls jerseys. 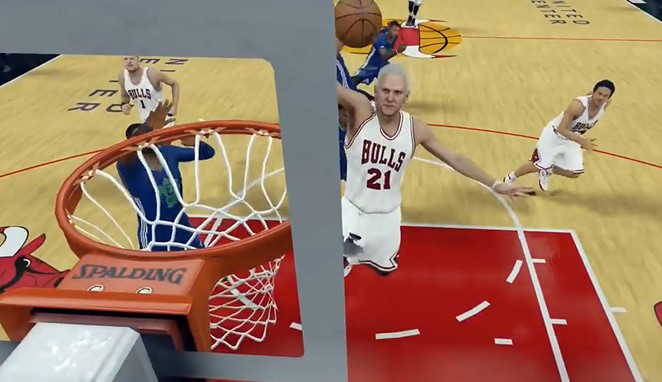 What did you think about the Spurs signing Pau Gasol away from the Bulls this summer?

(Laughs) Well, I mean, it’s a good move for the Spurs. The Bulls team wasn’t feeling it this year, but I think Gasol still knows what to do and can be strong again. Now that he’s playing for the Spurs, I think he’s going to be more of a team player. The Spurs are insane. They’re such a good team.

How do you think Pop would react if he saw your video game?

He would laugh first. I don’t think he would ever imagine it. It would be awesome if he got to see the video game. That would be so sick!

You probably already know, but he was the team captain and leading scorer during his senior year playing basketball for the U.S. Air Force team.

(Laughs) Maybe [the video game] will remind him of those days.

Image it’s Game 7 of the NBA Finals. Who would you pick to stand on your team’s sideline – Gregg Popovich or Phil Jackson?

Hmm. It’s has to be Popovich. I’ve seen him in critical games. He picks the most perfect plays. He has the most amazing plays ever at the most critical times. If the players fail, they fail, but the play is always beautiful. The team is good, but the coach is even better. I’m a big fan of his. He’s one of my favorites.