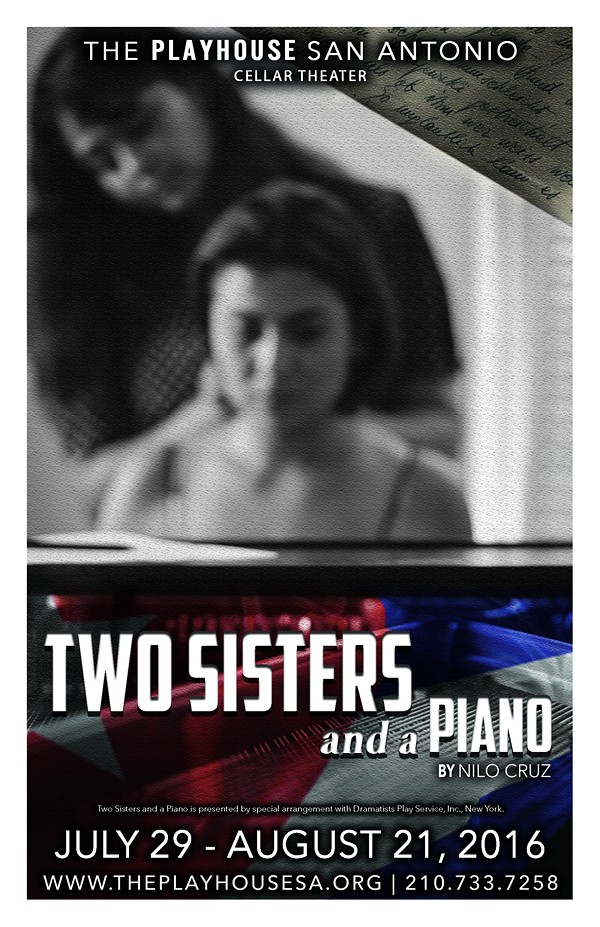 The Playhouse San Antonio brings a lesser-known play penned by Pulitzer Prize winner Nilo Cruz to its Cellar Theater this month. Cruz’s Two Sisters and a Piano is set in his native Cuba in 1991, under Castro’s regime just after the collapse of the Soviet Union. Unlike blockbusters such as Les Misérables, political turmoil is not at the forefront of this drama. Instead, the play focuses on sisters Maria and Sofia as they adjust to a sentence of permanent house arrest, exploring the subtleties of how life and love are affected by a suffocating regime. Omar Leos directs Maria Ibarra, Ailyn Duran, Victor Trevino and Paul Ramos in The Playhouse’s production. A reception follows Friday's opening night performance. $12-$30, Jul. 29-Aug. 21, 8pm Fri-Sat, 3pm Sun, The Playhouse, 800 W. Ashby Pl., (210) 733-7258, theplayhousesa.org.