After quoting George Orwell’s 1984 antagonist on the future (“…imagine a boot stamping on a human face — forever”), Nixon aide and Watergate co-conspirator John Ehrlichman on the war on drugs (“… by getting the public to associate the hippies with marijuana and blacks with heroin, and then criminalizing both heavily, we could disrupt those communities”) and Justice Sonia Sotomayor on Utah v. Strieff (“We must not pretend that the countless people who are routinely targeted by police are ‘isolated’”), Ed Saavedra gets to the personal root of his latest artist’s statement: “As an adult, I had been mistreated by law enforcement many times, but never dreamed I would be the victim of gratuitous violence while face down on the ground with arms and legs outstretched.” Exploring police misconduct in a variety of contexts since 2003 (via Still Life with Bacon, a large-scale painting of two male sheriff’s deputies with large breasts attending a Confederate family reunion), Saavedra recently accepted curator/gallery owner David “Shek” Vega’s invitation to expand on the theme for an exhibition of works created over the last five years. Combining the traditional with the unexpected (from silkscreen and wood to coasters, targets and even a shower curtain), the timely solo show portrays cop cars as predatory beasts with menacing teeth while employing text, audio and less-obvious devices to directly reference Charles Kinsey, Alton Sterling, Eric Garner and Marquise Jones, among others. Free, 7-10pm Sat, Gravelmouth, 1906 S. Flores St., gravelmouthgallery.com. 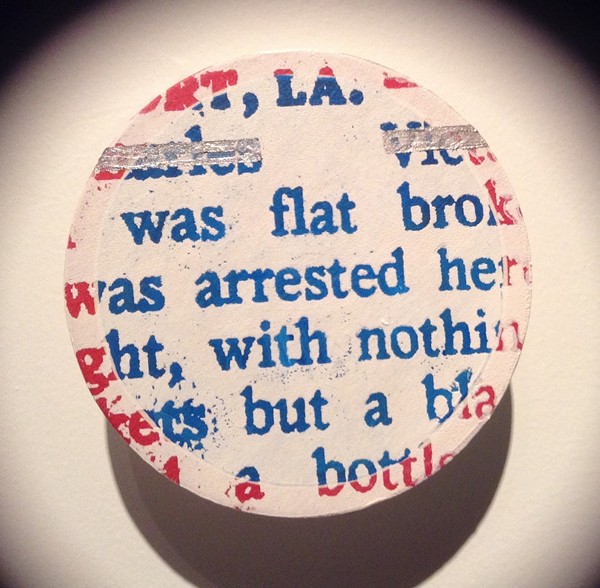