Hailed as “the best account of the Best Little Whorehouse in Texas ever written,” Jayme Lynn Blaschke’s Inside the Texas Chicken Ranch delivers much more than its title suggests — diving into the history of prostitution and brothels in the Lone Star State in the process of building a compelling portrait of “that home out on the range” immortalized in ZZ Top’s 1973 classic “La Grange.” Informed by oral histories, extensive research and interviews the author conducted with legendary madam Edna Milton Chadwell, the 336-page book debunks myths and rumors that swirl around the iconic brothel and its origin story, yet presents them as vivid little folktales. Although it devotes an entire chapter to Marvin Zindler, the KTRK consumer affairs reporter who eventually brought the Chicken Ranch to a halt in 1973, no one can upstage Chadwell, whose disarming wit shines through everything from her official Chicken Ranch Rules and Regulations for Boarders to the bawdy jokes and raunchy rhymes she employed to break the ice and cut through “testosterone-fueled tension.” On Friday, The Twig hosts a reading with Blaschke, who directs the Office of Media Relations at Texas State University. Free, 6-8pm Fri, The Twig, 306 Pearl Pkwy., (210) 826-6411, thetwig.com.
Fri 8/19
Los #3 Dinners

Formed in the 1970s, San Antonio legends Los #3 Dinners prove that there’s no prime age in rock ‘n’ roll. Their guitar-driven party anthems haven’t gathered cobwebs, the over 35-year-old band’s the equivalent to a souped-up hot rod with a rockin’ flame paint job. It would be an insult to dismiss Los #3 Dinners as a band who performs at wedding receptions, ‘cause when they get the fire going, it goes hard. Dads who rock have never sounded so good. Free, 8pm Fri, Viva Tacoland, 103 W. Grayson St., (210) 368-2443, facebook.com. 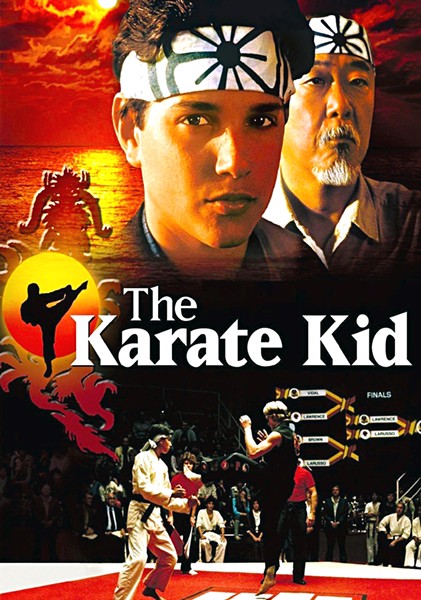 Get ready to "wax on, wax off" your weekend away with Slab Cinema's outdoor screening of the '80s-era cult classic The Karate Kid. After Daniel (Ralph Macchio) moves to Southern California with his mother Lucille (Randee Heller), he finds himself the target of a group of bullies who study karate at the Cobra Kai Dojo. Fortunately for Daniel, martial arts master Mr. Miyagi (Noriyuki "Pat" Morita) steps in as his untraditional mentor. Free, 8pm Sat, Hemisfair Park, 434 S. Alamo St., facebook.com.

District 4 Councilman Rey Saldaña partners with CentroMed for a back-to-school health fair providing free backpacks (while supplies last) and immunizations for kids between the ages of 4 and 16 (must be accompanied by a parent and provide shot records). Free, 8-11am Sat, CentroMed, 9011 Poteet Jourdanton Fwy., (210) 207- 0880, sanantonio.gov.