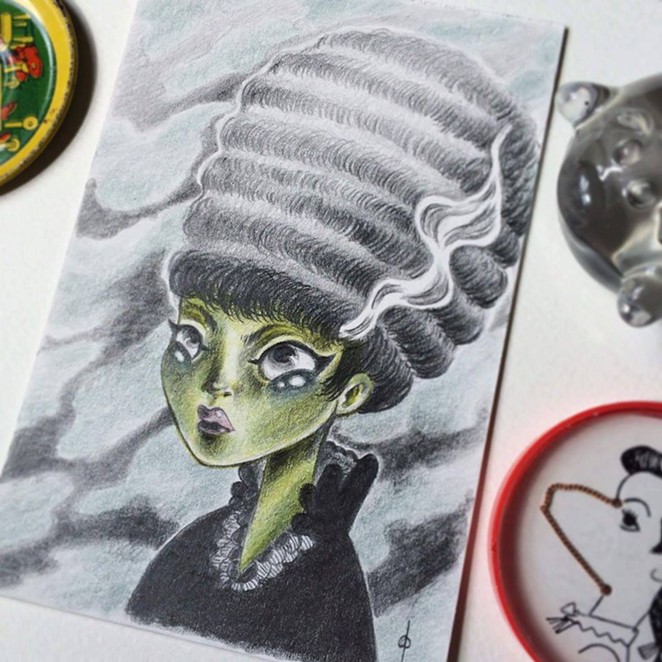 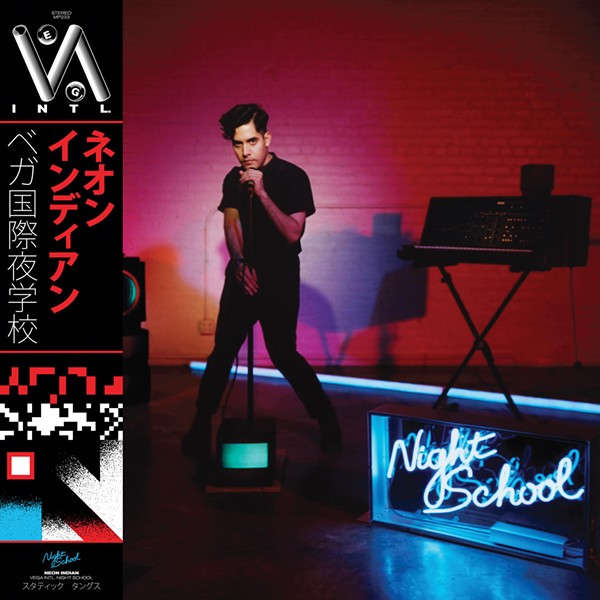 Neon Indian is the working moniker of Alan Palomo, a Monterrey-born composer who spent his childhood in the colorful city of San Antonio. After devising the persona of Neon Indian while studying film in Denton, he switched gears to music and began experimenting with synth tones and samples with a hand from longtime collaborator and ex-girlfriend Alicia Scardetta. (He crafted the project’s breakout single “Should Have Taken Acid with You” as an apology to Scardetta after skipping a date to trip acid together.) Several years later, Palomo is refining the summery wistfulness that propelled Neon Indian into indie rock stardom. This new overhaul in the artist’s spacey aesthetic appears in danceable tracks like “Annie” and “Slumlord” on Vega Intl. Night School, a nocturnal trek into a digital landscape that evokes Brian Eno and Electric Light Orchestra. Neon Indian returns to Paper Tiger in time to wish the summer season a blissful farewell. $20, 8pm Fri, Oct. 21, Paper Tiger, 2410 N. Saint Mary’s St., papertigersa.com.
— Abby Mangel

Oversized confetti has been fluttering around the Linda Pace Foundation’s SPACE gallery since late April thanks to Brazilian artist Rivane Neuenschwander, whose room-sized installation “Secondary Stories” invites viewers to tilt their heads back and gaze up at a sea of polkadots shifting behind a translucent ceiling outfitted with hidden fans. Nodding to Brazil’s annual Carnival, the kinetic work is accompanied by two photographic series and three videos being shown on a rotating basis. While the first in the cycle — the 2006 Cao Guimarães collaboration Quarta-Feira de Cinzas: Epilogue — mirrored the Carnival reference via ants marching around to samba music carrying bits of confetti, the second curiously stars a large soap bubble that floats across the landscape and billows in the wind, but never pops. As suggested by the title Inventory of Small Deaths (Blow), the looped video comments on mortality by ways of a fleeting, fragile medium. Filmed in 2000 on Guimarães’ farm in the city of Belo Horizonte, it comes to light at a Brazilian-themed reception that spills out into LPF’s recently expanded CHRISpark. Presented in partnership with KRTU, the free event comes complete with complimentary cocktails crafted by Park Social, light bites from The Box Street Social, and a live soundtrack courtesy of Mente Clara, an Austin/Brooklyn-based outfit that creates a danceable melange of jazz, world and samba inspired by Hermeto Pascoal and other Brazilian masters. Free, 7-10pm Fri, Oct. 21, SPACE, 111 Camp St. (inside CHRISpark), (210) 227-8400, lindapacefoundation.org. — BR

There sure has been a lot of (largely regrettable) talk about refugees in the public discourse of late. However, even as our government spins around in circles trying to decide how to handle an increasing influx of refugees from war-torn locales the world over, it is important to remember that it is often refugees who can teach us to live in a broader, brighter, more humane world. Such is certainly the case with Sierra Leone’s Refugee All Stars, a band of legit refugees who spread their message of peace and compassion through the healing and joyful art of music. The group, which takes the Empire stage on Friday, plays a brand of music that sounds a whole lot like reggae, but is actually more consistent with Sierra Leone’s traditional baskeda style, which predates reggae and likely influenced the genre. Apart from being a lively and rejuvenating musical experience, this concert represents a chance to celebrate African culture and show support for the important and vibrant cultural contributions of refugees. $29-$99, 7:30pm Fri, Oct. 21, Charline McCombs Empire Theatre, 226 N. St. Mary’s St., (210) 226-3333, majesticempire.com. — James Courtney

Buddy Guy is a freewheelin’ soul that was born to hold a guitar. The proud son of a tiny Louisiana town near the bank of the Mississippi River, Guy learned the art of picking and strumming on a two-string diddley bow that he fashioned together before graduating onto acoustic guitar. After making his debut in the Chicago blues circuit, he discovered kindred spirits in legendary musicians like Muddy Waters and Howlin’ Wolf. Loud and aggressive, Guy perfected the bravado of his predecessors in exuberant tracks like “Stone Crazy,” which today ranks in Rolling Stone’s “100 Greatest Guitar Songs” for its innovation in both texture and technique. This groundbreaking blend of blues and freeform jazz left a mark on a generation of artists that includes Jimi Hendrix, Eric Clapton and Keith Richards. Witness living rock ‘n’ roll history with Buddy Guy at the Aztec Theater. $30-$75, 8pm Fri, Oct. 21, The Aztec Theater, 104 N. Saint Mary’s St., (210) 812-4355, theaztectheatre.com.
— AM

If you can stomach buckets of blood, guts and gore, this hardcore horror film festival just might be what the deranged doctor ordered. Celebrating its ninth year, the fest, which was created by George L. Ortiz, features independent short and feature films from the horror, thriller, suspense and sci-fi genres from around the world, including Spain, Italy and India. Film screenings include work from local filmmakers Vanessa Hoar (My Obituary) and Eddie Felan (Lurking in Darkness, Left Behind). “[The festival] gives filmmakers like myself a chance to share their work with other people, as well as other filmmakers, who love this genre,” said Felan. “There’s something about the fear in horror movies that keeps me going back for more. People like to be scared in a controlled environment and I like to scare people.” Along with the movies, Horrific Film Fest brings in celebrity guests like busiest-actor-in-Hollywood Eric Roberts (sorry, Danny Trejo), who portrayed the Master in the 1996 TV movie Dr. Who. There will also be a cosplay party Saturday night. Attendees who dress in costume can enter the fest for only $7. $12 (free for kids under 5), 6pm-midnight Fri, Oct. 21, noon-11:30pm Sat, Oct. 22, 1-6pm Sun, Oct. 23, Courtyard San Antonio SeaWorld/Westover Hills, 11605 Hwy. 151, (210) 528-0628, horrificfilmfest.com. – Kiko Martinez

A 19th-century mansion built on the site of the 1842 Battle of the Salado, Victoria’s Black Swan Inn is known as both an eccentric wedding destination and a purportedly haunted locale the Travel Channel series Ghost Adventures found to be “home to a mysterious, dark presence.” Host to regular paranormal investigations, “haunted cocktail tours” and “Slumber Not” parties, the old inn ups the ante this Halloween season with an Espiritu de La Noche Masquerade Ball (Oct. 29) and this weekend’s slightly less elegant Zombie Survival Chase. Presented by the event company Dark Mayhem and billed as “an interactive experience that brings your zombie apocalypse nightmares to life,” the chase sets participating humans and zombies (take your pick) loose in a “winding labyrinth of trails in the infected woods.” Living or undead, the challenge entails searching for clues and scavenger hunt items along an obstacle-filled course and reaching the “Quarantined Safe Zone” with as many tag flags (pinned to humans to represent vital organs) as possible. Beyond no-brainers like sneakers and “bloodsucker” repellant, Dark Mayhem recommends chasers bring flashlights or headlamps and a change of clothes — “including underwear for those unexpected scares.” $4.99-$49.99, registration from 4pm, junior chase at 5:30pm, adult chase at 7:30pm Sat, Oct. 22, Victoria’s Black Swan Inn, 1006 Holbrook Road, (210) 201-4946, darkmayhem.com. — BR