For Luminaria’s ninth chapter, executive director Kathy Armstrong worked with an Artistic Advisory Committee (comprised of David Alcantar, Angela Covo, Danielle King, Joey Lopez, Jeanette Muñiz and Octavio Quintanilla) to build a wide-ranging, four-day program taking shape November 9-12 in a new Eastside footprint connecting the Carver Community Cultural Center, the Hays Street Bridge, Dignowity and Lockwood parks, the Ella Austin Community Center and points in between. Besides its lived-in neighborhood appeal, the multidisciplinary arts festival’s new digs boast character and visual interest that easily rival the industrial, slightly impersonal aura of recent years. Unsurprisingly, the activation of the Hays Street Bridge — which plays host to performances, light installations and poetry readings on Thursday night — tops the “must-see” list of many involved in this year’s Luminaria. In addition to the schedule below, check out our overview “High Hopes for Luminaria’s Ninth Chapter,” as well as our visual art, music and performance highlights. — Bryan Rindfuss

Transportation
Attendees are encouraged to take advantage of free public parking at the Alamodome (Lot C) and underneath I-37 at Austin St.; VIA’s special Luminaria bus route; and onsite bike valet services courtesy of Pop Up Pedal.

In an unusual turn of events, Artpace recently offered viewers a peek at Fall 2016 International Artist-in-Residence guest curator Denise Markonish’s work via the Tex-centric group show “Objectives” and then invited viewers into residents’ studios for a rare glimpse at their projects in progress. Promising a serious dose of girl power, the MASS MoCA curator’s chapter of the esteemed IAIR program unites artists Lily Cox-Richard (Houston), Kim Faler (Williamstown, Massachusetts) and Kim Morgan (Halifax, Canada). A sculptor who’s created installations with cast resin mushrooms, lightning rods and scrap copper, Cox-Richard is perhaps best known for “The Stand (Possessing Powers),” a project comprised of carved plaster forms inspired by the bases and structural supports of neoclassical statues. Working between sculpture, installation, drawing and photography, Faler creates “facsimiles” of everyday moments, employing plastic, porcelain, clothing, drywall and other materials to explore “the personal through the lens of the familiar.” An installation artist and sculptor who’s worked extensively in public art, Morgan is reportedly “totally obsessed with blood.” Having previously used electron microscopes to scan her own blood to create “self portraits” and intricate arrangements of test tubes, Morgan has continued in this vein during her Artpace residency by building a “breathing, billowing, sighing, monumental collection of blood samples.” Free, 6-9pm (artist talk at 7pm) Thu, Artpace, 445 N. Main Ave., (210) 212-4900, artpace.org. — BR

Pioneers of a stripped-down sound and a uniform of tight jeans, leather jackets, Converse sneakers and moppy bowl cuts, The Ramones are considered the first New York punk band to land a major contract and find international acclaim. Formed in Queens circa 1974 by vocalist Jeffrey Hyman (aka Joey Ramone), guitarist John Cummings (aka Johnny Ramone), bassist Douglas Colvin (aka Dee Dee Ramone) and drummer Thomas Erdelyi (aka Tommy Ramone), the band threw a wrench in the musical works of the era with sharp, simple and short songs fueled by catchy choruses. Fondly remembered for classics like “I Wanna Be Sedated,” the musical comedy Rock ’n’ Roll High School and the enduring mantra “eliminate the unnecessary and focus on the substance,” the late pop punks are as influential as ever — evidenced on a local level by the inaugural issue of Warship, “a quarterly zine that’s always keen.” Inviting artists and writers to interpret a different theme each issue, the zine celebrates its official launch with a free party featuring like-minded vendors (Black Moon Print, Defectivepudding and Saytown Review among them) and live music from Lemmings and Knockin’ Chucks. Free, 8pm-2am Fri, The Bang Bang Bar, 119 El Mio Drive, (210) 320-1187, facebook.com. — BR

Much like their rivals out west in Oakland, last season’s Spurs set records in the regular season only to stumble in the playoffs. San Antonio made the most of Tim Duncan’s last campaign, setting a franchise mark of 67 wins, before falling to the Thunder in Oklahoma City. With All-Star Kawhi Leonard leading the way, the Spurs have picked up where they left off, taking the top spot in their fair share of NBA power rankings. San Antonio’s bench has helped spark the hot start, with Patty Mills providing accuracy from the field and Jonathon Simmons delivering athleticism off the floor. The Spurs welcome back former fan favorites Boban Marjanovic and Aron Baynes on Friday night for the Detroit Pistons’ only scheduled stop in the Alamo City this season. $28-$1,500.00, 7:30pm Fri, AT&T Center, One AT&T Center Pkwy., (210) 444-5000, attcenter.com. — M. Solis 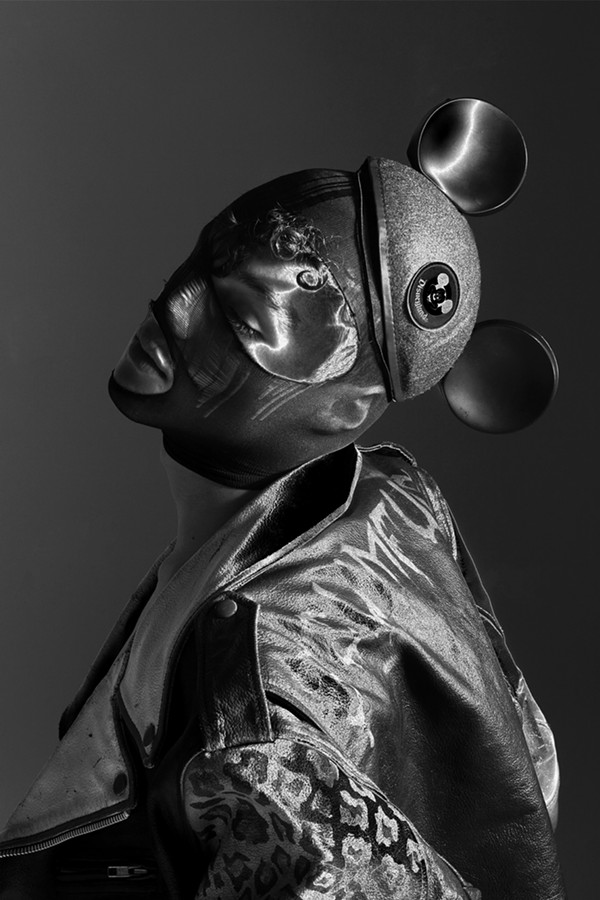 Designed to “organize, unify, market, build, connect and promote” the creative culture and businesses within a footprint bound by César Chávez Boulevard, I-90, I-37 and I-35, the recently minted Southtown The Arts District (STAD) is billed as an “adjunct neighborhood” criss-crossed by both the First Friday and Second Saturday art walks. Headquartered in Andy and Yvette Be

Continuing its streak of presenting winning exhibits from emerging and established artists alike, Provenance Gallery hosts the opening of “Crux,” a new body of work from San Antonio painter Kat Shevchenko. According to the artist, “Crux” is a “documentation of the internal world of the psyche in the moments of upheaval.” As with much of Shevchenko’s work, these paintings are frequently symbolic and surrealistic, often employing humor to muse on the fragility of life, especially in terms of feminine embodiment. With this show, Shevchenko seeks to show, using symbols from nature, “what is simmering beneath the surface of consciousness.” In this sense, these are deeply psychological works, but they are also works that attempt to, at least symbolically, chart the psyche’s response to suffering, stress and, eventually, transformation. Free, 7-10pm Sat, Provenance Gallery, 1906 S. Flores St., (210) 216-8362, artandprovenance.blogspot.com. — James Courtney

Will Tejano music ever relive its glory days from the ’90s, when Selena, La Mafia and Emilio Navaira were red-hot? Year after year, the list of Tejano Music Awards nominees seems a rehash from the previous year and the genre, in the eyes of the mainstream Latin music industry, feels like a sound perennially in danger of extinction. Yet, Tejano refuses to die and, little by little, is hosting bigger and better awards shows. Besides live performances by Stefani Montiel, Sunny Sauceda, Michael Salgado and many others, this year’s highlight will be the deserved musical tribute to Emilio Navaira, who passed away in May, by a growing list of performers. The fact that the show will take place at the Tobin is no small feat: Tejano deserves a place like it, and this may very well be the best TMA edition since those days at the Alamodome. $39.50-$175, 7pm Sat, Tobin Center for the Performing Arts, 100 Auditorium Circle, (210) 223-8624, tobincenter.org. — Enrique Lopetegui

San Antonio experimental electronic artist and visual artist Saakred has recently returned home from traveling around Europe. The time abroad has done the ever-changing, ever-growing Saakred well, in terms of both inspiration and ambition. And, now they’re set to release their fifth studio album, 2025. In fact, this week and next, the artist will be quite busy, performing at Austin Design Week, Luminaria, and, of course, the album release show at Hi-Tones. Saakred’s is a sound and a creativity that never sits still. Their last album was a furious, lo-fi punk affair, and the one before that, 2013’s excellent FLI HY, was a sort of avant-garde electronic affair, full of self-affirmation and the glorious rattle of big bass. By all indications, this new album, influenced by club experiences across Europe, will fall more in the category of electro Saakred. But, if following them over all these years has proven anything, it’s that Saakred is not easy to predict and they’re impossible to pigeonhole. $7, 10pm, Hi-Tones, 621 E Dewey, (210) 573-6220, facebook.com/saakred. — JC

This weekend is Second Saturday, which means you’ll have a swell smattering of new art openings to dig. One highlight of the weekend is the new exhibit at Sala Diaz from mixed-media artist Ian Pedigo. Entitled “A Body in Latency,” the solo show is a meditation on the artifacts, settings and images that are associated with the human body, especially as a socially constructed concept. Coming from something of an anthropological perspective, Pedigo’s work here places would-be mundane elements of daily experience into an off-kilter picture of reality, a nod to the way in which our subconscious can warp the truths that are nearest to us in our everyday lives. In this way, “images behave somewhat like objects and objects like images,” and both are “employed to construct narratives whose defining components are connotations upheld by references extending beyond the edge of the frame.” Free, 6-10pm Sat, Sala Diaz, 517 Stieren St., (972) 900-0047, saladiazart.org. — JC