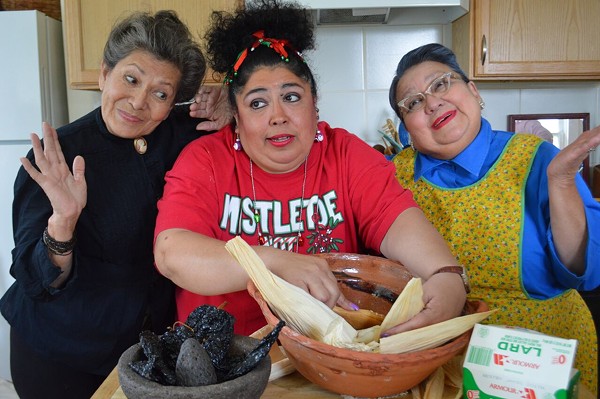 The book Tamales, Comadres and the Meaning of Civilization reminds that tamales have served as “one of the keys to the survival of humans for the last 7,000 years in the Americas.” Deceptively simple in appearance, these holiday staples can prove quite challenging to make, which is the premise behind Alicia Mena’s Las Nuevas Tamaleras.

Since its 1993 debut, the production has emerged as a favorite fans consider
“as much a tradition with the San Antonio community as The Nutcracker.”