Cactus Face: Artist's Work Dismantles the Shame of Looking Like Your Ancestors 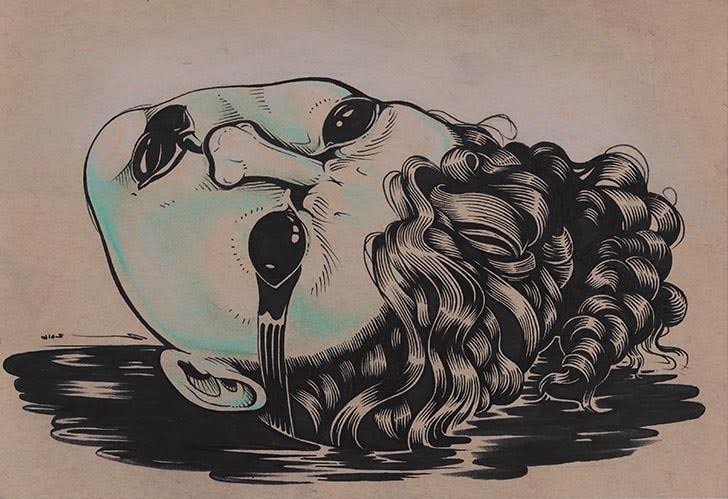 As a third-generation Mexican American living in a large Mormon family right outside of Salt Lake City, life was was pretty much mapped out for Maritza Torres — or so she thought. Growing up, she was taught that a woman’s role is limited to getting married and having children, and as the oldest sibling in her family, she had already experienced what taking care of a household full of kids was like. So, against her parent’s wishes, she moved to L.A.


In 2008, after seven years of living in California, Torres, whose background is in fashion and graphic design, was able to launch her career as a full-time artist. She began drawing, painting and creating sculptures at an early age, but after engaging with her new surroundings, she started experimenting with different themes and alternative mediums.

These new themes include the city’s cautious attitude about the environment, the struggle of feeling like she was contributing to the gentrification of East L.A., and a growing sense of isolation — from her family, her identity and her heritage. All of which are experiences that have played a large role in her work, especially in her latest collection titled Cactus Face.


“The group Cactus Face is about embracing [the] term ‘Cara de Nopal,’” she says, “[which] is often used in a derogatory way that really should never be considered an insult.” When she was younger, her father used the term in a loving manner, but for many Mexican-Americans with indigenous physical characteristics like dark skin and dark hair, “Cara de Nopal” wasn't usually heard as a term of endearment. So, she’s reimagined the term through illustrations in a way that questions how we, as a society, could get to a point where we think that looking like our ancestors is something to be ashamed of.


With an emphasis on her own heritage, she alludes to parts of Aztec culture through patterns and colors in Cactus Face, representing her family’s tribal origins. “I think it is essential to learn about where we come from,” she says, “if we want to know who we really are.”

Currently, Torres is working on a commissioned work that deals with the Goddesses of Tonga, a matriarchal society in which all of the gods are women. “I am always looking for stories of women in history and matriarchal cultures,” she says. “I remember as a kid always wanting to defend women and hearing mainly about great men in history or the dominance of males in different species,” which is why at the focus of many of her pieces you’ll find women of all shapes, colors and sizes. She doesn’t hold back on expressing her fascination with the roles women play within the family and community and she admits that she feels empowered just knowing that matriarchal societies exist. 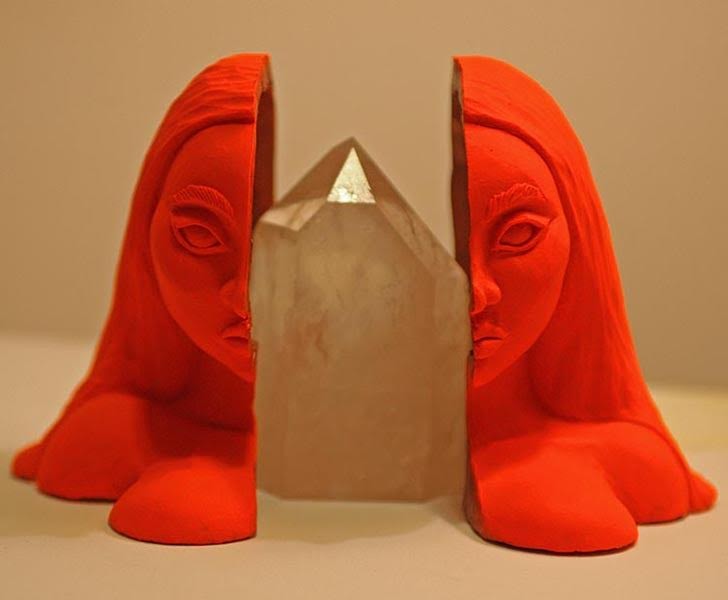 On December 3, Pan Dulce Gallery will have the pleasure of hosting Torres’ first solo show, titled Bleeding Heart, which focuses on the experience of loss and is a representation of her emotional state while she witnessed her father’s fight with cancer, and later, the aftermath of his passing.

Torres says she’s grateful for the opportunity to share her work with San Antonio and to have already met “so many xicanax that are not waiting for revolutionary leaders, but are letting their voices be heard in an engaging way.”