Currently an MFA candidate at the University of Texas at San Antonio, Chicano artist and musician Jason Eric Gonzales Martinez works between sculpture, performance art and assemblage to create “artefacts/mixtech” that deal directly with “the experience of Texas Mexican Americans and the hybridity that is formed by living as an intersectional being.” That hybrid classification begins to make a lot of sense when you study his deftly executed creations, many of which could indeed pass for mysterious relics left behind by a lost civilization. Often incorporating earthy materials (corn masa, nopales, leather, clay, wood, bronze, found objects, etc.), Mesoamerican symbols and rasquache sensibilities, Martinez’s works come to light in “nos/otras,” an MFA thesis exhibition hosted in UTSA’s offsite gallery Terminal 136. Free, 6-9pm Thu-Fri, Terminal 136, 136 Blue Star, (210) 458-4352, art.utsa.edu. — Bryan Rindfuss 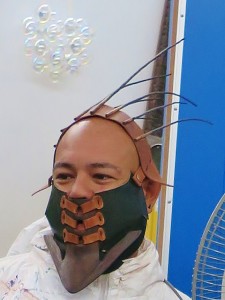 Visualize Lil Dicky taking his first steps into the codeine-laced streets of Screwston – that’s the strange essence of Ugly God. Like the viral YouTube rapper, Ugly God is aroused by ordinary life at its most uncouth. In crude and outlandish numbers like “I Beat My Meat,” we hear Ugly God reflect on masturbation to the unmistakable tune of a ringing iPhone. It’s an artless response to the glitzy hype that enshrouds the Billboard rappers who dominate radio. Self-depreciating to the extreme, Ugly God stands as a blunt foil to Kanye West’s colossal ego and Drake’s shallow ostentation. Just as his working moniker implies, he resonates like the deified incarnation of the unsophisticated facets of life that listeners encounter every day. $16.75-$50, 8pm, Paper Tiger, 2410 N. Saint Mary’s St., www.papertigersa.com. — Abby Mangel

While most contenders in the NBA place premium value on chemistry, the Spurs continue to compete with an emphasis on what Gregg Popovich calls “corporate knowledge.” Loosely defined as an intrinsic familiarity with Spurs sets, complimented by a sense of humor and the ability to “get over oneself,” corporate knowledge has been tested early this season with the abundance of new faces on San Antonio’s roster. Nothing against Matt Bonner, but now that Coach Pop's ideal starting lineup has been restored, things are starting to click for the silver and black on both ends of the floor. The reemergence of Pau Gasol and the passing game should offer a solid counter to Washington's promising yet dysfruntional backcourt on Friday night. $24-$1,843, 7:30pm, AT&T Center, One AT&T Center Pkwy., (210)444-5000, attcenter.com. – M. Solis

With only a couple of exhibitions under its belt, Presa House Gallery has proven itself as an independent art space worth keeping an eye on. Coming from a decidedly different angle than much of the politically charged, often explicit contemporary art addressing the U.S.-Mexico border, the gallery’s December show “Borderwavve” brings together four artists employing the visual vocabulary of abstraction to “shatter misconceptions and claim their space in the art world, on behalf of la frontera.” 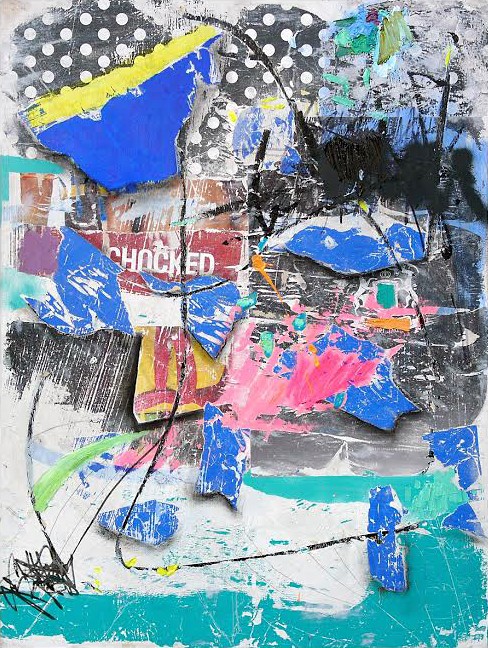 Dark forces are at work in T.J. Cowgill’s King Dude. Stark and prophetic, the Seattle folk project is steeped in sinister shades of the occult. Mumbling choruses with the quick reprise of a satanic incantation, King Dude concocts twisted numbers like “Lucifer Is the Light of the World.” Marked by Cowgill’s bottomless baritone – his vocal pitch oats somewhere between Johnny Cash and the wrathful god of the Old Testament – King Dude’s obscure variety of Americana plays out like campfire songs for the more outdoorsy sects of Luciferians. $13, 7pm, Paper Tiger, 2410 N. Saint Mary’s St., www.papertigersa.com. — AM
Fri 12/2 - Sat 12/3
Articopia

The Southwest School of Art’s Articopia holiday bazaar has returned for another year, filling the campus’ Coates Chapel with unique and handmade objects perfect for all your gifting needs. Vendors run the gamut from letterpress prints to modern apparel and home decor. For the environmentally-conscious, Casey Galloway’s Hand Eye Textiles features scratch-made shawls that use fibers she colors using natural dyes then hand-weaves into finished garments – the holy grail for crunchy Farm’s fashionistas – and Boyd’s bath and body products are organic, vegan, and scented with essential oils, providing a gentle clean without harsh chemicals.

If you’re looking for gifts with a sense of humor, BarbacoApparel’s cheeky screen-printed tees will allow you to immortalize your bestie’s taco order so that you never forget it again, and Tattoos & Love Letters’ punny greeting cards will delight your goofy pen pal. The more refined among us will enjoy Loyalty & Blood’s geometric jewelry designs and Guten Co.’s minimalist ceramics. This year also features the introduction of the Feral Cat Collective, which will feature items made by the school’s BFA students. SSA Members will have access to an exclusive preview from 5-6 pm on Friday for an hour of V.I.P. shopping, after which the rest of us plebeians can get our shop on. Free, 6-9pm Fri, 10am-5pm Sat, Southwest School of Art, Coates Chapel, 300 Augusta St., (210) 224-1848, swschool.org. — Kelly Merka Nelson

Christmas Eve, 1914: hunkered down in the trenches, British soldiers begin to hear something unusual — instead of exploding shells, strains of the carol “Stille Nacht” begin to cross No Man’s Land as German soldiers sing to mark the holiday. Soon after, soldiers began to lay down their weapons and cross into No Man’s Land. They exchanged gifts of food and tobacco, sang together, and even buried each other’s dead. Styled as a radio musical drama, All Is Calm tells the story of the Christmas Truce through the words of those who were there, using text from “letters, journals, official war documents, poetry [and] grave stone inscriptions” among its sources. The Playhouse’s production features San Antonio’s all-male a capella group The Marcsmen, and for anyone looking for a double dose of holiday cheer, a special double feature of All Is Calm and A Marcsmen Christmas will run on December 17. $10-$40, 8pm Fri-Sat, 3pm Sun, The Playhouse, 800 W. Ashby Pl., (210) 733-7258, theplayhousesa.org. — KMN

Austin-based electric blues man Jimmie Vaughan, the older and slightly less celebrated brother of Stevie Ray Vaughan, is a multiple Grammy winner, a dedicated student and practitioner of American rock ‘n’ roll, jazz and blues, and a guitar virtuoso par excellence. Recently, he’s been quiet on the album release front, but has stayed busy touring, including a guest spot playing with the Foo Fighters on the PBS show Austin City Limits in 2015. As with any guitar great, Vaughan’s prowess is most fully on display in the live setting where his fingers can trace his racing mind and consistently inventive musical ideas upon his guitar with unfettered abandon. While blues music may not exactly be in vogue these days, Vaughan’s signature style of writing and playing will never be obsolete. $22-$100, 9pm, Sam’s Burger Joint, 330 E. Grayson St., (210) 223-2830, samsburgerjoint.com. — James Courtney

Over the last three decades, the 1985 comedy adventure starring a pubescent
Sean Astin and a slightly-older Josh Brolin has seen its cinematic cult status
rise so much, Gen-Xers who are smitten by nostalgia don’t care that the movie is sort of just alright (same thing for millennials and their love for Hocus Pocus, which many of them consider a Halloween classic). But I digress. Every parent should enjoy sharing something they loved during their childhood with their own young kids (I have my five-year-old daughter watching The Princess Bride and Pee-wee’s Big Adventure right now), so if your soft spot happens to be laughing at the scene where Chunk does the Truffle Shuffle or reveling in the heroics of a swashbuckling Sloth, so be it. You won’t have more fun experiencing a movie with your little ones than at one of the popular outdoor screenings sponsored by Slab Cinema. And what about that long anticipated Goonies sequel? No new news to report, but back in 2010 Brolin told the Current, “I’m loyal to [The Goonies]. I would probably do anything they wanted me to … unless I thought the role was ridiculous.” Free, 7pm, Hemisfair Park, Yanaguana Gardens, 434 S. Alamo St., (210) 212-9373, slabcinema.com. – KM

Gary P. Nunn is the best damn Texas country singer-songwriter that you’ve never heard of. Well, maybe that’s unfair. If you’ve been paying close attention to Texas country, you’ve probably at least heard his songs. The man—who is a Texas Musical Ambassador and inductee of the West Texas Hall of Fame, who’s been writing and picking alongside some of the more recognizable Texas country greats for over 50 years—has garnered heaps of acclaim from his peers, including Jerry Jeff Walker, Michael Murphy, David Allan Coe, and Willie Nelson, all of whom have recorded versions of his songs throughout the years. Nunn, whose best (or at least most iconic) song “London Homesick Blues” just might be the perfect paean to Texas, will celebrate his 71st birthday, amid crowds of the devoted and curious alike, within the warm, beery, and friendly confines of Gruene Hall, on a stage that he’s graced countless times throughout the years. $15, 9pm, Gruene Hall, 1281 Gruene Rd., New Braunfels, (830) 606-1281, gruenehall.com. — JC