Dolly Parton is a legend. Oh sure, folks say that about all sorts of people, but with Dolly, there’s hardly another word more apt. The actress, author, entrepreneur, fashion icon, philanthropist, country cultural touchstone, and, of course, supremely gifted singer-songwriter is the most awarded female country act of all time. And all the accolades she’s won (including eight Grammys and seven Academy of Country Music Awards) barely do her justice. Her voice, which has aged beautifully and gracefully, is solid country gold, with a timbre and a twang that is unmistakably her own. Indeed, Dolly is responsible, along with just a handful of other pioneering women, for making all facets of the country music establishment — notoriously a “Good Ol’ Boys Club,” as Kacey Musgraves called it last year — more open to the talents of women. While she’s busy with a whole host of things these days, even at the ripe old age of 70, the opportunity to see Dolly perform live, especially in a place like the Tobin, doesn’t come around too often. Don’t miss out. $95-$1,000, 8pm Thu, Tobin Center for the Performing Arts, 100 Auditorium Circle, (210) 223-8624, tobincenter.org. — James Courtney

Though he’s not the first comedian to discuss how hard it is to make people laugh instead of just pissing them off in these ever-shifting, uncertain times, Mike Birbiglia — the almost preternaturally lovable force propelling Sleepwalk with Me, What I Should Have Said Was Nothing and My Girlfriend’s Boyfriend to heights sometimes transcending stand-up — is quite possibly the best comedian to examine the topic in a way that does more than incite even further ire. Though he should have his latest show Thank God for Jokes polished to a Netflix-ready sheen by the time the tour gets to San Antonio, he’s been performing a show called Working It Out, where he takes bigger risks with unproven material to gauge exactly what gets a chuckle anymore. As the blurb for the show says: “The same jokes that elicit laughter have the power to produce tears, rage, and a whole lot of getting yelled at.” Knowing Birbiglia, he’ll engage the offended with empathy and turn some of the most unexpected reactions to his jokes into astonishingly insightful comedy gold. $27.50-$32.50, 8pm Fri, Tobin Center for the Performing Arts, 100 Auditorium Circle, (210) 223-8624, tobincenter.org. — Jeremy Martin

Lubbock-born guitarist and songwriter Joe Ely is all over the place, in terms of his musical style(s) and his poetic vision expressed in song. The cowboy rock ‘n’ roller is active in the alt-country band The Flatlanders, which also features Texas country dignitaries Butch Hancock and Jimmie Dale Gilmore, and, in the past, has worked with such divergent acts as The Clash, Los Super Seven and Bruce Springsteen. Ely even took a jaunt into experimental electronic territory, as heard on 2014’s B4 84, an album made on the Apple II computer and recorded more than a decade before the idea of personal computers really took off. But it is his solo country efforts that really showcase Ely’s prowess and cement his place as a Texas music icon. His most recent output, 2015’s Panhandle Rambler, is as perfect a collection of reflective, West Texas country music as you’re ever likely to find. $20-$90, 8pm Fri, Sam’s Burger Joint, 330 E. Grayson St., (210) 223-2830, samsburgerjoint.com. — JC

Now here’s a consummate New Yorker worth getting behind. Billy Joel, known to those who love him as simply The Piano Man (after his most iconic song), hasn’t released an album since 2001’s collection of classical compositions Fantasies & Delsusions. But that hasn’t stopped the pioneering, piano-centric rock ‘n’ roller from continuing to pack arenas around the globe. Fans have every reason to hope that Joel, a man who knows his audience and caters to it well, will lean heavily on music from his prolific 1970s output in terms of his set list for this show. Joel, who over the past several years has been raking in the distinguished accolades (see: The Library of Congress Gershwin Prize for Popular Song and The Kennedy Center Honors), is a man on fire in the live setting, where his gift for piano playing is given room to roam. Maybe he didn’t start the fire, but he’s damn sure keeping it going. $49.50-$1,000, 8pm Fri, AT&T Center, One AT&T Center Pkwy., (210) 444-5000, attcenter.com.
— JC

Based on the true chronicles of comic genius David Sedaris’ stint working as an elf at Macy’s Santaland, this cult classic riffs on a few of his truly odd encounters during the height of the holiday crunch. Kelly and Bart Roush direct John Stillwagon (as Sedaris’ not-so-merry alter ego Crumpet the Elf) in The Classic Theatre’s production, which contains mature content and is not recommended for children. $20, 8pm Fri-Sat, 3pm & 7pm Sun, The Classic Theatre of San Antonio, 1924 Fredericksburg Road, (210) 589-8450, classictheatre.org. 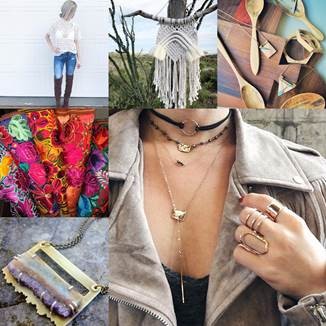 A regular on Chelsea Lately and a recurring character on the The Mindy Project, comedian Fortune Feimster recently collaborated with Tina Fey on the semi-autobiographical sitcom Family Fortune. Although it never made it past the pilot stage, it’s easy to see why Fey wanted in. After watching Feimster on stage for even a few minutes, one can’t help but mentally build a sitcom around the plain-spoken North Carolina native and self-proclaimed redneck — the story she tells on Conan about coming out to her father is touching, embodying an Emmy-worthy emotional arc in a quick back-and-forth, and the awkward living situation she experienced in Spain as related on Comedy Central’s This Is Not Happening sounds like a sitcom concept in and of itself. $18.50, 8pm & 10:15pm Fri-Sat, 7pm Sun, Laugh Out Loud Comedy Club, 618 NW Loop 410, (210) 541-8805, lolsanantonio.com. — JM

The Spurs have been practically unbeatable away from the AT&T Center so far, setting a franchise record for consecutive road wins to tip off the NBA season. While Kawhi Leonard’s increased effort on the offensive end has been critical to San Antonio’s success in opposing arenas, the team has also received a much-needed boost from their bench. A scrappy mix of the title-tested Foreign Legion and last season’s Juice Unit, Coach Pop’s reserves blend veteran moxie and youthful athleticism with a healthy dose of timely shooting. Sparkplug Patty Mills has shown flashes of his Olympic form, and rookie Davis Bertans’ shooting stroke has somehow sweetened the trade that brought Leonard to San Antonio. The Brooklyn Nets should be hard-pressed to match the Spurs bench this Saturday night. $16-$1,600, 7:30pm Sat, AT&T Center, One AT&T Center, (210) 444-5000, attcenter.com. – M. Solis

Star Wars fans and cosplayers of all stripes are encouraged to show their love of the light/dark side of the force at this annual walk that kicks off with vendors, artists, live music, food and drinks around the Tower of the Americas, steps off for the Alamo at dusk and then returns to the Tower for more Star Wars-inspired antics until 10pm. Free, 4-10pm Sat, Tower of the Americas, 739 E. César Chávez Blvd., (210) 223-3101, facebook.com.