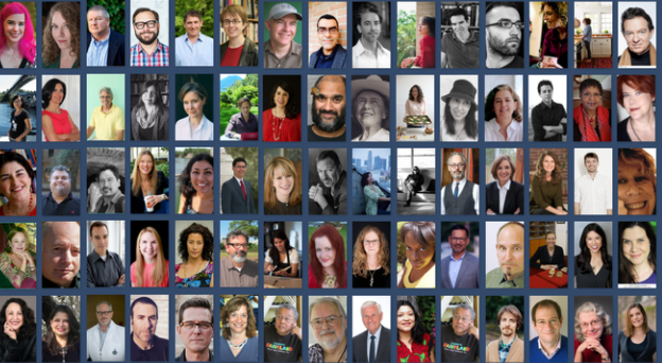 The San Antonio Book Festival, now in its fifth year, announced the lineup for its 2017 fest this morning, which will include about 30 Latino/a authors, making up a little over a quarter of the authors to be featured.

On the list of local and regional writers we're excited to see are the editors and contributors of Altermundos: Latin@ Speculative Literature, Film, and Popular Culture, which looks at science fiction and fantasy in Latino literature; Lesley Téllez, author of Eat Mexico: Recipes from Mexico City’s Streets, Markets & Fondas (check out her blog, The Mija Chronicles for recipes and travel tips); Maceo Montoya's Chicano Movement for Beginners; and two homegrown Texas poet laureates Laurie Ann Guerrero and Carmen Tafolla.

This year's lineup also includes book fest alum and Pulitzer Prize-winning writer Lawrence Wright, who will discuss his latest project, The Terror Years: From al-Qaeda to the Islamic State, a collection of 10 essays published in The New Yorker. Other notables on the roster include Ann Patchett, whose most recent novel, Commonwealth, spent 16 weeks on the New York Times’ bestseller list, and Jessica Luther, a Texas journalist who explores the ongoing Baylor University rape scandal in Unsportsmanlike Conduct: College Football and the Politics of Rape.

The fifth annual SABF is slated for 9 a.m. to 5 p.m. Sat., April 8 at the Central Library and the Southwest School of Art. You can check out the full is of authors here.