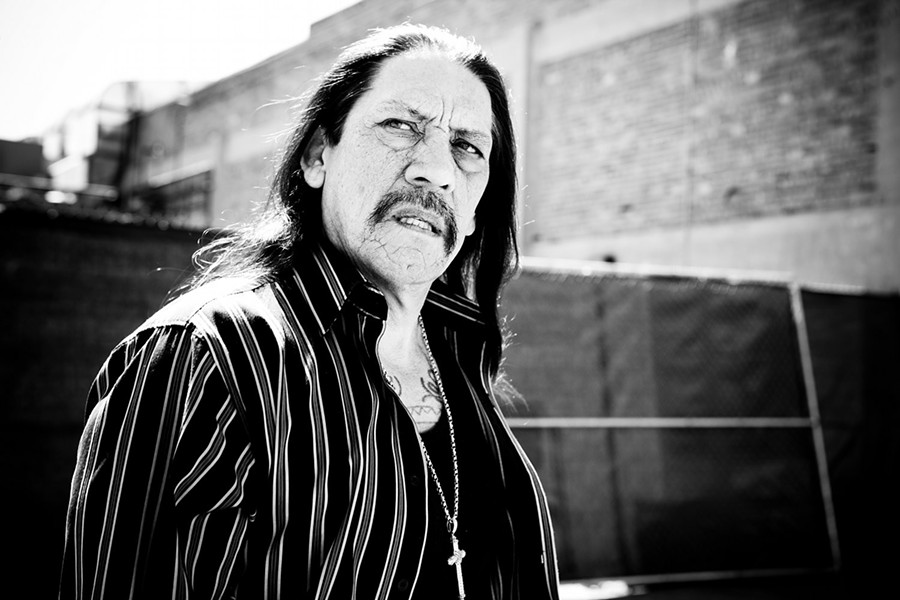 He might be known for hacking people’s limbs off as the vengeful title character in two Machete films. But in real life, actor Danny Trejo is touching hearts, not pulling them out.

Early in his life, before making a name for himself in Hollywood in films such as Desperado, Con Air and Spy Kids, Trejo himself fought drug addiction. In fact, the addiction landed Trejo, who is the cousin of filmmaker Robert Rodriguez (From Dusk Till Dawn), in the California prison system throughout the 1960s.

“Danny’s story sounds like a lot of people that Alpha Home has helped in the 51 years we have been around,” said Angela White, Alpha Home CEO. “He has led the charge for showing how being sober gets better with age. We hope his message inspires hope for anyone needing help from substance use disorder.”

The road to recovery may not be an easy one, but Trejo, who is celebrating 49 years sober this year, is living proof of someone who was able to kick their habit and start on a new path to a successful career and a much happier life.

The Current spoke with Trejo on the phone this week to talk about his stop in San Antonio. To purchase tickets for the luncheon, visit the Alpha Home website here.

What message do you like to bring to people who are fighting addiction since it’s something you went through in your 20s?

How do you feel your status in Hollywood helps reinforce what you want people to know about your own story?

It’s not so much status, it's where I’ve been to where I’m at now. I just have to show people that anybody can do it.

But the fact that you’re a celebrity must help a little, right?

Well, I think it gets people’s attention right away.

Did it take you hitting rock bottom to finally say enough is enough?

You have to hit some kind of bottom to start realizing that your life is not going anywhere. I hit the bottom and I said, “Hey, wait a minute. I’m not going to spend the rest of my life in prison.” I decided to get drugs and alcohol out of my life.

What stories touch you the most when you go into organizations to speak and mentor to at-risk youth and people fighting addiction?

When parents are using, it takes a really strong [kid] to say, “This isn’t the kind of life I want. Just because my parents are doing it, doesn’t mean this is what I want.” They have to find themselves a better role model. Part of my problem was that instead of taking after my dad, who was hardworking, or my Uncle Rudy, who was a college student, I took after my Uncle Gilbert because he had a pocket full of money. I didn’t know at the time that fast money doesn’t last. And it’s usually a $20 wrapped around a whole bunch of ones.

Have you tried to help other celebrities with their addictions?

I didn’t know you did that kind of rehab where you have people living with you.

Yeah, we always have somebody at our house. (Laughs) Everything good that has ever happened to me has been a direct result of helping someone else.

There’s going to be a documentary on your life released next year called Inmate #1: The Rise of Danny Trejo, I’m assuming to coincide with your 50th anniversary of sobriety. What are you looking forward to the most about this film getting out to the masses?

Getting [the film] into the penitentiaries to show guys with no hope that there is hope. The penitentiary is the most hopeless place there is. Hopelessness is drug addiction, alcoholism and penitentiaries. I’ve heard from people in high school, who have seen some of my videos, say it changed their life. They didn’t want to continue on the path they were on.

When are you going to franchise Trejo’s Tacos and bring one to San Antonio? We like tacos here, too, you know.

(Laughs) I think we’re trying to put five in California, two in Vegas, two in San Antonio, Texas and two in New York. So, check it out!