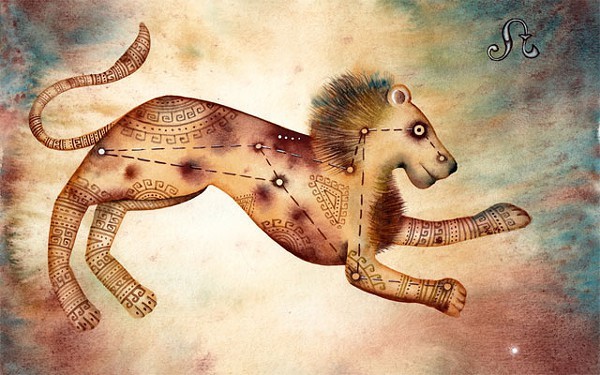 ARIES (March 21-April 19): By my estimates, 72 percent of you Aries are in unusually good moods. The world seems friendlier, more cooperative. Fifty-six percent of you feel more in love with life than you have in a long time. You may even imagine that the birds and trees and stars are flirting with you. I’m also guessing that 14 percent of you are weaving in and out of being absurdly, deliriously happy, sometimes without any apparent explanation. As a result of your generosity of spirit, you may be the recipient of seemingly impossible rewards like free money or toasted ice cream or unconditional tenderness. And I bet that at least ten percent of you are experiencing all of the above.

TAURUS (April 20-May 20): I am launching a campaign to undo obsolete stereotypes about you Bulls. There are still backwards astrologers out there who perpetrate the lie that many of you are stingy, stolid, stubborn slowpokes. As an antidote, I plan to heighten everyone’s awareness of your sensual, soulful sweetness, and your tastefully pragmatic sensitivity, and your diligent, dynamic productivity. That should be easy in the coming weeks, since you’ll be at the height of your ability to express those superpowers. Luckily, people will also have an enhanced capacity to appreciate you for who you really are. It will be a favorable time to clarify and strengthen your reputation.

GEMINI (May 21-June 20): Will Giovanni surreptitiously replace Allesandra’s birth control pills with placebos? Will Camille take a hidden crowbar to her rendezvous with the blackmailer? Will Josie steal Jose’s diary and sell it on eBay? Given the current astrological omens, you may have an unconscious attraction to soap opera-type events like those. The glamour of melodrama is tempting you. But I’m hoping and predicting that you will express the cosmic currents in less toxic ways. Maybe you’ll hear a searing but healing confession after midnight in the pouring rain, for instance. Perhaps you’ll break an outworn taboo with ingenious grace, or forge a fertile link with a reformed rascal, or recover a lost memory in a dusty basement.

CANCER (June 21-July 22): All naturally-occurring matter on earth is composed of 92 basic elements arranged in various combinations. Since some of these appear in trace amounts, they took a long time for humans to discover. In the 18th and 19th centuries, chemists were exuberant when they tracked down seven of the 92 in a single location: an underground mine on the Swedish island of Ytterby. That small place was a mother lode. I’m predicting a metaphorically similar experience for you, Cancerian: new access to a concentrated source that will yield much illumination.

LEO (July 23-Aug. 22): The next four weeks will be an excellent time to upgrade your understanding of the important characters in your life. In fact, I suspect you will generate good fortune and meaningful synchronicities whenever you seek greater insight into anyone who affects you. Get to know people better, Leo! If there are intriguing acquaintances who pique your curiosity, find out more about them. Study the oddballs you’re allergic to with the intention to discern their hidden workings. In general, practice being objective as you improve your skill at reading human nature.

VIRGO (Aug. 23-Sept. 22): In 1787, English captain Arthur Phillip led an eight-month naval expedition to the southeastern part of the continent now known as Australia. Upon arrival, he claimed the land for England, despite the fact that 250,000 Aboriginal people were living there, just as their ancestors had for 2,000 generations. Two hundred years later, an Aboriginal activist named Burnum Burnum planted the Aboriginal flag on the White Cliffs of Dover, claiming England for his people. I encourage you to make a comparably artful or symbolic act like Burnum’s sometime soon, Virgo — a ritual or gesture to assert your sovereignty or evoke a well-deserved reversal or express your unconquerable spirit.

LIBRA (Sept. 23-Oct. 22): The ancient Roman rhetorician Quintilian authored a twelve-volume textbook on the art of oratory. As ample as it was, it could have been longer. “Erasure is as important as writing,” he said. According to my reading of the astrological omens, that counsel should be a rewarding and even exciting theme for you in the coming weeks. For the long-term health of your labor of love or your masterpiece, you should focus for a while on what to edit out of it. How could you improve it by making it shorter and more concise?

SCORPIO (Oct. 23-Nov. 21): Do you know about the long-running kids’ show Sesame Street? Are you familiar with Big Bird, the talking eight-feet-tall yellow canary who’s one of the main characters? I hope so, because your horoscope is built around them. In the Sesame Street episode called “Don’t Eat the Pictures,” Big Bird solves a riddle that frees a 4,000-year-old Egyptian prince from an ancient curse. I think this vignette can serve as a model for your own liberation. How? You can finally outwit and outmaneuver a very old problem with the help of some playful, even child-like energy. Don’t assume that you’ve got to be relentlessly serious and dour in order to shed the ancient burden. In fact, just the opposite is true. Trust blithe and rowdy spirits.

SAGITTARIUS (Nov. 22-Dec. 21): Your lessons in communication are reaching a climax. Here are five tips to help you do well on your “final exam.” 1. Focus more on listening for what you need to know rather than on expressing what you already know. 2. Keep white lies and convenient deceptions to a bare minimum. 3. Tell the truth as strong and free as you dare, but always — if possible — with shrewd kindness. 4. You are more likely to help your cause if you spread bright, shiny gossip instead of the grubby kind. 5. Experiment with being unpredictable; try to infuse your transmissions with unexpected information and turns of phrase.

PISCES (Feb. 19-March: “We cannot simply sit and stare at our wounds forever,” writes Japanese novelist Haruki Murakami. “We must stand up and move on to the next action.” That’s your slightly scolding but ultimately inspirational advice, Pisces. According to my astrological analysis, you have done heroic work to identify and investigate your suffering. You have summoned a tremendous amount of intelligence in order to understand it and further the healing. But right now it’s time to turn your focus to other matters. Like what? How about rebirth?