The Evolution of Contemporary Art in San Antonio 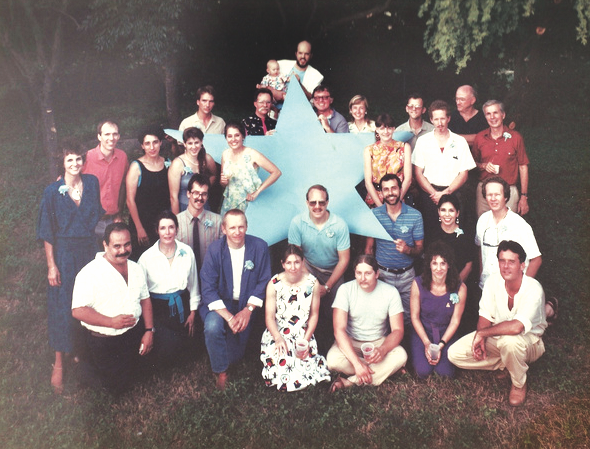 Forged in the fires of rebellion, the founding of the Blue Star Art Space and Contemporary Art Month ignited the city’s contemporary art scene 30 years ago. At the time, San Antonio artists had a difficult time finding a place to show their work, the city’s museums and other institutions bowed to New York in deciding what was worthy and the entire state struggled to shrug off the label of “Texas regionalism.”

The state’s cosmopolitan cultural center from the early 1800s to World War II, San Antonio, by the 1980s, had failed to keep pace with the developing art scenes in Fort Worth, Dallas and Houston. “Fresh Paint” at the Museum of Fine Arts, Houston, which attempted to define a Houston school, sparked a national debate about how “regional artists” stacked up against New York-approved art stars. Stepping into the fray, the five-year-old San Antonio Museum of Art announced plans for an exhibit featuring about 25 local artists, “San Antonio Contemporary.” However, the museum’s curator clashed with its director, who abruptly cancelled the show.

But in adversity, the city’s artists found commonality and purpose.

A loose conglomeration of artists joined together to present the show in an alternative space, an old warehouse provided by developer Arthur “Hap” Veltman. The artists were led by Jeffrey Moore, who was shaking things up as director of the Southwest Craft Center, and included faculty members at the University of Texas at San Antonio, which established a graduate program in studio art in the 1970s, ensuring a steady supply of well-educated South Texas artists. Dozens of artists pitched in to clean up the warehouse on a street named Blue Star along the San Antonio River in the King William District.

More than 3,000 people turned out for the opening of the Blue Star Art Space on June 27, 1986, proving an audience for contemporary art in San Antonio existed after all. Hoping to channel the movement’s momentum in a positive direction without alienating museum supporters, Moore asked City Council to proclaim July Contemporary Art Month as a way of encouraging citywide support for living, working artists. 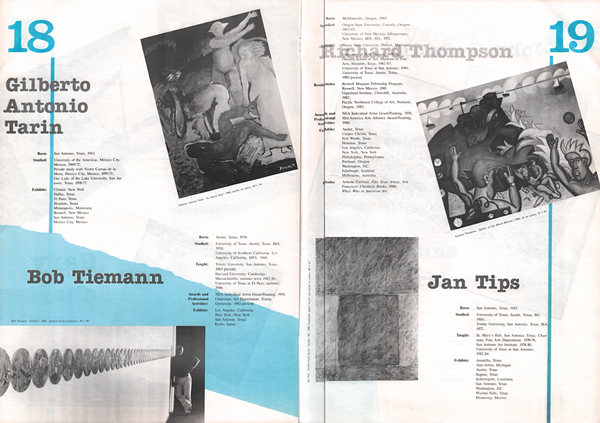 Three decades later, the warehouse has morphed into Blue Star Contemporary, which recently underwent a $500,000 renovation, and is shining brighter than ever. CAM, which primarily existed as a calendar serving as an umbrella for promoting San Antonio’s contemporary art scene, began with around 65 events, including an exhibit at the San Antonio Museum of Art. In 2003, CAM became an independent project and in 2010 officially moved from July to March. CAM 2017 boasted more than 300 events on its online calendar.

Blue Star’s opening and CAM provided a successful model for art walks and studio tours, including First Fridays in Southtown, Second Saturdays on South Flores, On & Off Fredericksburg Road and Olmos Park Terrace Art Stroll, among others.


Many milestones — and some missteps — mark the evolution of contemporary art in San Antonio: 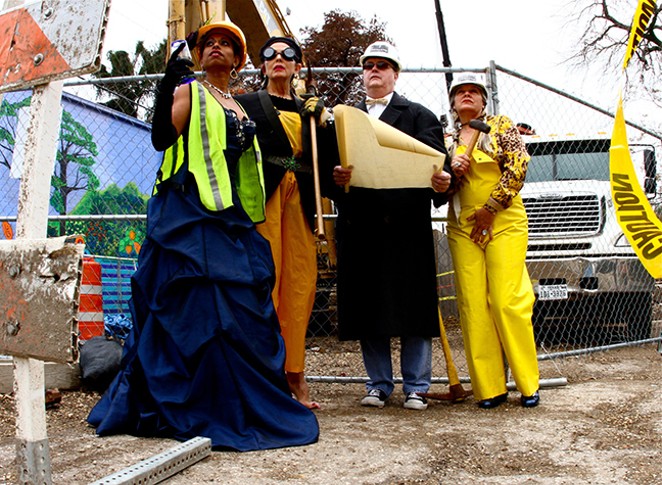 
Before Blue Star, the San Antonio Art Institute presented outstanding contemporary art exhibits and brought in nationally known artists for lectures, workshops and shows. Beginning with art classes taught at the Witte Museum during the Great Depression, the SAAI flourished for more than 50 years as a community art school until a plan adopted in 1980 to transform it into a degree-granting independent art college led to a declaration of bankruptcy in 1993. Located on the grounds of the McNay Art Museum, the SAAI attempted to make an architectural statement with a new $7.2 million building designed by noted architect Charles Moore, but failing to gain accreditation because of financial misfortune and erratic leadership, the school declared bankruptcy before construction could be completed. After standing vacant for 10 years, the Moore building was demolished in 2003. 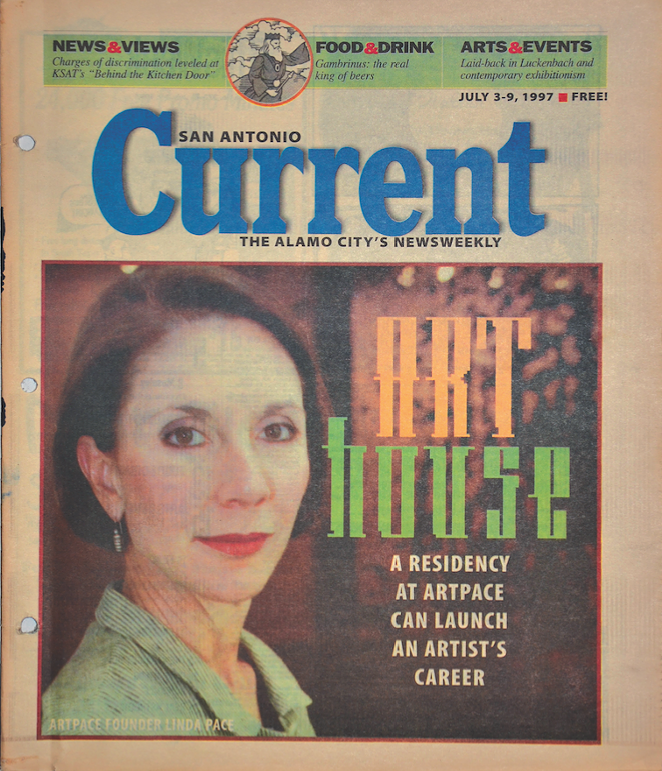 Linda Pace, the city’s most important contemporary art patron, chaired the SAAI board during its sad demise, but she learned from the experience. Influenced by the impact of the well-known artists the SAAI attracted to San Antonio, Pace founded Artpace in 1993 and the International Artist-in-Residence program opened in 1995, in the renovated car dealership where it is located today. Setting the tone for the many exhibits to come, Artpace’s inaugural exhibition featured artists chosen by Rob Storr (then senior curator at the Museum of Modern Art in New York), who selected Jesse Amado of San Antonio, Felix Gonzalez-Torres of New York and Annette Messager of Paris, France. Artpace’s guest curators discovered the city’s thriving art scene and opened doors internationally to San Antonio artists, doing more than any other local institution to erase the stigma of being a “regional artist.” 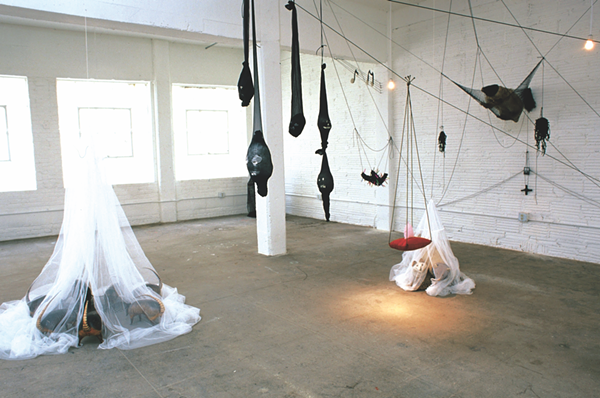 Organized since 1995 by Michael Mehl and Anne Kinser, Fotoseptiembre floods nearly every museum, gallery and art space in the city with a tsunami of photography exhibits during September. 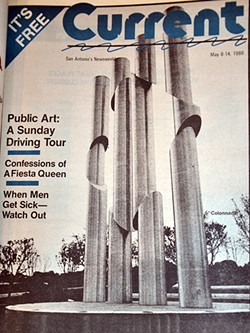 While the culture wars raged, politically charged discussions about establishing a public art ordinance roiled San Antonio in 1996, but the ordinance was rescinded in 1997 and replaced with linguistically less-controversial “design enhancements” until a percent for art ordinance was finally adopted in 2011. Regardless of what it’s called, the work of regional, national and international artists now graces many of the city’s offices, libraries, bridges, parks and other public improvements.

Buoyed by the dreams of San Antonio’s Latino artists to establish a national museum for Latino art, the Museo Alameda took the city on a wildly hopeful but ultimately disillusioning ride from 2007 to 2012. Touting the first formal Smithsonian affiliation outside of Washington, D.C., the Museo Alameda opened in a hot-pink building in Market Square as the largest Latino museum in the country. Despite several groundbreaking Latino exhibits, the museum never attracted the huge crowds it projected and financial woes mounted until the closing. A local university briefly flirted with operating the space, but the renamed Centro de Artes is now managed by the city’s Department of Arts & Culture. 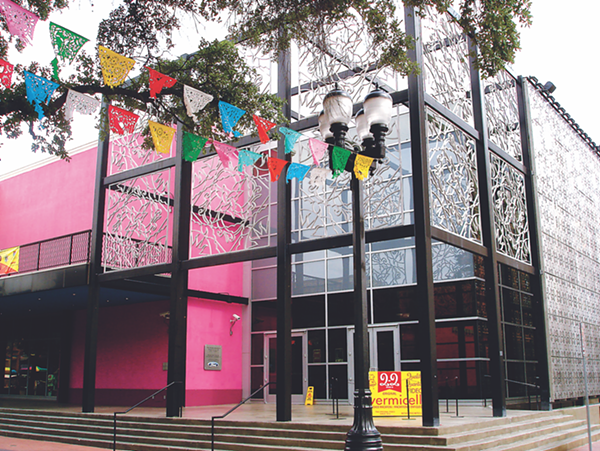 Texas’ first modern art museum when it opened in 1954, the McNay Art Museum upped its game dramatically in 2008 with the addition of the 45,000-square-foot Jane and Arthur Stieren Center for Exhibitions designed by French architect Jean-Paul Viguier, providing the city with a world-class space for contemporary art exhibits. 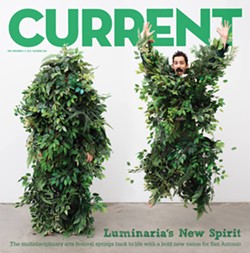 
In September 2010, Paula Owen, president of the Southwest School of Art & Craft, formerly the Southwest Craft Center, announced the school would drop the word “Craft” from its name and work to become the first independent degree-granting school of art in Texas. The school built a $1.3 million addition to the ceramics studio and successfully completed a $10 million capital campaign including $2.5 million for scholarships. The school has become a center for contemporary art since the 2008 renovation of a former Sears Automotive Center that houses the Russell Hill Rogers Galleries and large, sophisticated studios specifically designed for visual arts. 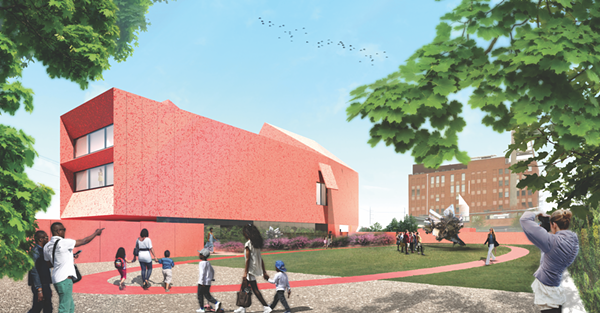 The Linda Pace Foundation plans to break ground this spring for the $16 million Ruby City, a 14,000-square-foot exhibition space that will house Pace’s extensive collection in a facility designed by famed British architect David Adjaye, now best known for his Smithsonian National Museum of African American History and Culture in Washington, D.C. Pace’s dream of a gleaming “ruby city” is scheduled to open in 2018 where San Pedro Creek crosses Camp Street.