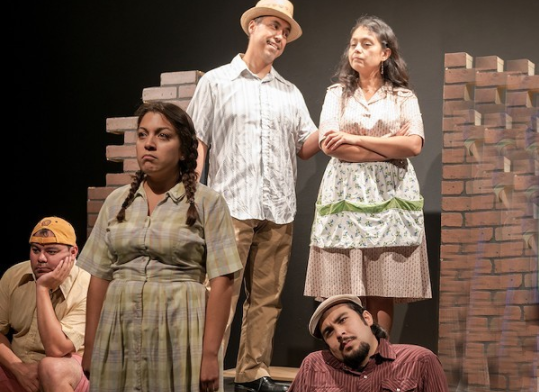 In September of last year, the Classic Theatre’s production of Sandra Cisneros’ The House on Mango Street was so successful, every spot of the theater’s 99-seat capacity was sold out for each night of the performance.

Six months later and the play, directed by José Rubén De León, returns to San Antonio by popular demand. In a 2016 interview with the Current, León explained the road bumps the cast had to overcome before opening night, admitting that the play “almost didn’t happen,” during a rehearsal break. With Cisneros’ blessing and last-minute casting changes, the play received two thumbs up from the Mango Street author and a standing ovation time and time again.

With this month’s performances you can expect to see the original cast come together to once again for the coming of age story of Esperanza Cordero in The House on Mango Street.