A Condensed Timeline of Cornyation

by Bryan Rindfuss and Amy Stone 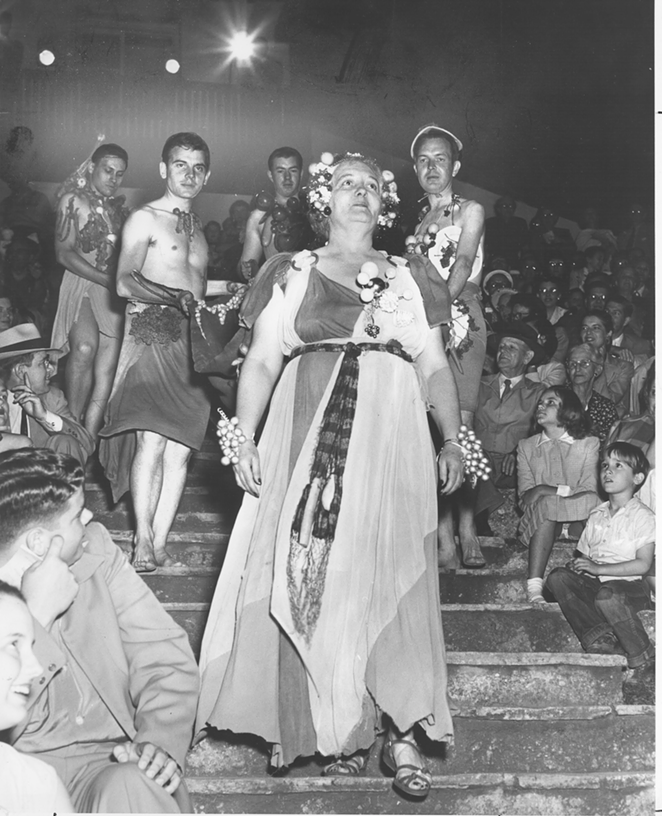 1950: In the 1950s, Cornyation really began as a satire of the Coronation of the Queen of the Order of the Alamo, an exclusive Fiesta event. Staged at the Arneson River Theatre during the San Antonio Conservation Society’s Fiesta event A Night in Old San Antonio, Cornyation was focused on directly mocking the Coronation. The structure of it was set up around duchesses with outrageous names. Introductions of that time were modeled after the Coronation’s introductions. In the 1950s, it played to a family audience. 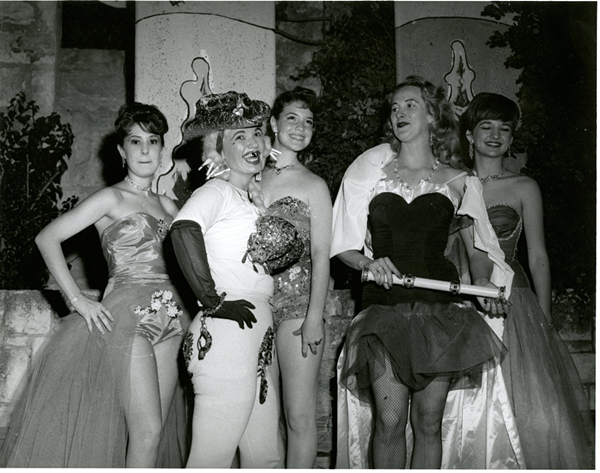 1960s: In the 1960s, Cornyation became racy. It started to focus on national and local politics and criticizing elites more directly, especially social elites in San Antonio. After the 1964 show, Cornyation organizers got in trouble with the San Antonio Conservation Society, and they officially got kicked out of NIOSA in 1965. However there was lot of enthusiasm — it was a very controversial decision. There was a discussion in the newspaper about it. There was support from the Fiesta Commission for them to continue having Cornyation at another venue. Unfortunately, they picked an Italian restaurant that was hard to find and they had a very low turnout for the 1965 show. So the San Antonio Little Theatre, which was sponsoring it, decided to discontinue the show.

1970s: Several of the designers from the final show attempted to revive it in 1979, at NIOSA again. Not enough people remembered it. It didn’t work well in the venue anymore. 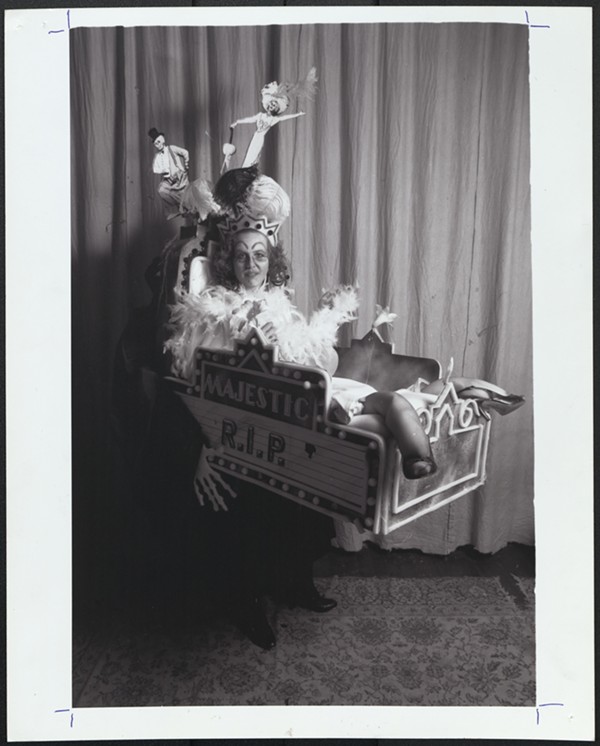 1980s: The year the Bonham Exchange opened, one of the bartenders from the Country, who was going to work at the Bonham Exchange, looked at the Bonham’s ballroom and thought it was the perfect place to revive Cornyation. He had been involved in the last years of  Cornyation in the ’60s, and so he called up some of the designers, who were very young men at that time, and they got together and they revived it. And it was this really bawdy, crowded, edgy show in the 1980s that played to an adult audience. And it was possible for them at that time to be far more explicit with their sense of humor and costuming than they ever could be for a family show in the 1950s and 1960s. 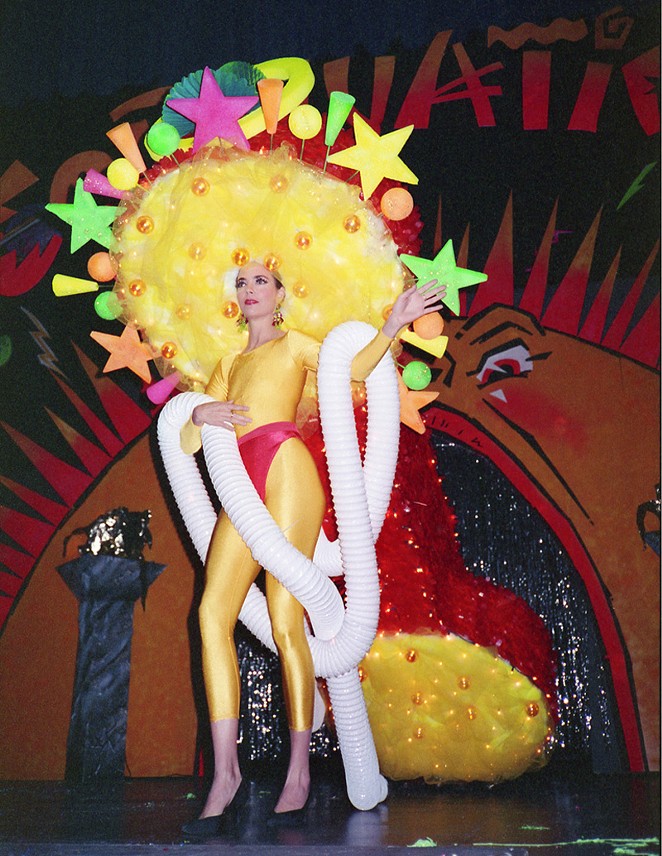 1990s: In the 1990s they eventually — very quickly actually — outgrew the Bonham Exchange. The space was just not enough, so they moved to Beethoven Hall (now the Magik Theatre), which gave them a real theater to work in and it also gave them a lot of space. The designers’ costumes became much more elaborate. They gained corporate sponsorship for their costumes, which we take for granted now. Cornyation finally moved to the Empire Theatre in the 2000s, where it remains today.