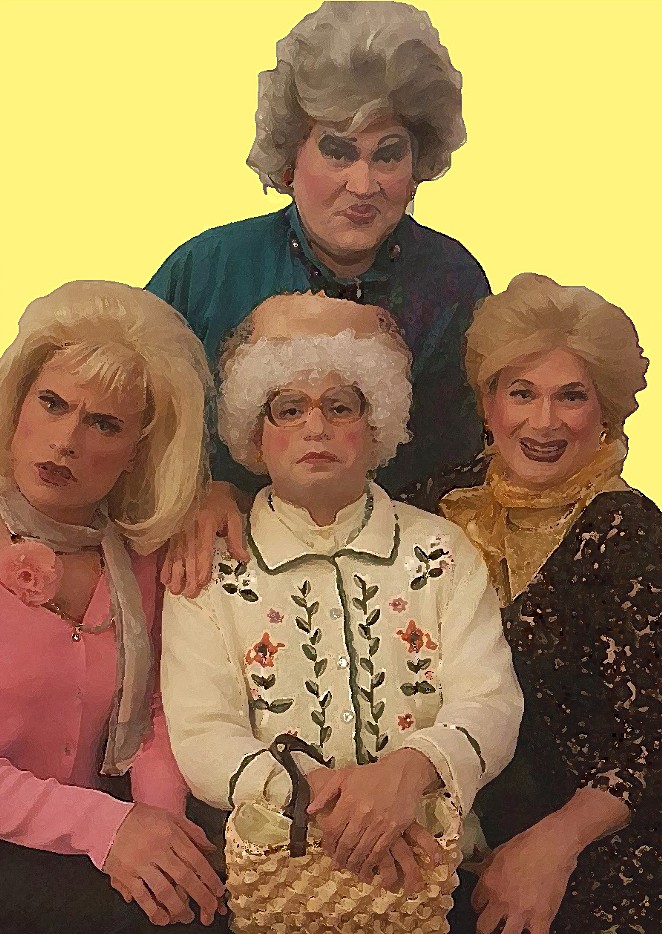 Born in Cape Town, South Africa, playwright and composer Bernard J. Taylor relocated to England in the 1980s and found one of his earliest successes with a musical adaption of Emily Brontë’s 19th-century classic Wuthering Heights. Originally brought to San Antonio for the premiere of his musical Liberty! (billed as “a stirring retelling” of the siege of the Alamo), Taylor met his partner Jerry Wright here and soon adopted the Alamo City as his hometown. During what he’s described as “the most prolific creative period of his life,” Taylor has penned and premiered an array of original works including Ghosts in the Afternoon (at The Overtime Theater in 2013) and The Road to Madness (at Performing Arts San Antonio in 2015), picking up several Alamo Theatre Arts Council (ATAC) Awards along the way. A recent addition to the city’s performing arts scene, Taylor’s new LGBT-centric theater at Woodlawn Point comes to light with a campy tribute to the beloved sitcom The Golden Girls. Directed by Greg Hinojosa, the drag musical sees the fabulous foursome forming a glee club to entertain the residents of Florida’s many retirement homes. Featuring a dozen original songs (including Blanche’s commanding “Make Love Like a Savage”), The Golden Glee Club stars Dave Ankrom (as Blanche), Richard C. Solis (as Dorothy), John Stillwaggon (as Rose) and Dave Cortez (as Sophia). $15-$20, 8pm Thu, Apr. 20, Fri, Apr. 21 & Sat, Apr. 22, 3pm & 7pm Sun, Apr. 23, Woodlawn Point Theatres, 702 Donaldson Ave., brownpapertickets.com.