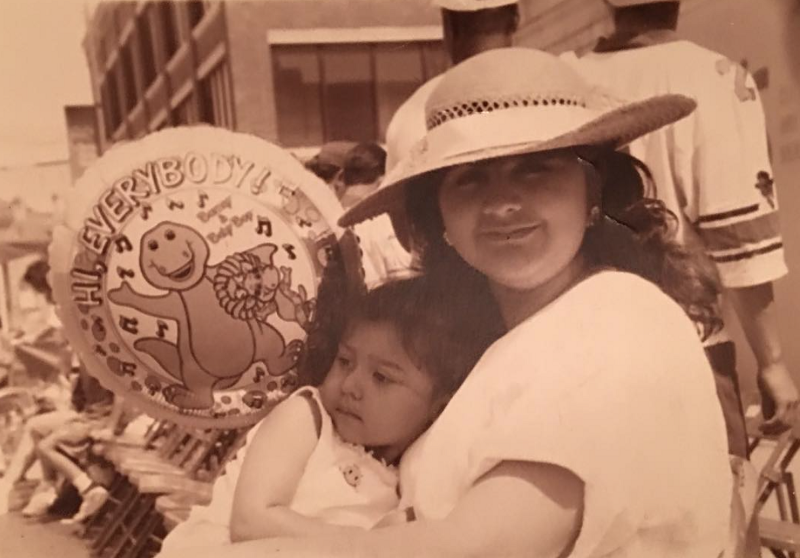 Denise Hernández, who born and raised on the Westside of San Antonio, is the founder of community organization Maestranza, a New Leaders Council fellow, and a spokesperson for a new media-based millennial engagement non-profit called Growing Empowered Together. She is passionate about empowering others and community building through education, collaboration, and activism. This essay, which she first published at medium.com, is her first for the Current.

The first time I appeared on a Battle of Flowers parade float I was 5-years-old. In my full ballet folklorico outfit, beads of sweat streamed down my face while I inhaled fumes from the old truck we were behind. We waved at smiling faces in the crowd. My mom walked alongside the float, and when we came to a brief stop she said, “Deni, when they tell you to show your shoes, just stick your foot out like this!” The Fiesta Flambeau parade has been my favorite for as long as I can remember, and it is a small point of pride that I’ve been in several Fiesta parades throughout my life as a San Antonio native. My feelings surrounding Fiesta are conflicted, and I would be remiss to say that ignorance is bliss — especially when recognizing the violent and oppressive history and continued appropriation Fiesta exemplifies.

In a very condensed history of the Revolution of Texas, Anglo settlers set up colonies in the Mexican state of Coahuila y Tejas, and despite Mexico’s abolition of slavery in 1829, Anglo settlers did not follow the laws of the land and ignored the reforms. In 1830, Mexican president Anastasio Bustamante signed a few laws aimed in controlling the state of Coahuila y Tejas, which included that new Anglo colonists follow the emancipation proclamation, pay higher tariffs, and abide by settlement contracts that stated a township must have at least 150 settlers or the colony would be canceled. Another law prohibited immigration from the U.S. to Coahuila y Tejas amidst fears the U.S. would try to take the state by force. These laws were widely ignored as Anglo Americans re-classifed enslaved people as lifelong indentured servants, and still continued moving from the U.S. into Tejas. Meanwhile indigenous tribes of the area launched attacks on the colonists.

By September 1835 Stephen F. Austin established himself as head of Anglo-Americans in Tejas and called for war with Mexico to secure Texas independence. After a few battles, including the first Battle of Gonzales that led to the “Come and Take It” slogan, in November President Santa Anna left Mexico City to regain Tejas from the rebel Texans. Over a series of many battles throughout Tejas, Santa Anna and Mexican forces were defeated at the Battle of San Jacinto. In 1891 local women celebrated by throwing flowers at each other in front of the Alamo and thus Fiesta was born. Over the years, it evolved from an annual Battle of Flowers parade to include parties, balls, and a carnival. In 1909 local businessman John Carrington and other San Antonio men established The Order Of The Alamo to establish a carnival queen and her royalty. The Order of the Alamo continues to be an exclusive and private members-only organization.

What Fiesta fails to recognize is the consequential oppression and violence of Mexicans at the hands of Anglo Texans following Texas’ “independence.” Many Mexican landowners were intimidated, falsely imprisoned, or murdered when they refused to give up their lands. Texas Rangers continued to lynch Mexicans throughout Texas simply for being Mexican. In schools, my grandparents and other Mexican children were punished for speaking Spanish and were segregated in poorer schools from their White counterparts. Many spaces were segregated so Mexicans could not access White society. The Westside of San Antonio, where my family is from, was an area sectioned off for poor refugees of subsequent wars and was one of the largest slums in the country. The Westside still remains one of the most underserved communities in the city. San Antonio continues to be one of the most racially and economically segregated cities in the country because it was built this way. 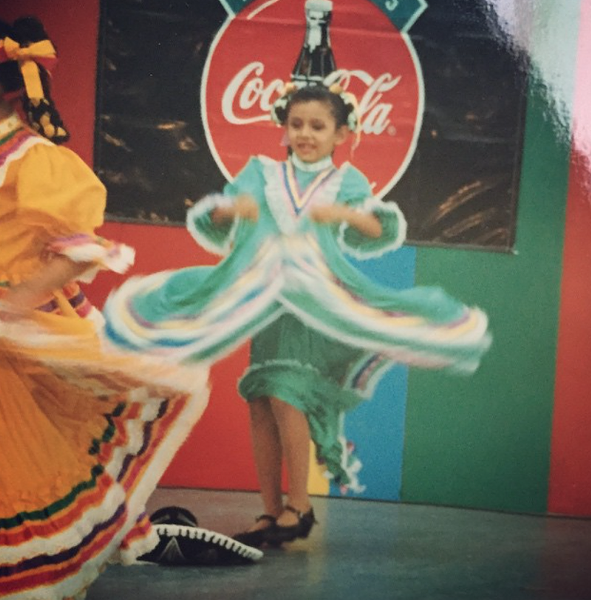 The establishment of Fiesta “royalty” was created as a means to celebrate Whiteness and posture a divide between the poorer classes of Brown and Black folks, seen as “subjects” by wealthy business owners who likely made their money off of cheap, of color labor. The idea of celebrating the subsequent violence enacted on the Mexican/Tejano population, and then using our culture as a theme to celebrate said violence is disconnected, at best. Although Fiesta as a celebration today is a great money-maker for many in the community who may not have access to work otherwise, and the current organization Fiesta San Antonio gives back to the community in many ways, the underlying (or obvious) whitewashing of oppressed culture is repugnant.

And still, I love Fiesta despite hating it so much; not for any of its history or its means to posture Whiteness and appropriation, but for the memories created despite the ugliness. I love wearing flower crowns, eating chicken on a stick, and stacking cups at NIOSA (Night In Old San Antonio). Some of my favorite memories are of waving from floats, marching in parades, and performing around the city in celebration of my culture. However I continue to feel very unnerved, concerned, and annoyed by people celebrating the continued imperialist attitudes that prevail through America’s White history. Throw confetti on it, play some mariachi music in the background, and deep fry our culture on a stick in order to commercialize violent oppression and make it more palatable, even fun. Can I move through Fiesta crowds this year in their full regalia without wondering, “Did you vote for Trump?”

While we’re enjoying the next ten days of Fiesta, I urge that you recognize how complicated and layered our cultural identities are. As a Chicana with many generations deep in Tejas, and many generations of those in San Antonio, my relationship to imposed traditions is something I’m continually unpacking in an effort to understand my identity and its nuances. Hopefully as the years of Fiesta continue there will be more queens and princesses that look like me and the 60 percent of the greater San Antonio area, whose shoes aren’t worth more than my rent as a final affront that we are celebrating vague Whiteness and the continued oppression and appropriation of the Mexican-American/Tejan@ population.