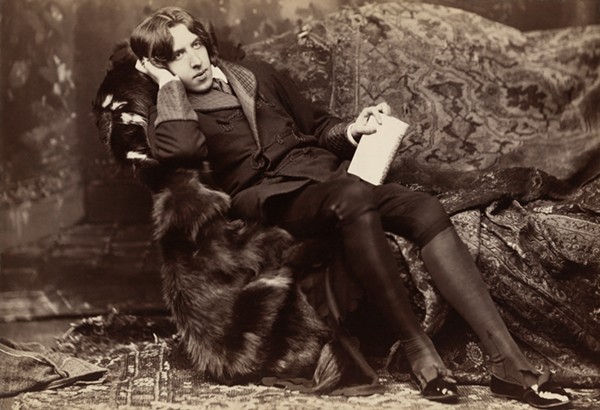 From its early days in the Blue Star Arts Complex to its stint in the shadow of the Pearl, The Overtime Theater has consistently captured our attention with truly unusual (even absurd) programming that’s taken shape in nearly 100 original works since its inception back in 2007. Having recently celebrated the grand opening of its new home on Bandera off Loop 410, the award-winning OT is digging into the foreshortened life of Oscar Wilde, a playwright, poet and critic beloved for his haunting novel The Picture of Dorian Gray (1891) and his comedies A Woman of No Importance (1893), An Ideal Husband (1895) and The Importance of Being Earnest (1895).

A flamboyant rebel who espoused the aesthetic movement (led by a belief of “art for art’s sake”), Wilde had two sons with his wife Constance Lloyd but later struck up a homosexual affair with Lord Alfred Douglas (aka “Bosie”). Convicted of sodomy and sentenced to two years of hard labor, Wilde penned De Prundis (an autobiographical monologue dedicated to Bosie) while incarcerated and then addressed inhumane prison conditions in the poem The Ballad of Reading Gaol before dying broke in a Paris hotel at age 46.

In The Last Days of Oscar Wilde, local playwright Bernard J. Taylor focuses on key relationships in Wilde’s life as well as the tragic demise of one of the Victorian era’s most enigmatic icons. Derek Berlin directs Marc Daratt (as Wilde) in the world premiere. $10-$15, 8pm Fri-Sat, 3pm Sun through May 27, The Overtime Theater, 5409 Bandera Road, Suite 205, (210) 557-7562, theovertimetheater.org.