Prophecy and Secrecy Mark the Return of Twin Peaks 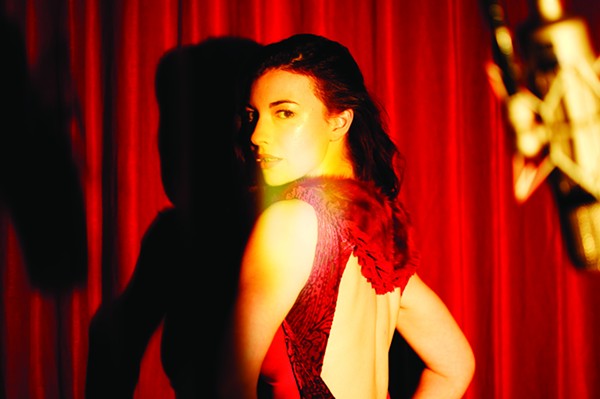 Just in time for the start of summer, Showtime’s resurrection of Twin Peaks will finally grace our screens, transporting longtime fans and new watchers alike to the misty and mysterious small Washington town surrounded by weird and wonderful woods. While many of us have been anticipating the new episodes with bated breath, Twin Peaks’ return also marks an opportunity to introduce a new audience to the series, which laid the groundwork for some of today’s most popular shows.

By 1990, David Lynch already had the films Dune, The Elephant Man, and Blue Velvet under his belt, but Twin Peaks was the first exposure much of the television-viewing public had to his signature storytelling and visual style. Although it was inarguably a hit after its short first season, uneven episode quality and studio meddling caused viewership to taper off during its second season and the show was ultimately cancelled. The series was followed by the prequel film Fire Walk With Me in 1992, but beyond that, the story of Twin Peaks appeared to be wrapped up.

As time went on and the show achieved cult status, some wondered whether Laura Palmer’s famous show-ending line – “See you in 25 years” – was prophetic. It was the show’s anniversary (which technically happened in June 2016) that reportedly spurred Lynch to consider reviving Twin Peaks.

The show’s turbulent revival included a few hair-raising moments for fans, most notably when Lynch briefly split from the project in April of 2015. But, according to a recent story in Variety, Showtime’s CEO and president of programing managed to hash it out with the director after bringing cookies to his house for a chat.

The new season picks up after the aforementioned time gap, and many beloved characters are returning, including Dale Cooper, Lucy Moran, and more. Frequent Lynch collaborator Laura Dern (of Jurassic Park fame) has also joined the cast in a mysterious role, along with musician and San Antonio native Chrysta Bell, who will be making her television debut on the show’s revival.

However, this is not Chrysta Bell’s first rodeo with Lynch. She has collaborated with him on two albums, 2011’s The Train and 2016’s Somewhere in the Nowhere.

In stark contrast to the recent trend of plot-revealing movie trailers (looking at you, Wonder Woman…), the marketing for Twin Peaks has been remarkably enigmatic, and to great effect. In the final run up to the premiere, a new trailer has dropped that reveals the most footage yet seen of the new series while maintaining an air of inscrutability. Most notably, the latest trailer plays like Agent Dale Cooper’s prophetic dream in the third episode of the original series, which introduced viewers to both the show’s most terrifying antagonist and its most enduring visuals (this is when we first see the iconic red-curtained room with zig-zag floor). The trailer even opens on a shaky shot of a set of stairs (we don’t know whether they’re those stairs, but the parallel is undeniable). “It is happening again,” indeed.

In that same vein, Chrysta Bell (whose name is pronounced as one word) can’t divulge much of anything about Twin Peaks, but believes that “relishing in the mystery is very precious.” She told the Current that while “it used to be a little maddening and pretty upsetting to have to be so secretive,” especially when faced with the frenzied media attention that has accompanied the show’s return, she has made peace with it – especially, she says, now that “the days are numbered – it’s upon us!”

What Chrysta Bell can say is that Lynch has made clear the film Fire Walk With Me is “integral to where the new season is coming from,” and that viewers will definitely be treated to a quintessential Lynchian work – weirdness and all.

Also worth mentioning is Chrysta Bell’s upcoming album, We Dissolve, which drops on June 9, mere weeks after the Twin Peaks premiere, which certainly makes it a busy summer for her. The genre-bending pop album is inflected with jazz and soul, and even includes “murder ballads.” She professes that the album has “a lot of purity in it,” and is “the most exceptional work [she’s] ever done.” Although this new record is not another collaboration with Lynch, her partners are no schmucks – she has paired up with longtime producer and PJ Harvey collaborator John Parish and the album is co-written by local legend Chris Smart. So, despite its lack of an explicitly Lynchian tone, her new music should definitely appeal to a similar demographic.

Twin Peaks: The Return premieres on Showtime on May 21. For viewers itching to binge, the 1990-1991 series is available to stream on Netflix, Hulu, Amazon Prime, and Showtime Anytime.