Audience Participation Encouraged in the Live Tour of TV's 'Whose Line Is It Anyway?' 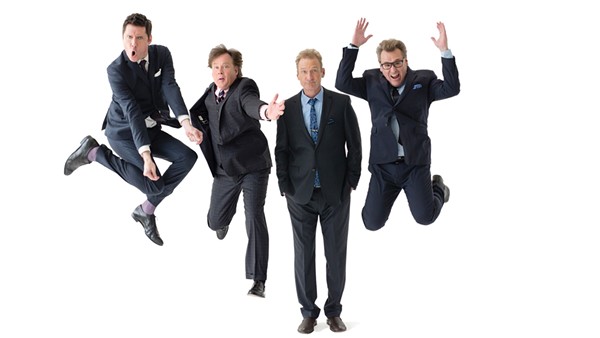 Whose Line Is It Anyway? players Ryan Stiles and Greg Proops have been familiar to fans of short-form improv comedy since the two first began appearing on the British version of the show in the late 1980s, and they’ve been featured on every iteration of the still-popular show, which can currently be seen in its fourth season on CW. Unlike most well-known comics performing live, Proops and Stiles, joined by Joel Murray and Jeff Davis, will actually be encouraging audience members to tell them what to do. But be nice about it. It’s hard to guess exactly what’s going to happen when comedy is being made up on the spot, but suggestions will be encouraged, made-up songs will most likely be sung, silly hats will probably be worn, and heckling is, was and always will be a total dick move. $29.50-$49.50, 7:30pm Thu, May 18, Tobin Center for the Performing Arts, 100 Auditorium Circle, (210) 223-8624, tobincenter.org.