The ‘Jon Stewart of Egypt’ on Mocking the Powerful 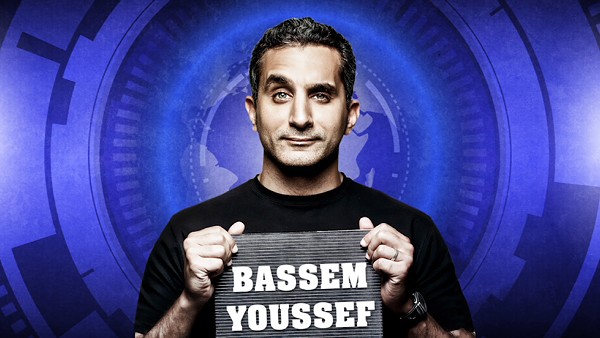 Randomly flip to a channel on your TV these days and you’re likely to land on a network featuring a liberal comedian throwing major shade at President Donald Trump. From Stephen Colbert and Seth Meyers to John Oliver and Bill Maher to Samantha Bee and Trevor Noah and the cast of Saturday Night Live, America is overflowing with such an abundance of sharp, sarcastic, left-wing comedy, the Smothers Brothers could probably reboot their variety show if they really wanted.

In Egypt, however, the same politically-charged role in the media is saved for only one man: Dr. Bassem Youssef.

Described as the “Jon Stewart of Egypt,” Youssef went from heart surgeon to outspoken political comedian and critic during the Egyptian Revolution in 2011 when videos on his YouTube channel caught the attention of an Egyptian TV network that offered him his own talk-show series, Al Bernameg, inspired by Comedy Central’s The Daily Show, which, at the time, was hosted by Stewart.

Like The Daily Show in the U.S., Al Bernameg poked fun of the political landscape in Egypt and gave voice to those Egyptian people who had just used their power to overthrow Egyptian President and Dictator Hosni Mubarak.

In the new documentary Tickling Giants, director Sara Taksler, senior producer at The Daily Show with Trevor Noah, follows Youssef during the creation of his groundbreaking TV show and explores the controversy it created in a country unfamiliar with a free press.

During a phone interview with the Current this week, Youssef, 43, talked about the thin line he has to walk as a comedian in Egypt, and whether or not he thinks comedians should be criticized if and when they cross that line. He also gave us his thoughts on Trump, who he said reminds him of the type of authoritarian Arab leaders he has clashed with in the past.

You started your career as a comedian during a time in Egypt when most people would probably say there wasn’t much to laugh about. How difficult was it to find humor when your country was experiencing these terrible atrocities?

How did you decide you were going to tiptoe that line?

I learned that if you make fun of people in a military government, you have to make sure that you make a distinction between the person you’re making fun of and the ideology. But they will always come back and use that against you.

Do you think comedians should cross that line or should some issues be off limits? Do you think a comedian like Kathy Griffin should’ve been criticized for her recent photo shoot holding a bloody mask of Donald Trump?

I think everything should be up for grabs, but at the end of the day, if [Griffin] is going to do a joke, she is going to have to face the backlash. It’s not about what she does, it’s about what kind of reaction she generates. I think that was the problem with Kathy Griffin. I wouldn’t do something like that. Other people can do whatever they want. I think there are more important issues to speak about.

As a comedian looking at the U.S. from an outsider’s perspective, can you see why so many of our comedians make fun of Donald Trump?

What do you think when you hear Trump call our free press the “enemy of the people”?

It’s a classic populist move. [Trump] wants to discredit the press, the opposition. He’s speaking to his constituents, his supporters. Nothing that Donald Trump does surprises me.

Politically, I know Egypt still is not the country you would like it to be. Would you ever think about running for office yourself?

No, I wouldn’t want to. Comedy is much more entertaining. (Laughs) But never say never.