After three-and-a-half decades of touring, Brian Regan is still at it with his 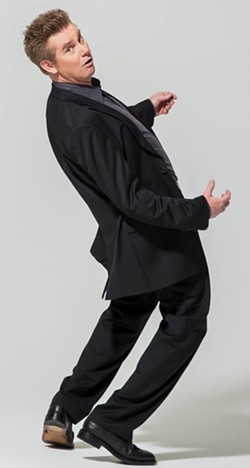 signature brand of clean comedy. Feel free to pack up the older kids and tote them along sans worry ’cause those awkward jokes we all dread in mixed company — offensive, sexual, political or otherwise — won’t be uttered on the Majestic stage. In September of 2015, the Miami native made history with Brian Regan: Live From Radio City Music Hall, the first live broadcast of a stand-up special in Comedy Central’s history. Revered by comedians like Jerry Seinfeld, Chris Rock and Jimmy Fallon, Regan is unique in that his material is relatable to generations of fans. As The New York Times once noted, “He’s a refined technician, a connoisseur of amusing word combinations with a rigorously honed delivery. He plays it safe with subject matter but shows gumption in the details of his performance.” $49.75-$59.75, 8pm Sat, Jun. 17, The Majestic Theatre, 224 E. Houston St., (210) 226-3333, majesticempire.com.