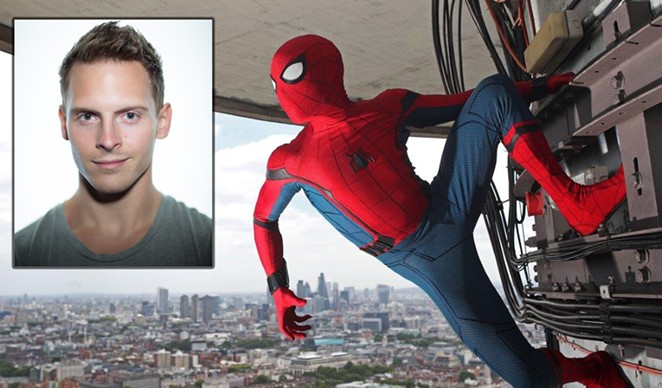 As a student at Churchill High School in the early 2000s, Chris Silcox could never have imagined the time he spent on stage with the drama department would lead him to an unconventional career in Hollywood.

In the new Marvel Studios reboot Spider-Man: Homecoming, which opens at theaters this Friday, Silcox was hired as one of three stunt doubles for actor Tom Holland, who portrays teenager Peter Parker (AKA Spider-Man). The job sent Silcox traveling between Atlanta, New York City and Berlin for nearly three months last summer.

“It was one of the craziest and best things that has ever happened to me,” Silcox, 30, told the Current during a phone interview this past weekend while on a promotional tour for the film in Seoul, South Korea. “I got really lucky.”

After graduating from Churchill in 2004, Silcox, who was born and raised in San Antonio and practiced gymnastics at Alamo Gymnastics Center, studied acting and theater at the University of Illinois at Urbana-Champaign. He also competed in NCAA gymnastics while attending college. Silcox always knew he wanted to be an actor, but didn’t know where his path would lead him to reach that goal.

His career after college began when he landed a gig as an acrobat with Cirque du Soleil, where he worked for the next four years. When one of his Cirque tours ended in Los Angeles one year, Silcox decided to stay in the city and see if he could somehow break into the film industry.

“I really didn’t know what I was going to do,” he said. “It was an uphill battle, but slowly I started getting work as an actor and a stunt performer.”

Then one day last year, Silcox received a random email from a man named George Cottle, who asked him for his clothing measurements, but offered no other information about the request. The mysterious nature of the email deterred Silcox from offering up the personal information so easily.

“I wrote him back and asked, ‘Why’ and ‘For what movie,’ and he wrote me back and said, ‘Nevermind,’” Silcox said. “Then I Googled him.”

Cottle turned out to be a stunt coordinator and stunt performer for several high-profile films, including The Dark Knight, Inception and Kong: Skull Island. His filmography also listed him as the stunt coordinator for the upcoming blockbuster Spider-Man: Homecoming.

“I wrote him back and profusely apologized and told him that I loved all of his films,” Silcox said. “He thanked me and said they were sending 12 people in for a fitting to see who was the best size to be a stunt double for actor Tom Holland.”

After the fitting, Silcox and two other stuntmen were chosen for the job. The next thing he knew, Silcox was on the set with the entire stunt crew rehearsing for the new film. Jumping onto a lamppost, getting hit by a bus and getting dragged across the street were standard duties for him most days.

“We were given storyboards and had to figure out how to get stunts done,” Silcox said. “It was like a stunt academy. I got dropped on my head and my back and punched in the stomach. It was so much fun!”

Although Silcox admits it is a bit difficult to know exactly which Spider-Man he is in the final version of the movie since he “did a bit of everything during filming,” he knows he had his hand in every action scene, even if it was pulling the wires his stunt colleagues, and even Holland himself, swung from. 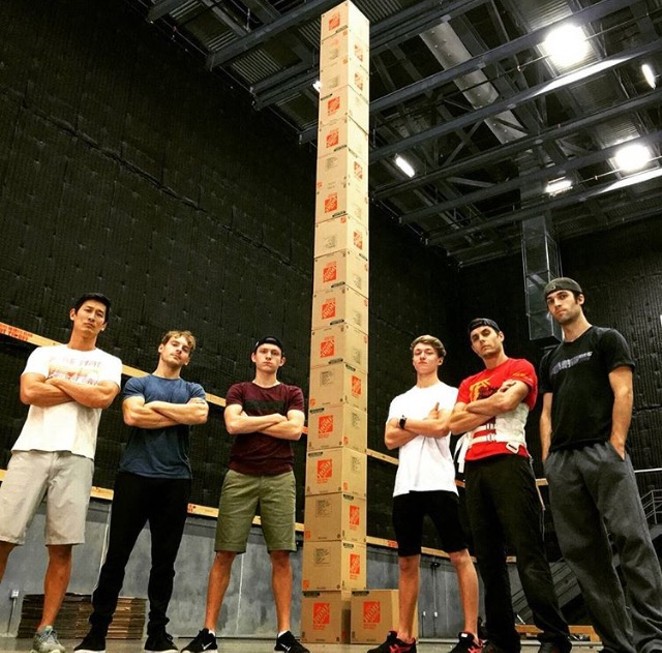 “Whichever one of us is on screen, the others are behind him pulling him into the air,” he said. “It’s a funny industry.”

As much fun as he had hanging upside down in a harness in front of a green screen, Silcox said one of the most surreal moments working on the movie was the first time he tried on an official Spider-Man suit during production. It was then when Silcox felt like he was “a real superhero – like a god.”

“It was unimaginably cool,” he said. “All you want to do is jump around and climb up walls and save damsels in distress. It was fucking epic.”

With Spider-Man: Homecoming behind him, Silcox is now anticipating the release of his next film this Christmas, The Greatest Showman, starring Hugh Jackman. The musical drama tells the story of P.T. Barnum, the founder of the now-defunct Ringling Bros. and Barnum & Bailey Circus. In the film, Silcox works as a stuntman, but is also credited with a role as a circus performer.

Until then, Silcox is waiting patiently in the wings ready to swing in to save the day if called upon.

“We’ll see if Spidey or L.A. have anything else in store for me,” he said.