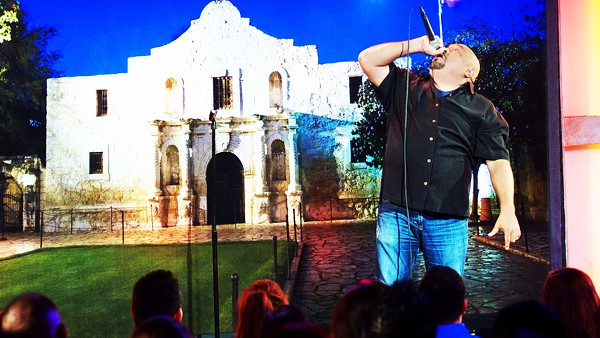 Stand-up comedian Rick Gutierrez’s kids might be all grown up now, but the San Antonio native has one important piece of advice for today’s generation of parents raising young children: stop listening to advice from people trying to tell you how to raise your kids.

“If you’re a parent, you’re going to make mistakes, but all you have to do is work hard for your children,” Gutierrez, 54, told the Current during an interview late last month. “You give them life and a place to live and treat them as well as you can. That’s all you can do.”

That doesn’t mean, however, that Gutierrez isn’t going to dig deep into his own experiences as a father and share stories about the happiness and horror that comes with being a parent. In his stand-up special Gabriel Iglesias Presents: Rick Gutierrez, I’m Not Mad, I’m Just a Parent, which was released last month on Netflix, Gutierrez talks about everything from the pains of growing old to his own childhood where he was one of six kids.

“My dad was a real dad,” Gutierrez said during his special. “He didn’t play around and have discussions with you. He never made an idle threat. He would tell you straight up, ‘I will bury your ass in the backyard.’ I would go to the backyard [and there would be a] hole.”

In the comedy industry for 26 years, Gutierrez, a Harlandale High School grad, admits the stand-up game is a tough one and can sometimes get lonely. A few years ago, the profession affected his marriage and he got divorced. This past Father’s Day, he spent it by himself in Corpus Christi performing on stage. “People don’t understand that I’m here to make you laugh, but I’m also missing my child’s graduation or birthday party,” Gutierrez said. “I had to miss those things to do my job. Don’t get me wrong, it’s the greatest job in the world, but it comes with consequences.”

He compares stand-up to gambling: “Sometimes I’m up and sometimes I’m down, but I’m always throwing the dice.”

As tough as the business is, Gutierrez feels like he’s been lucky enough to throw a few sevens and elevens this year. Along with his stand-up special, he is currently touring around the country and will also appear on the third season of FUSE’s Fluffy’s Food Adventures with comedian and friend Gabriel “Fluffy” Iglesias on July 11.

“You work hard and stay in the business and eventually something happens,” Gutierrez said. “This is a time in my life when everything seems to be going my way.”