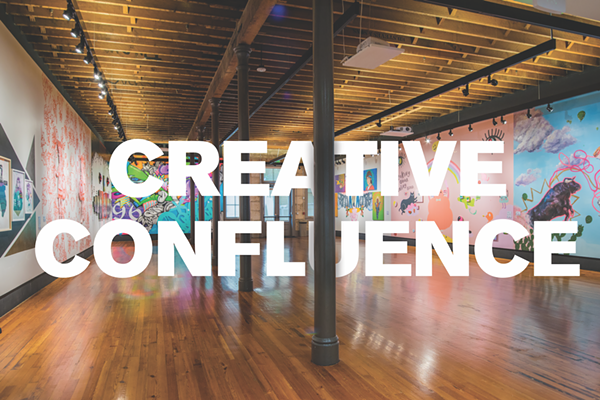 In the spirit of rebellion and disillusionment during World War I, the Romanian poet Tristan Tzara launched Dadism in 1915 in Zurich, Switzerland. Dadists scorned established art and often used photomontages and text to express political views. In New York, Marcel Duchamp and Man Ray began to apply Dadaist principles to photography. Dada eventually evolved into surrealism, which begat pop art, which rebelled against high-brow abstract art in the 1960s.

Dada and pop remain potent influences in the work of 11 San Antonio artists showcased in “MetaDADA: High Art for the POPulace,” on view through August 4 in the Culture Commons storefront gallery and exhibit hall on the first floor of the Plaza de Armas building (next door to the Spanish Governor’s Palace). The City of San Antonio’s Department of Arts and Culture organized the sprawling exhibit, allowing the artists to paint the walls around their work for more of an immersive effect in the roomy, old-timey exhibit hall with high ceilings, wood floors and ghosts of San Antonio’s past. 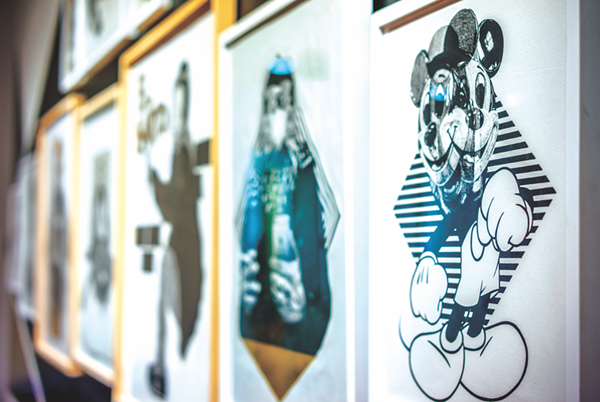 Kelly O’Connor is showing what is perhaps her largest-ever photo collage, In Real Life, a gigantic, mural-size work composed of a myriad of early 1960s-vintage childhood memories, with visions of Disneyland’s castle and Disney movies, with Peter Pan and Dumbo drifting alongside Joan Crawford, Shirley Temple and Dean Martin. It’s so big you’ll have to step outside and look through the French door windows to get the full view.

David Almaguer pays homage to the VHS tape era in the sweeping Blast from the Past II: She Can Do It, featuring heroines such as Ellen Ripley from Alien, Stephen King’s Carrie and disco queen Grace Jones framed by decorative patterns formed with plastic tape boxes and lacy doilies. David “Shek” Vega writes “Thank You” in drippy, dreamy, boldly colored letters in I Think It’s Time We Say, centered on a pair of shackled hands being freed.

Ashley Mireles reconsiders the scientific explanation for the origin of the universe from the perspective of a Mesoamerican god in Chaac and the Big Bang, overflowing with floral patterns. Ana Hernández-Burwell tackles Appropriation in a giant painted wall collage depicting everything from Marie Antoinette to cows flying through the sky.