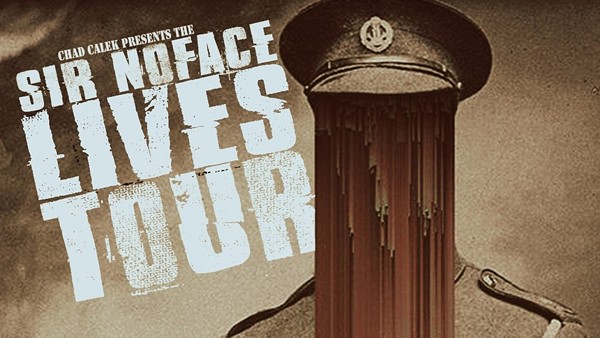 While it’s inevitable that any mention of the word “paranormal” will be met with debunking, it’s also hard to ignore the hype surrounding ghost hunts and investigations into unexplainable phenomena. As his story goes, former Texas resident Chad Calek got drawn into the realm of paranormal investigation as a 12-year-old dealing with an alleged haunting and his mother’s “possession” issues — experiences that eventually took shape in the documentary American Ghost Hunter (2010). Better known for the A&E reality series Paranormal State, Calek met Australian ghost hunter Craig Powell while in Sydney to promote his 2015 film A Blood Red Sky. Eventually joining forces for a collaboration sanctioned by the Australian government, the duo trained their lenses on Cockatoo Island — a purportedly haunted park on the site of a former prison. The result of their research there — the film Sir Noface —