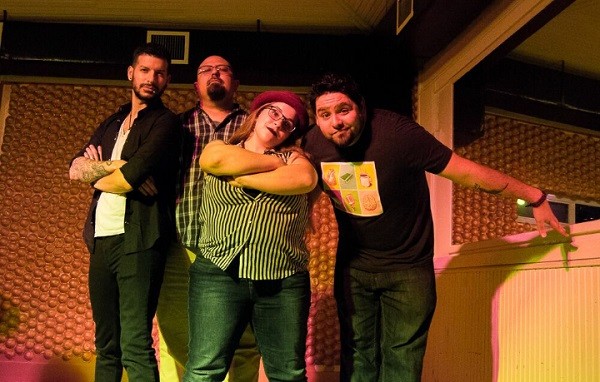 Last week the 2017 PuroSlam Team, which features four local performance poets who had to earn their spot through the crucible of competition, participated in the National Poetry Slam tournament, held this year in Denver.

Since its founding in 1999, PuroSlam, the only nationally certified poetry slam in town, has hosted innumerable weekly slam events, been a vibrant part of uplifting San Antonio’s broader literary scene, and continually made a good name for us at regional and national competitions.

This year’s team, which looked to follow up on the 2016 team’s successful run that led them to the semi-finals, included Rooster Martinez, Sarah Maddux, Chibbi Orduña and Eddie Vega, all estimable and seasoned practitioners of slam-craft.

By way of getting to know the crew that repped Saytown at this year’s nationals, fresh off stealing the show (and the number one spot) at a regional scrimmage slam a few weeks back, Vega offered the following pithy yet endearing descriptions:

Chibbi is the most dynamic, energetic performer on the team. He has a theater background and writes about the struggles of growing up [as] a gay Latino in South Texas.

Eddie writes about politics and tacos. He really has no style. Or energy. He takes the overflow drippings of Chibbi’s fervor and makes the most of it. Chibbi is crème brûlée, Eddie is Jello.

At last week’s national competition, comprised of two, four-round preliminary bouts and a handful of side events, the PuroSlam team narrowly missed making Friday night’s team finals, landing at number 32 overall (out of 80 teams from all over the country).

The team did make it to the Group Piece Finals, however, where they nabbed third place, on the strength of a fiery, humorous, and insightful collaborative piece entitled “Mexican-American Men,” a poem that plumbs the depths of Mexican-American identity and the struggles that come with it. Plus, somewhere in the middle of that piece, they do the Macarena. 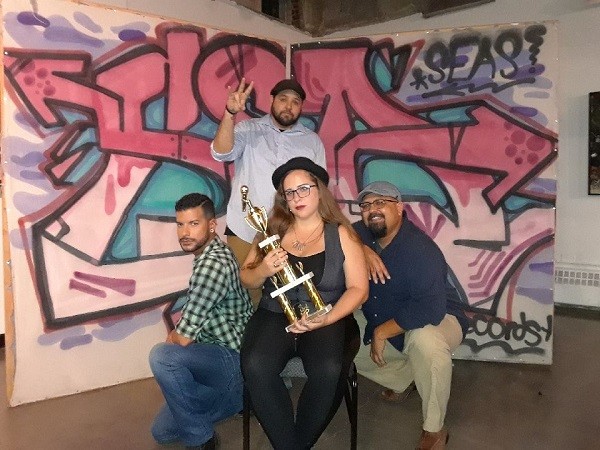 You can check out these PuroSlam poets and others, even possibly get in on the slam action yourself, just about every Tuesday at The Korova (107 E. Martin St.) starting at 10 p.m. This new slam season will officially kick off on September 5 with a special ceremony. Additionally, PuroSlam and San Antonio in general will play host, for the first time ever, to the Southern Fried Poetry Slam in the summer of 2018.