'It' Delivers Scares in an Incomplete Version of its Source Material 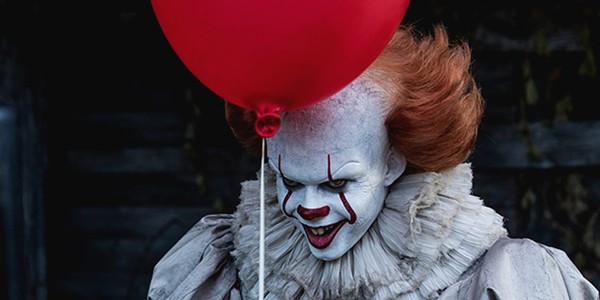 “It: Chapter One” teases the title card over the closing credits of the Stephen King adaptation It, but anyone familiar with the novel could have told you that. The source material told an epic tale of friendship and supernatural horror spanning a generation, weaving together two time frames in the lives of its central characters; this tale focuses entirely on the protagonists as teenagers circa 1989. Can a story built on a decades-long connection work if you never get a chance to see that connection develop?

The short answer is “kind of,” which is about as much as one could hope for. Like other recent examples of dividing a novel in half to get two feature films out of it, It gets to add a bit of depth at the expense of a sense of satisfying completion. Hollywood keeps asking audiences to pay to watch half a story, and we keep letting them get away with it.

Director Andy Muschietti (Mama) and his screenwriters keep the story’s events in Derry, Maine, where several of the town’s children are vanishing. Nearly a year after the disappearance of his younger brother Georgie, Bill Denbrough (Jaeden Lieberher) heads into his post-freshman-year-in-high-school summer with several of his similarly outcast friends. But as their “Losers Club” begins to add members — including pudgy new kid Ben (Jeremy Ray Taylor) and gossip-magnet Beverly (Sophia Lillis) — they begin to realize that they’ve all seen a vision of a creepy clown called Pennywise (Bill Skarsgård), and that every one of their lives might be in danger.

Muschietti leads off with a terrific sequence involving Georgie’s fatal encounter with Pennywise, as the clown peers up at the boy through a storm drain. This Pennywise certainly gets major mileage out of the character’s visual design — from the rodent-like teeth to blood-red makeup streaks bisecting his eyes — but Skarsgård’s Mozart-in-Amadeus cackle and syrupy line readings add layers of menace. It generally hits its marks as a monster movie, leaning more into disturbing images and the unsettling jittery movements of demonic apparitions than jump-scares. There’s something considerably more terrifying about a slide show in a dark garage turning into a portal from hell than there is about soundtrack music cranking up before something goes “booga-booga.”

As solid as It might be as a horror film, it’s better as a coming-of-age yarn with echoes of the King adaptation Stand By Me. The young actors are uniformly wonderful — Taylor and Lillis are particularly impressive — and capture plenty of the awkwardness of their age. The screenplay also is smart enough to highlight the bantering one-upmanship of guys in their early teen years, trying on profanity and sexual references with the giddiness of kids getting their first whiff of adulthood. If this version of It had to be only about the kids, it makes that focus count.

Yet there’s also the sense that, even with the focus entirely on the young versions of these characters, their individual stories are still shortchanged. There’s barely enough time to give each of them a single personality trait — Eddie (Jack Dylan Grazer) the hypochondriac; Mike (Chosen Jacobs) the lone-black-kid-in-town outsider; etc. — before hurtling toward the next disturbing set piece. And despite the narrative’s emphasis that Derry’s malevolent entity manifests as victim-specific fears, and intimations that these fears are connected to adolescent anxieties, those manifestations prove weirdly inconsistent. Sure, it makes sense that becoming-a-woman Beverly might encounter terror in the form of a fountain of blood, but not so much when bar mitzvah boy Stan (Wyatt Oleff) is terrorized by ... a creepy-looking painting.

While the source material for It clearly pre-dates Stranger Things — a hard comparison to avoid, especially given the presence of Stranger Things’ Finn Wolfhard as motor-mouthed Losers Club member Richie — the remaining portion of that source material only allows it to function as a similar “kids in peril vs. evil” scare-fest. There’s no way for their childhood trauma to resonate through the years, the way it’s bound to do in the planned Chapter Two. It counts for a lot to get a thriller made with some craft, and a real ear for the inner lives of teens. It’s also hard not to want the It that’s deeper than that, mining more profound veins of dread and hidden psychological scars. “Pretty good” might be the upper quality range for half a story.